By Dana Omirgazy in International on 24 January 2023 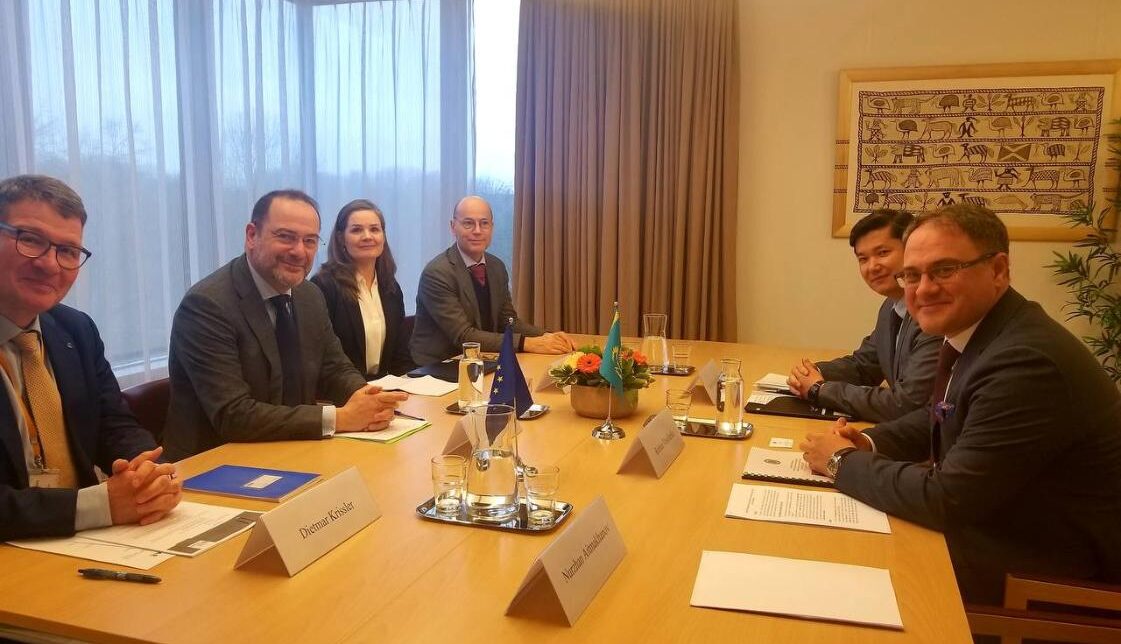 Vassilenko met with Deputy Managing Director for Russia, the Eastern Partnership, Central Asia and the OSCE of the European External Action Service Luc Devigne and EU Special Representative for Human Rights Eamon Gilmore ahead of the 30th anniversary of diplomatic relations between Kazakhstan and the EU marked on Feb. 2. 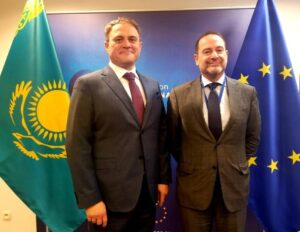 During the meetings, the sides reviewed Kazakhstan-EU relations in a rapidly changing world. They addressed the implementation of agreements reached during the European Council President Charles Michel’s visit to Astana in October last year. This visit and the meetings of Kazakh President Kassym-Jomart Tokayev with the European Commission President Ursula von der Leyen the previous year enhanced the cooperation between the sides and defined priority areas for further partnership.

The sides focused on implementing the agreement on raw materials, batteries, and renewable hydrogen, signed on Nov. 7 at the sidelines of the 27th UN Climate Change Conference of the Parties (COP27) in Egypt.

Vassilenko also spoke about the implementation of large-scale political and socio-economic reforms in the country and upcoming elections to the Mazhilis (the lower chamber of the Kazakh Parliament) and the maslikhats (local administrative bodies) scheduled for March 19. 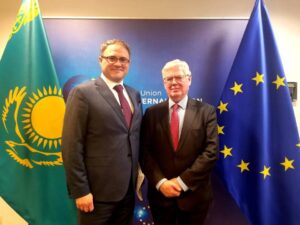 The EU officials, in turn, expressed interest in strengthening cooperation with Kazakhstan and implementing the provisions of the EPCA.

The EU is Kazakhstan’s leading trade and investment partner. The EU accounts for nearly half of the country’s foreign trade and accumulated foreign investment.

In January-November 2022, the trade turnover reached $36.4 billion. The inflow of foreign direct investment from the EU in nine months last year increased by 10 percent compared to the same period in 2021 and reached $8.5 billion.