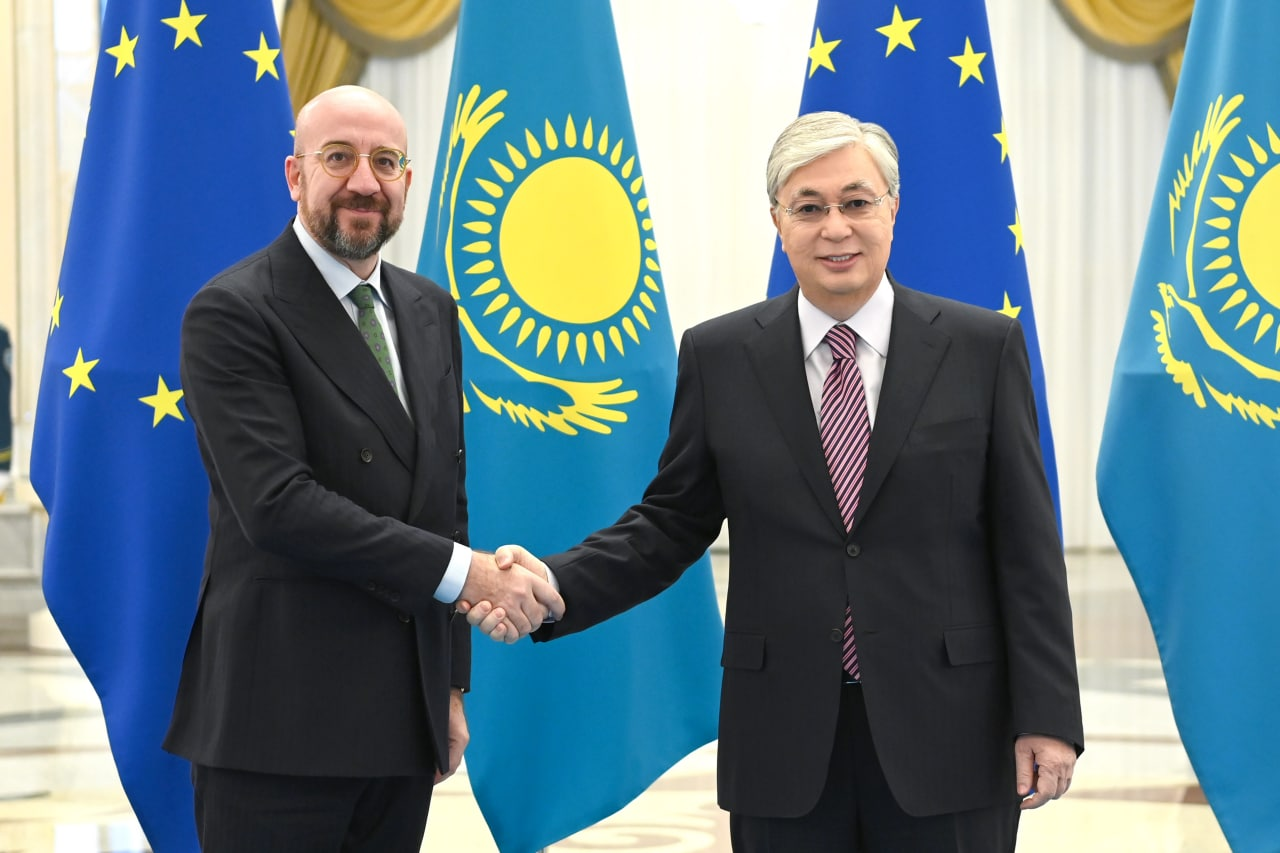 President of the EU meeting with Kazakh President while on an official visit to Astana. Photo credit: Akorda press service.

“Strong cooperation between Central Asian countries is key to the security and development of the region. Today’s meeting is much more than just a policy dialogue between two regions. It is a powerful symbol of our reinforced cooperation and a strong signal of the EU’s commitment to this region,” said Michel.

President Tokayev highlighted that the country’s foreign policy priority remains the development of a strategic partnership with the EU. He noted that Kazakhstan is the only Central Asian country to sign the EU Enhanced Partnership and Cooperation Agreement.

“Your visit provides an excellent opportunity to celebrate significant achievements across the spectrum of the partnership between Kazakhstan and the EU. Next year we will celebrate the 30th anniversary of the establishment of diplomatic relations. We consider your official visit to Kazakhstan as evidence of mutual interest in bringing our relations to a new level,” said Tokayev.

In a joint statement, the two leaders welcomed the constructive dialogue between Kazakhstan and the EU on human rights and the rule of law. The European Council president praised the country’s significant reform plan for advancing its political modernization and vision of a Just Kazakhstan and its commitment to a complete and transparent investigation of the January events. 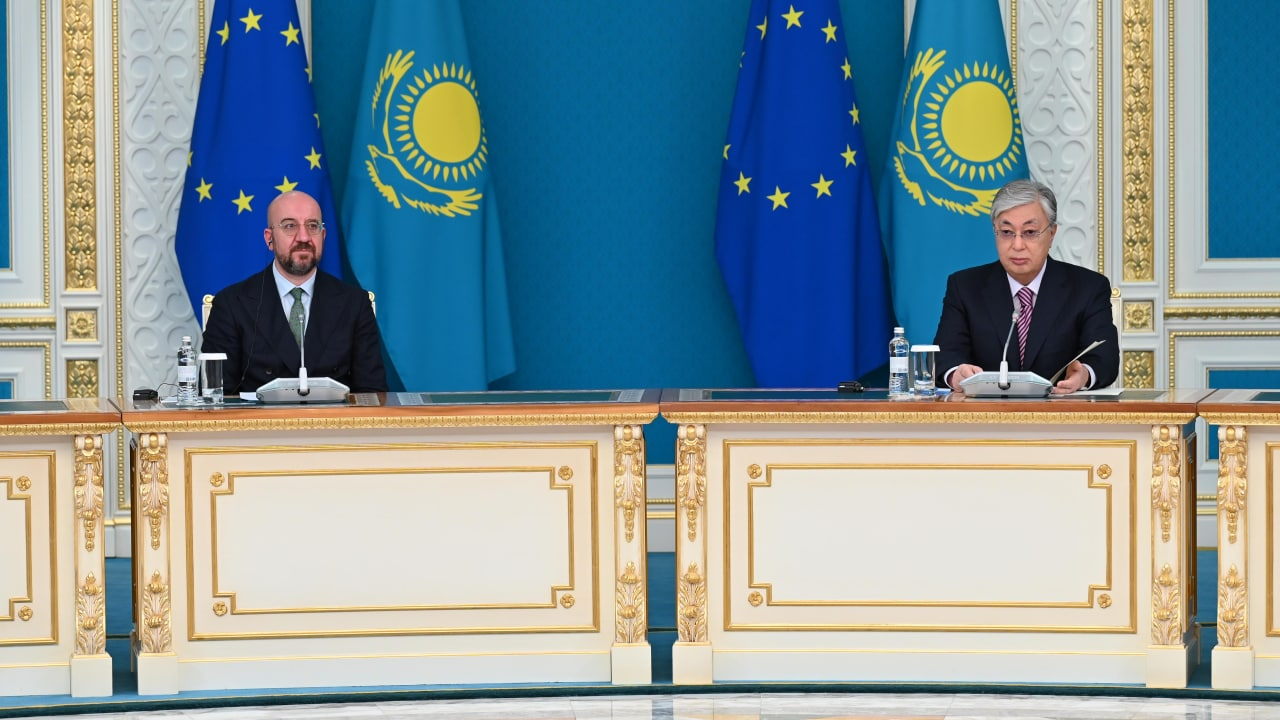 The joint statement paid particular attention to avoiding an unintended negative impact on Kazakhstan’s economy of the EU’s sanctions. Michel reiterated that EU sanctions were not directed against third countries and highlighted the importance of international sanctions being neither evaded nor circumvented. Both sides also discussed the relocation of European manufacturing companies, the products of which are not subject to sanctions, to Kazakhstan.

Tokayev and Michel exchanged views on regional and international agenda, including Afghanistan. The sides underlined the importance of strengthening regional dialogue in Central Asia, which is a key to prosperity, resilience, and sustainable development of the region.

Given the current geopolitical situation, President Tokayev and President Michel noted the importance of expanding existing and developing new international transport corridors between Europe and Central Asia to facilitate global production and supply chains. They also discussed the opportunities offered by the Trans-Caspian International Transport Route and options for its development and the role of other transport connections in the region.

The meeting also touched upon cooperation in critical raw materials, including rare earth metals. The sides confirmed their willingness to develop a strategic partnership in this field. They welcomed the signing of the memorandum of understanding between Kazakhstan and the EU on a strategic partnership on sustainable raw materials, batteries and renewable hydrogen value chains.

The two presidents noted that climate change is one of the most pressing challenges to which Kazakhstan and the EU need to adapt their economic activities. The problem of global warming requires urgent and effective action by the global community. Both sides underscored the importance of strengthening expert, technological and technical cooperation to adapt their economies to low-carbon development.