By Zhanna Shayakhmetova in International, Society on 8 November 2022

ASTANA – Kazakhstan marked the United Nations (UN) Day with the premiere of the Qanattylar inclusive theatre performance at the Kuanyshbayev Kazakh Music Drama Theatre in Astana on Nov. 7. 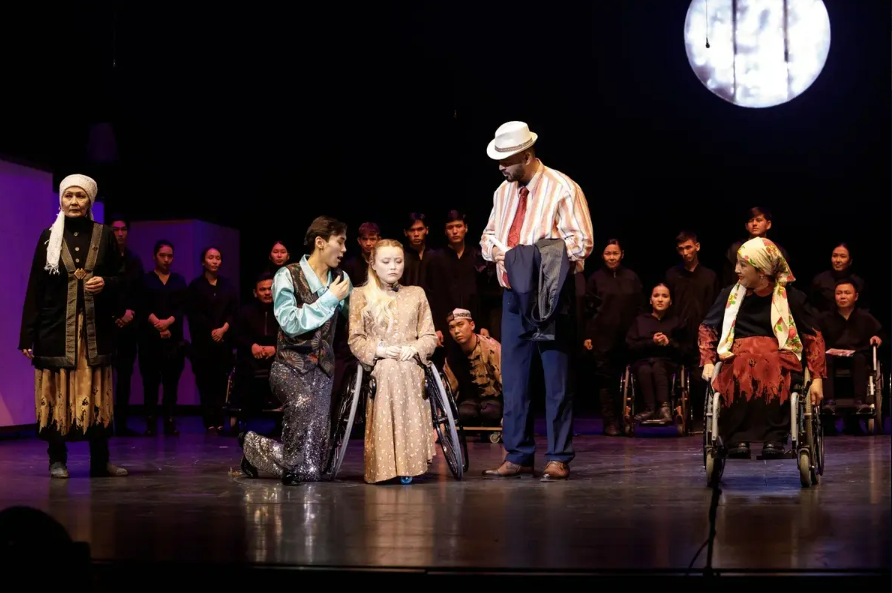 A scene from the play. Photo credit: UN in Kazakhstan

The troupe staged “Leila’s Prayer” a play about the life of a girl with disabilities in the image of an eternal child, a victim of the Semipalatinsk nuclear test site.

“Kazakhstan will continue to contribute to strengthening the role and authority of the UN and to all areas of its activities for implementing our collective desire for a better life. Sustainable development is inclusive, leaving no one behind. Tonight’s “Leila’s Prayer” performance staged by the Inclusive Theatre is one of such good examples,” said Umarov in his welcoming remarks. 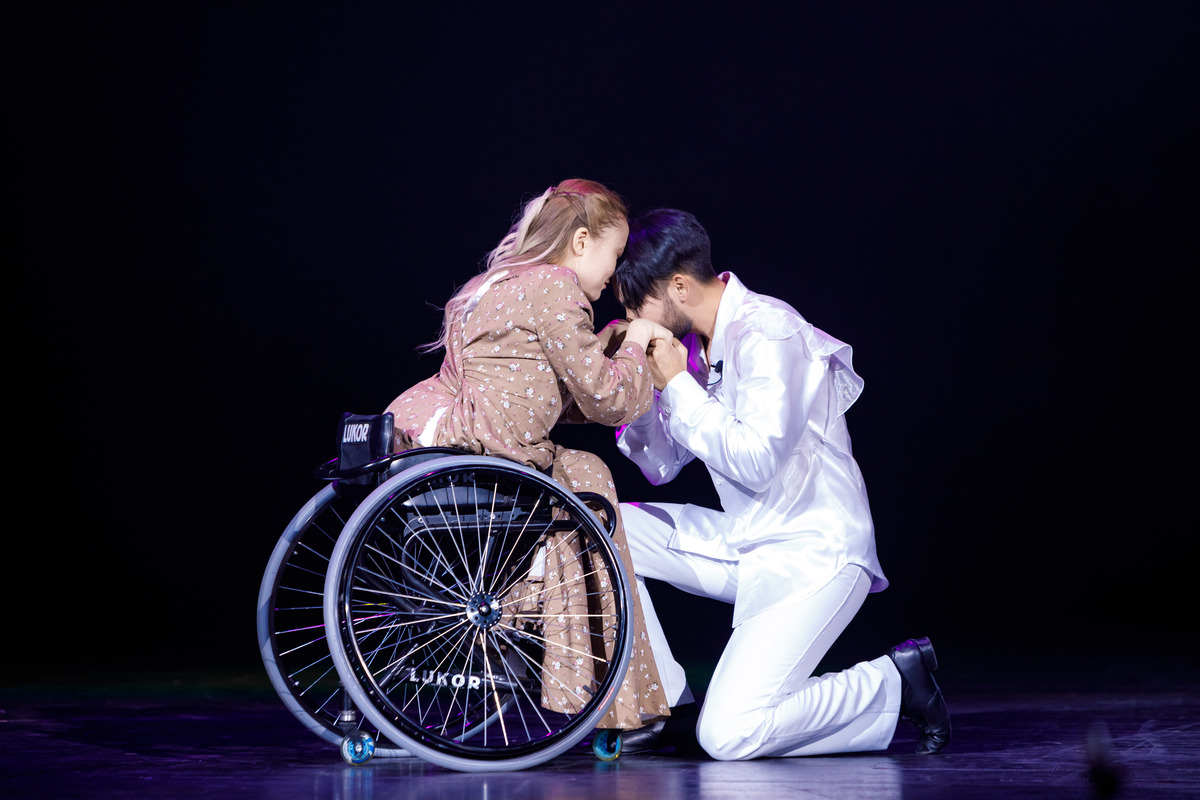 A scene from the play.

“Through our current five-year Sustainable Development Cooperation Framework with the government, we focus on three areas. We empower people with skills and knowledge. We strengthen institutions to provide public services to the people. We protect the environment and support inclusive economic growth. These results cannot be achieved without a strong partnership with the government, without the commitment of international partners and without dedication of civil society and private sector,” said Friberg-Storey.

The event also saw the presentation of an anniversary postage stamp and a commemorative coin in honor of the 30th anniversary of Kazakhstan’s membership in the UN.

It should be noted that the theatre performance was free and open for all city residents.

Aidana Yergaliyeva, one of the visitors, enjoyed the play and noted the importance of the event. “The performance is a candid narration of what people with disabilities go through in their everyday lives,” Yergaliyeva explained. “Many people exclude this group from social circles because of ‘not knowing how to talk or work with them.’ It is a simple fact, but many people fail to understand that disability doesn’t cancel out one’s personality, wits and talents. And the plays like this help to break these imaginative walls built on stereotypes.”

Yergaliyeva also said that the play “touches the century-long ache reserved in the hearts of Kazakhs.” It sheds light on the aftereffect of the Semei test site, corruption, and challenges facing rural communities, among many other social problems.

The event was organized by the UN Resident Coordinator Office in Kazakhstan with the support of the Kazakh Ministry of Foreign Affairs and Kuanyshbaev Theatre.