By Saniya Bulatkulova in Nation on 30 October 2022

ASTANA  – Kazakhstan’s KazPost postal service released a postage stamp of the Commemorative and Anniversary Dates series on Oct. 26 to mark the 30th anniversary of Kazakhstan’s membership in the United Nations, reported the UN office in Kazakhstan. 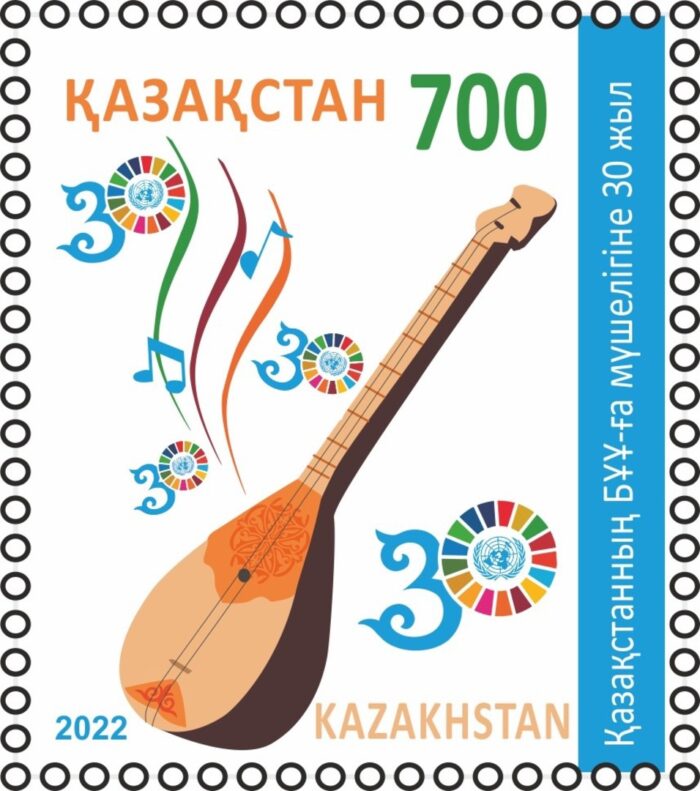 According to UN Resident Coordinator in Kazakhstan Michaela Friberg-Storey, the commemorative postage stamp serves as a symbol to raise public awareness about a significant milestone in the history of Kazakhstan’s foreign policy and commitment to sustainable development.

“It is no coincidence that the dombra was chosen as the basis for the stamp design, as the Kazakh traditional art of Dombra Kui is included in the UNESCO Representative List of Intangible Cultural Heritage. We welcome Kazakhstan’s actions for sustainable development over these three decades,” said Friberg-Storey.

The dombra, a two-stringed plucked musical instrument, is an important part of Kazakh culture. Kazakh musicians used dombra to perform kuis (traditional musical composition) and share their life experiences, knowledge, thoughts, and ideas, so dombra has kept the culture and identity of the Kazakh people for centuries.