ASTANA – Deputy Prime Minister and Minister of Foreign Affairs Mukhtar Tileuberdi and Chairman of the Central Election Commission (CEC) Nurlan Abdirov presented a report on the preparation and conduct of the Nov. 20 presidential elections in Kazakhstan to the heads of diplomatic missions and representatives of international organizations at a briefing on Nov. 15 in Astana. 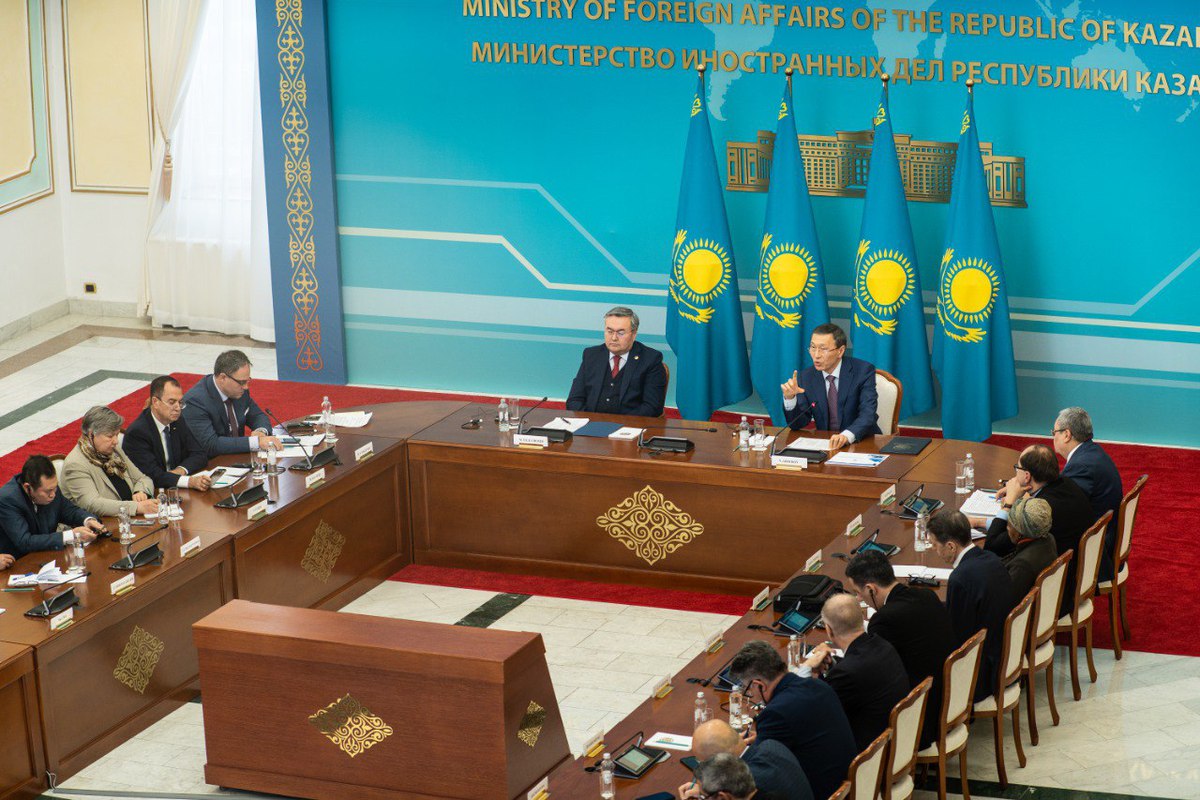 Opening the briefing, Tileuberdi described the upcoming presidential election as “another major milestone in the development of democracy.”

“The election will offer our voters an opportunity to reflect on three years of President Tokayev’s presidency and to consider whether the people support the vision of just and fair Kazakhstan,” he said.

“All the conditions have been ensured for a competitive election,” said Tileuberdi. “Candidates for the president include not only the representatives of political parties but also representatives of various associations that present the interests of society.”

He also highlighted the fact that two women candidates are running for the presidency this year. “This is another important step in Kazakhstan’s ongoing democratic development.  Over 30 years, Kazakhstan has been making concrete steps to ensure gender equality and to promote women’s role in business and politics,” said Tileuberdi.

The Kazakh foreign minister named three unique aspects of the upcoming elections that include forbidding the president to be a member of any political party, the “against all” option in the ballots, and an introduction of a single seven-year presidential term without the right to re-election.

Following the minister, Abdirov presented the results of the commission’s preparation for the presidential election.

“The CEC bases its work in strict accordance with the law that operates on the principles of openness and public dialogue. I especially note that compliance with the norms of the current legislation and law enforcement are always at the heart of our activities,” said Abdirov.

Over 11 million citizens will be able to vote in the presidential election at 10,101 polling stations across the country and in 68 polling stations abroad. The CEC members visited all regions and checked the readiness of the territorial electoral commission’s polling stations and all the required infrastructure, said Abdirov.

He added that creating the conditions for the voting of persons with disabilities is also a priority.

“This issue was considered in detail at one of the meetings of the CEC, as a result of which instructions were given to local commissions, in particular, to provide sign interpretation and stencils,” he said.

For this presidential election, the CEC accredited 641 observers from international organizations and foreign states, including the OSCE Office for Democratic Institutions and Human Rights (ODIHR), the Commonwealth of Independent States (CIS), the CIS Interparliamentary Assembly, and the Shanghai Cooperation Organization (SCO).

“We place great importance on the presence of missions of international organizations that take part in observing the early presidential election. This shows the interest of foreign partners in this event,” he said.

Speaking after the briefing, Montaser Abu Zaid, ambassador of the State of Palestine to Kazakhstan, said that election observations have always been conducted in compliance with international standards, reported Baq news outlet.

“I will be an international observer for the extraordinary presidential election on Nov. 20. This is the fourth time I am participating in political event taking place in your country as an observer. In all previous elections I participated in, the voting was voluntary, without pressure, and in compliance with international standards,” said the diplomat.

Ambassador of Spain to Kazakhstan Jorge Urbiola Lopez de Montenegro addressed the introduction of a single seven-year term at the upcoming elections.  “It is known that making very complex decisions usually requires a longer period of time. I believe that someone who does not reject such needs and turns to change is a good leader. This decision will lead to positive changes,” he told the journalists.