ASTANA – Kazakhstan Institute for Strategic Studies convened on Nov. 21. political experts to discuss the presidential election that the country had on Nov. 20 and share forecasts for the development of the country’s political discourse in the future. 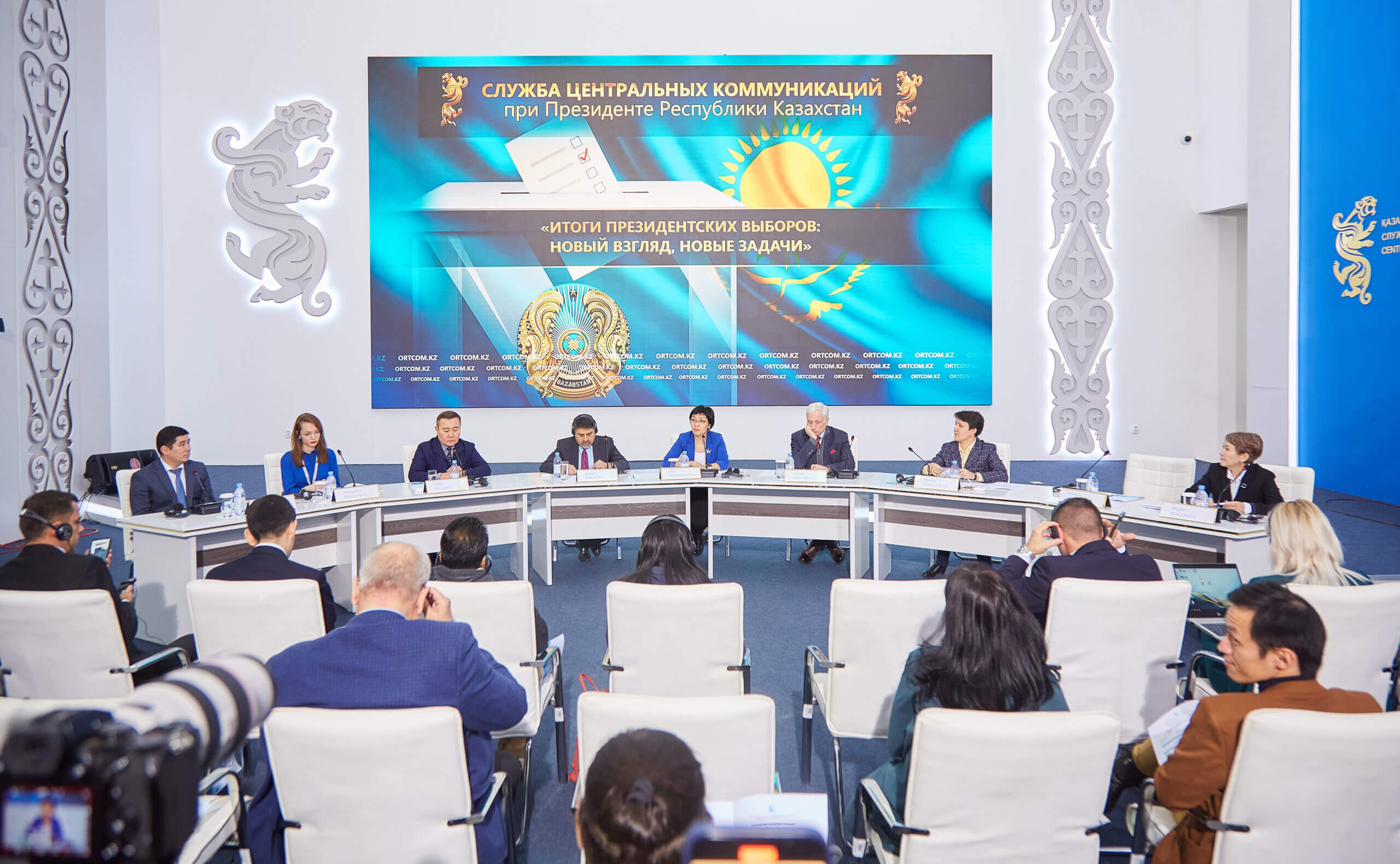 A final statement released by the Central Election Commission on Nov. 22 shows Tokayev winning 81.31 percent of the votes. The voters’ second most popular choice was “against everyone” with 5.8 percent of ballots.

The inauguration is expected to take place on Nov. 26. Tokayev won the election, but will only be able to serve as the President for a single seven-year term, one of his key initiatives that was voted for at the June 5 referendum and signed into law on Sept. 17.

Opening the session, Alua Zholdybalina, deputy director of the institute, noted the high levels of compliance for the election campaign with democratic norms.

“Today, citizens of Kazakhstan are highly active. Literally every action of the country’s leadership is under close public scrutiny. Under such conditions, populism has no chance of support. The election results showed that there is a clear demand in society for fairness, competition and the achievement of tangible results,” said Zholdybalina.

The exit poll results released at midnight on Nov. 21 also showed support for the incumbent president. Madina Nurgaliyeva, head of the Amanat Public Policy Institute, one of the three organizations conducting an exit poll on Nov. 20, said the survey was conducted at 600 polling stations in 74 cities and 242 villages, involving 620 interviewers and supervisors. More than 70,000 voters were interviewed.

“We used the e-socis mobile application, which allowed recording the geolocation of the interviewers and monitoring the progress of the survey. The data allowed us to see the peaks of activity, and the peculiarities of the voting,” she added.

Kamran Bokhari, director of analytical development at the Washington-based New Lines Institute for Strategy and Policy, said that people want stability and peace and to see their country prosper.

“This is an important stage in the formation and transformation of the state from a post-Soviet to a modern state. Kazakhstan starts from scratch There is an opportunity for all political parties to play an important role in the political space. There is a lot of space for diversity and representation of all groups in the future of politics,” he said.

He spoke of democracy for Kazakhstan being not a final destination, but rather a process.

“We should appreciate the steps the country is taking in this direction,” he added.

Arman Toktushakov from the Astana-based Institute of World Economics and Politics sees a single seven-year term sufficient to implement effective reforms, laying a foundation for a “democratic tradition of power change.”

According to him, the election, being one of the first steps to “reset the political system,” is meant to make the country’s state model “more democratic, more open and more effective.”

The election may be over, but the attention will now turn to the parliamentary election scheduled for the first half of 2023. Tokayev promised to announce the exact date at the end of the year.

“We talked about new parties being registered. This process is underway. We cannot register parties artificially, violating the law, if they themselves violate the law. Of course, we create favorable conditions. I believe that before the parliamentary election, still, a few parties will be able to meet the necessary requirements and pass registration. I believe that this is in our interests,” Tokayev said after casting his vote on Nov. 20.