ASTANA – The year 2022 was not easy for Kazakhstan and by voting today in the presidential elections, people are voting for a bright future for the country, President Kassym-Jomart Tokayev told journalists after casting his vote at a polling station located at the Palace of Schoolchildren in Astana. 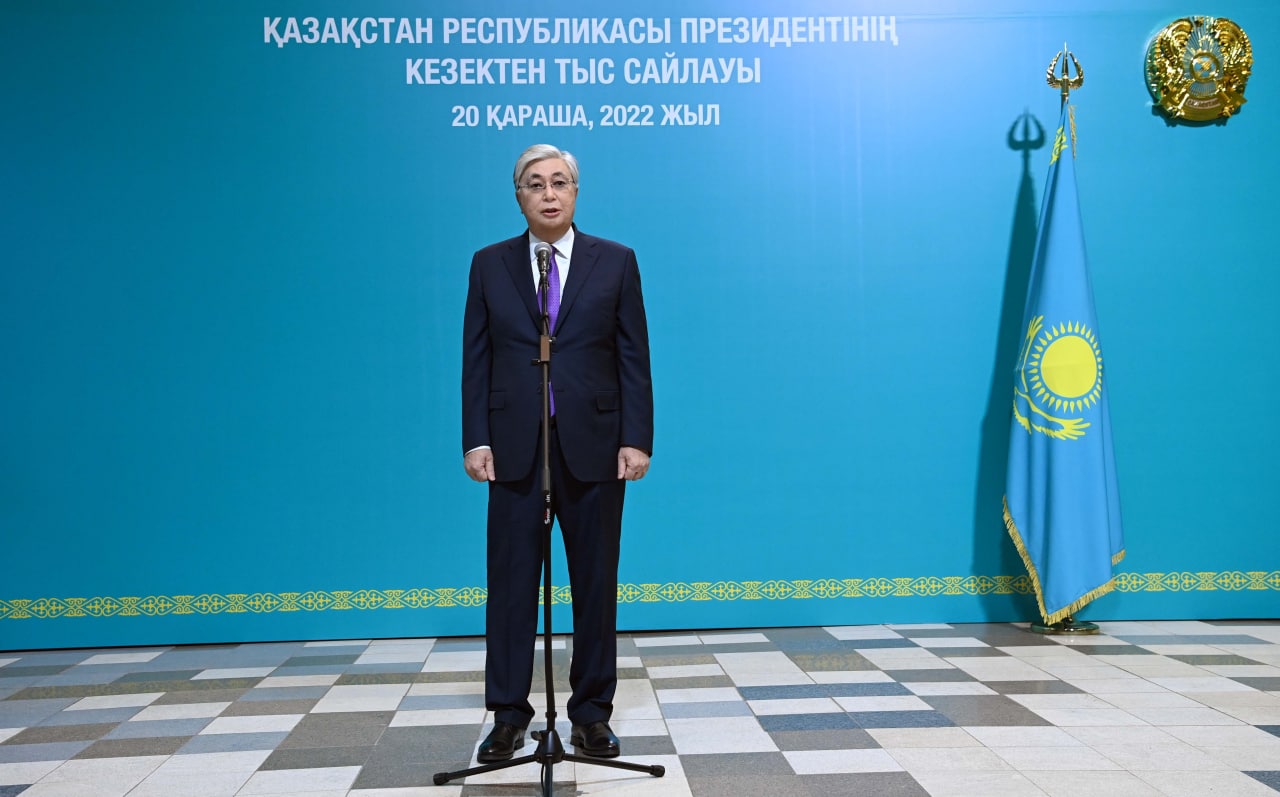 Tokayev addresses questions from journalists after casting his vote at a polling station located at the Palace of Schoolchildren in Astana. Photo credit: Akorda press service

Tokayev is among the six candidates running for the country’s highest office.

“Today is a very important, historic day. We vote for a bright future for our country. This year was not easy, but our people came together and overcame all the difficulties. Now we are facing very ambitious goals and tasks. There is a lot of work to be done. Political reforms are underway,” said Tokayev.

If he is elected, Tokayev said, “the government will remain in office, but point-by-point changes in the composition of the government and other agencies will of course take place.”

“We talked about new parties getting registration. This process is going on. We cannot register parties artificially, violating the law, if they themselves violate the law. Of course, we create favorable conditions [if elected]. I believe that before the parliamentary elections, still, a few parties will be able to meet the proper conditions and receive registration. I believe that this is in our interests,” Tokayev said, noting that if elected, he would announce the date of parliamentary elections at the end of the year.

“I expect that as a result of the elections, interesting people, including those representing opposition views, will get into the legislative body of our country,” Tokayev added.

“Given its geostrategic position, the fact that we have more than $300 billion in foreign direct investments attracted to our economy, given that the world’s largest multinational companies operate in our market, Kazakhstan must conduct a multi-vector foreign policy. I have said many times that Kazakhstan should be committed to the United Nations Charter and pursue a peaceful foreign policy,” said Tokayev.

The voting will continue until 8 p.m. local Astana time. As of 10 a.m., voter turnout reached 23.37 percent, with the highest turnout in the Karagandy Region, 32.27 percent, and the lowest in the city of Almaty, 8.42 percent.