By Galiya Khassenkhanova in Conference on Interaction and Confidence Building Measures in Asia, International on 13 October 2022

ASTANA – President of Kazakhstan Kassym-Jomart Tokayev discussed the expansion of trade and economic relations with delegations that participated in the sixth summit of the Conference on Interaction and Confidence Building Measures in Asia (CICA) on Oct. 12-13, reported the Akorda press service. 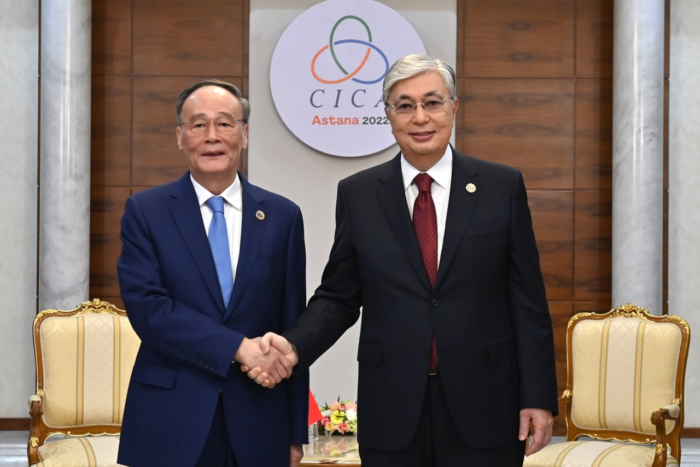 Tokayev expressed gratitude to China for supporting Kazakhstan’s idea to transform the CICA into a full-fledged international organization during a meeting with Chinese Vice President Wang Qishan. He also spoke about the implementation of agreements reached during the visit of Chinese President Xi Jinping to Kazakhstan in September.

Vice President of Vietnam Vo Thi Anh Xuan noted the potential for expanding cooperation in tourism, agriculture, transportation, logistics, and finance and discussed the launch of flights between the two countries.

Pakistan Prime Minister Shehbaz Sharif also emphasized the need for the immediate resumption of direct flights between the two countries during his meeting with Tokayev. 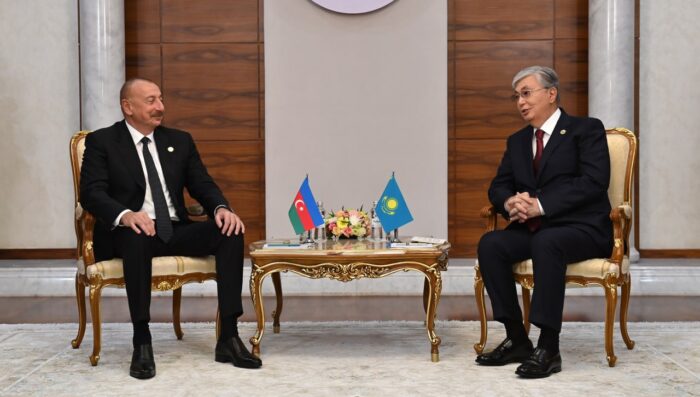 The Kazakh President held bilateral meetings with President of Palestine Mahmoud Abbas, Second Minister for Foreign Affairs of Singapore Maliki Osman, who invited Tokayev to pay a state visit to Singapore, President of Belarus Alexander Lukashenko, who commended Kazakhstan’s efforts to develop the CICA globally and President of Azerbaijan Ilham Aliyev, with whom Tokayev discussed the Trans-Caspian route, also known as the Middle Corridor – an international corridor that starts from Southeast Asia and China and runs through Kazakhstan, the Caspian sea, Azerbaijan, Georgia, and further to European countries.

Tokayev highlighted the importance of the participation of all these countries in the CICA summit and thanked the delegations for coming to Kazakhstan.