By Staff Report in Conference on Interaction and Confidence Building Measures in Asia, International on 13 October 2022

ASTANA – The participants of the Conference on Interaction and Confidence-Building Measures in Asia (CICA) sixth summit adopted the Astana Statement during their plenary session on Oct. 13. 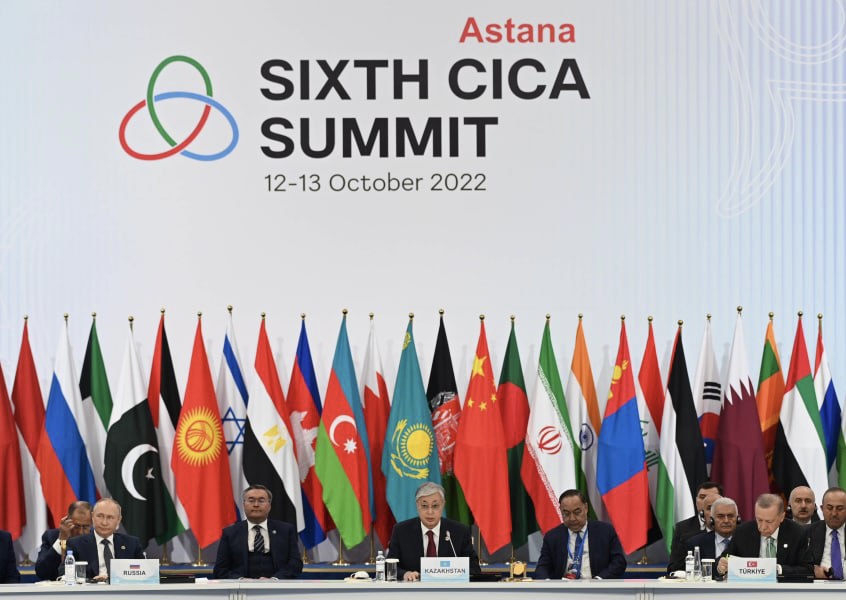 This milestone decision has been a key priority of Kazakhstan’s chairpersonship in CICA in 2020-2022. The transformation into an organization will affect development priorities as Kazakhstan renews its chairpersonship for the next two years.

The importance of this transformation was first raised by Tokayev in October 2021 ​​during his meeting with the delegations participating in the sixth meeting of CICA foreign ministers. He said back then that CICA possessed all the elements of an international organization, including fundamental documents, governing and working bodies, an operating budget, a permanent secretariat, and its transformation will “emphasize Asia’s new role in global affairs.”

The sixth CICA summit, which continues today in Astana, also adopted a draft statement by CICA leaders on cooperation, on security and the use of information and communications technology, a document to establish the CICA Fund and CICA action plan on the implementation of the United Nations resolution on counterterrorism.