ASTANA – Five candidates have been registered by the Central Election Commission (CEC) to run for the presidential elections on Nov. 20, while verification and approval of seven more candidates are pending at the time of writing. 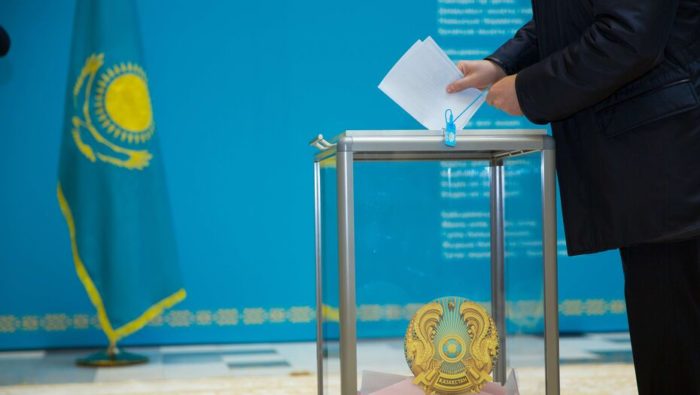 The last election in Kazakhstan were in June 2019, when Tokayev won receiving 70.96 percent of the vote.

The period for nomination of candidates closed on Oct. 11 at 6 p.m. President Kassym-Jomart Tokayev called for early presidential elections in his Sept. 1 state-of-the-nation address, saying that the country needs a “new mandate of trust from the people.” He signed a decree on Sept. 21, setting a date for Nov. 20.

Nomination of candidates for the elections began on Sept. 23. CEC wrapped up the results at a press briefing on Oct. 12, after the briefing scheduled for Tuesday evening had to be postponed.

Who can be nominated?

To be eligible to run for the presidential office, a candidate must have Kazakhstan citizenship by birth, have lived in Kazakhstan for the past 15 years, have a higher education, be at least 40 years old, and have a minimum of five years of experience working in public service or elected positions, as well as fluency in the state language (Kazakh).

Who are the candidates?

First to nominate a candidate was the Auyl party. At their party meeting on Sept. 30, they agreed to put forward the candidacy of Zhiguli Dairabayev, a former deputy of the Supreme Council of Kazakhstan from the twelfth convocation, the Chair of the Union of Farmers of Kazakhstan, and the head of the Agroindustrial Complex Committee of the Atameken National Chamber of Entrepreneurs.

Commenting on this decision, party’s chair Ali Bektayev reiterated their goal to advocate for the interests of the rural and working population. “Auyl is the root and source of our traditional values, the core of moral and ethical traditions, the keeper of the language and cultural code of our people,” he told the meeting.

On Oct. 5, Dairabayev, 68, submitted all the required documents to the Central Election Commission for registration as a candidate, which approved his candidacy on Oct. 9.

Second to announce their nomination was the National Social Democratic Party on Oct. 1, proposing the candidacy of Nurlan Auesbayev. Auesbayev, 65, a native of the Turkistan Region, and Auezov South Kazakhstan State University graduate, is head of the party’s Astana branch. He submitted documents to the CEC on Oct. 7 and three days later, on Oct. 10, the commission verified his compliance.

“Kazakhstan, being on the threshold of major socio-political domestic and global transformation, needs a holistic and systemic embodiment of social-democratic ideology more than ever. This is the fight against oligarchy and corruption, radical reduction of poverty and property stratification, ensuring justice in the social sphere, politics and economy, creation of a truly democratic, legal, responsible state, controllable and open before the people’s system of power,” reads the party’s official statement.

Meiram Kazhyken, 61, was nominated on Oct. 3 by the Commonwealth of Amanat Trade Unions. Kazhyken, a native of the Pavlodar Region, is a doctor of economic sciences, professor, and director of the Institute of Modern Society Research. He submitted his documents to the CEC on Oct. 4 and his candidacy was approved by the CEC on Oct. 8.

Incumbent Kassym-Jomart Tokayev, 69, confirmed he would run from the people’s coalition, a group of political organizations and associations that proposed to nominate Tokayev as a candidate in the upcoming elections, at a forum in Astana on Oct. 6 that gathered nearly 2,000 people, all to support his candidacy.

Tokayev has not been affiliated with any party after he stepped down as Amanat party chair in April. Addressing the forum, he reiterated his position that the head of state must be “politically neutral” and should not represent any political party, saying it is a “great honor and responsibility” to run from the popular coalition.

His documents were submitted to the CEC on Oct. 7 and a day later his candidacy was registered by the commission.

Former Mazhilis deputy Nurzhan Altayev, 43, submitted documents to CEC on Oct. 7 for registration as a presidential candidate from the Mukalmas public association. His documents are being verified by CEC.

Talgat Yergaliev was nominated on Oct. 10 by the Union of Builders of Kazakhstan, which he has led since 2010. Yergaliyev, 56, was also nominated by his organization back in the 2019 presidential election, but at the time being a member of the Aq Zhol party, his corresponding application to the CEC was withdrawn in favor of his fellow party member Daniya Yespayeva, the first woman to run for the presidential office in the Kazakh history.

The same day, Zhumatai Aliev was nominated by the Halyq Demographyasy association. With nearly 16 years of public service, Aliev has worked in the Assembly of the People of Kazakhstan. He also tried to submit his candidacy in the 2019 presidential elections but failed to pass the linguistic test.

Later on Oct. 11, Khairulla Gabzhalilov was nominated by the Asar Association of Oralmans (ethnic Kazakhs returning to Kazakhstan) and submitted documents to the CEC.

On Oct. 11, Kazakhstan’s League of Football Amateurs nominated their head Bakyt Zhanabayev. Zhanabayev, 46, submitted the documents the same day. He said he has been working in the public service since 2001 and he now works at the State Revenue Department of the Kazakh Finance Ministry.

Karakat Abden, 48, was nominated by the National Alliance of Professional Social Workers on Oct. 7. With many years of experience in public service, Abden is a member of the National Commission for Women’s Affairs, Family and Demographic Policy, and an external adviser to the Astana Akim (mayor) on social issues.

A graduate of the Almaty Institute of National Economy, Abden’s candidacy was approved by the CEC on Oct. 11, which makes her the first woman in the Kazakh presidential race in history.

“To apply for such a high position is, of course, exciting, I will not hide it. (…) This is a great honor for me, but at the same time a huge responsibility,” Abden told journalists on Oct. 8 after passing her linguistic test.

“I am 56 years old, I was born and educated in the countryside, and grew up in a family with many children. I graduated from Al Farabi Kazakh National University majoring in history and social science, and the Moscow State Law Academy majoring in law. I have more than 30 years of experience in public service, including in senior positions,” she said at the association’s meeting. Social work has been her mission, she said, noting that it has involved countering violence, maternal and child mortality, promoting entrepreneurship, and women’s participation in the country’s economic life.

Fatima Bizakova also submitted documents to CEC to register as a presidential candidate on Oct. 11. She was nominated by the Practical Psychology public association.

Now that the candidates are registered at CEC, they have to collect the signatures of at least 118,273 voters ready to voice their support.

The verification of the candidates’ compliance with the requirements of the Constitution and the constitutional law on the election and the collection of signatures will be taking place until Oct. 21.

Nov. 19 will be a day of silence when campaigning is banned, and, on November 20, citizens will finally head to polling stations to vote for their next President.

The winning candidate will go for a seven-year presidential term with no right for re-election, in accordance with recent Constitutional amendments.