By Zhanna Shayakhmetova in Nation on 26 April 2022

NUR-SULTAN – President Kassym-Jomart Tokayev has resigned as the chairman of Kazakhstan’s ruling party Amanat. This was announced during the party’s extraordinary meeting on Tuesday. 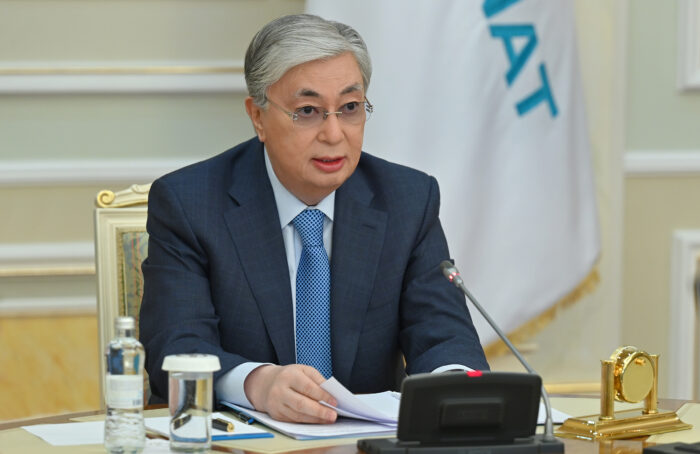 Mazhilis Speaker Yerlan Koshanov will now serve as the chairman of the party. His nomination was supported by the other party members.

“I have said before that I would resign from the position of the Chairman of the Party and leave its ranks. The time has come to do so. From now on, I have decided to terminate my powers as the Chairman of the Amanat and resign from the party. Undoubtedly, this step is of a symbolic nature. In this regard, I would like to thank everyone for the trust and support given to me during the presidential election,” said Tokayev.

The party plans to discuss the organization’s ongoing transformation, a topic which was raised by Tokayev during his April 20 meeting with the party’s executive secretary. At that meeting, Oralov spoke about the party’s recent meetings with the public in the Almaty, Shymkent, Turkistan, and East Kazakhstan regions as well as about the work of the nationwide mobile office that also hosts meetings with the public.