By Assem Assaniyaz in Nation on 6 September 2022

NUR-SULTAN – Kazakhstan marked the 150th anniversary of prominent Kazakh scholar, statesman, linguist, and poet Akhmet Baitursynov on Sept. 5 with a series of celebratory events under the auspices of the United Nations Educational, Scientific and Cultural Organization (UNESCO). 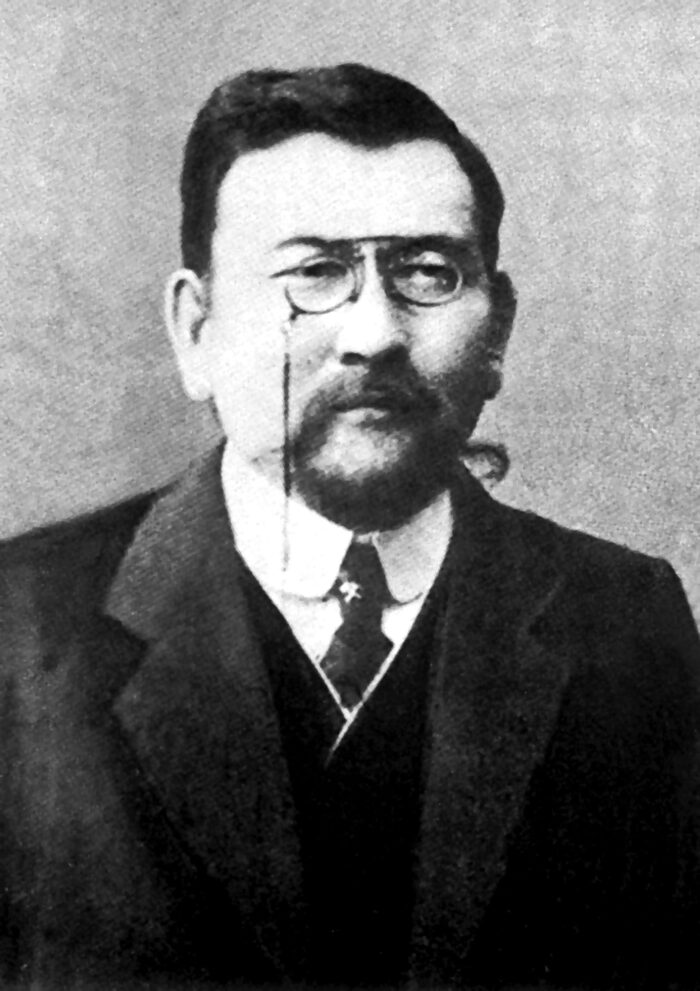 Кnown in Kazakhstan as the Ult Ustazy (Teacher of the Nation), Baitursynov left a significant mark in the history of Kazakh literacy by becoming the founder of the first Kazakh alphabet and establishing the first national newspaper.

Several events, such as the opening of a new monument and a new museum on the location where Baitursynov reportedly lived, were scheduled in the Kostanai Region, the birthplace of the Kazakh scholar. However, the local administration had to postpone the activities due to the recent fire in the region. 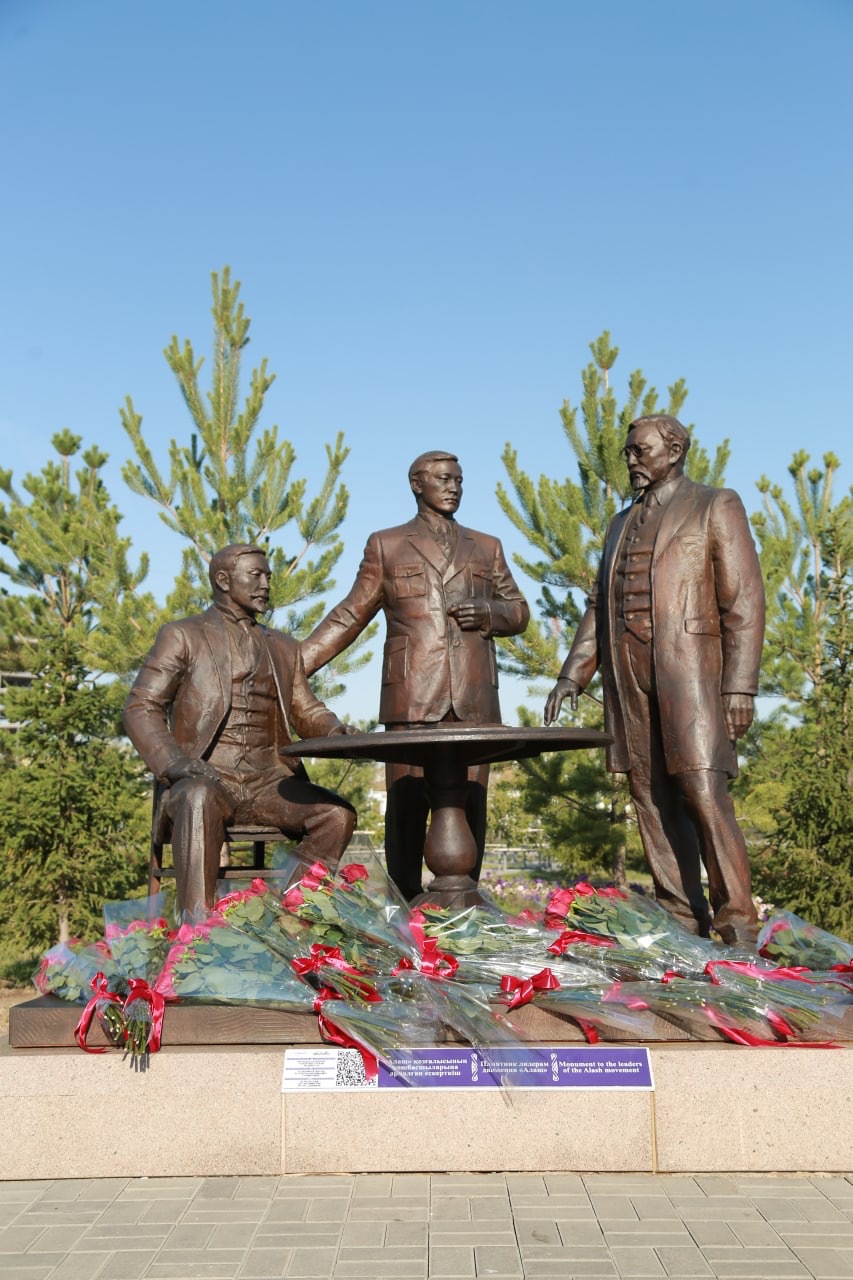 After visiting the region to address the aftermath of the wildfires, President Kassym-Jomart Tokayev said that once all those affected by the tragedy receive support, he will again visit the region, and the celebrations, in honor of Baitursynov, will be held. 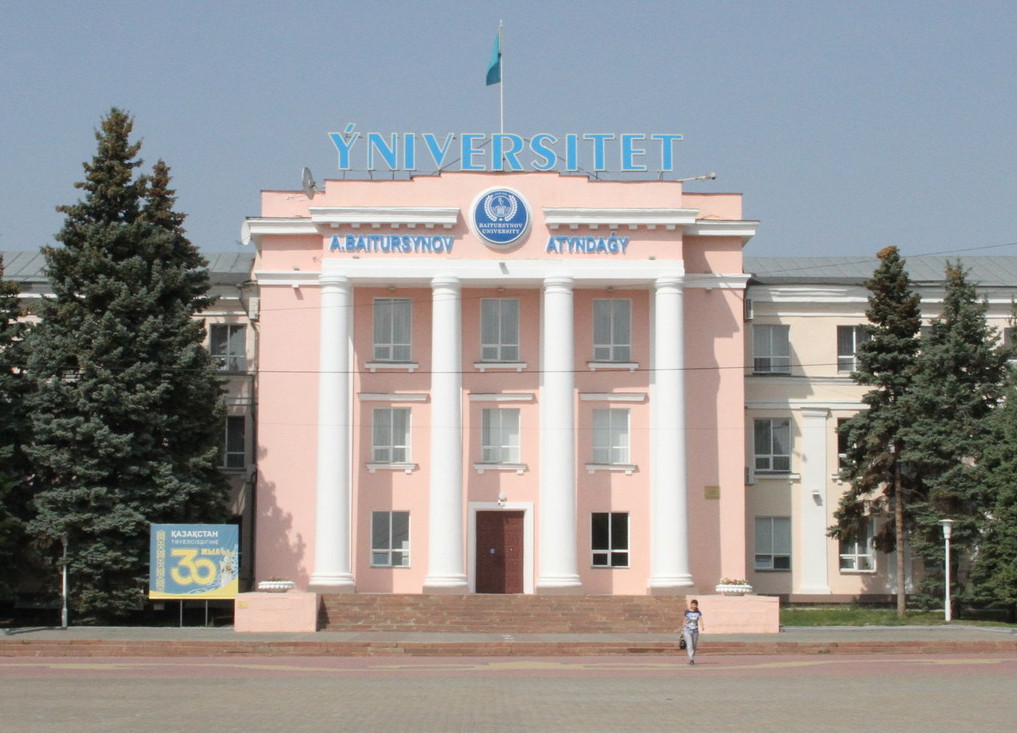 The country proceeded with celebrations planned in other parts of Kazakhstan and the world.

Minister of Science and Higher Education Sayasat Nurbek, Minister of Information and Public Development Darkhan Kydyrali, Minister of Culture and Sport Dauren Abayev, Nur-Sultan Deputy Akim (Deputy Mayor) Eset Bayken, and Kazakh scholars attended a flower-laying ceremony at the Alash monument on the Writers Alley in Nur-Sultan. The landmark commemorates the nation’s brightest intellectuals Akhmet Baitursynov, Alikhan Bokeikhan, and Myrzhaqyp Dulatuly, who advocated for the Alash Autonomy on the territory of present-day Kazakhstan.

Flower-laying ceremony at the Alash monument on the Writers Alley in Nur-Sultan. Photo credit: Kazinform

The Lev Gumilyov Eurasian National University (ENU) hosted a presentation of the “Akhmet Baitursynov – Teacher of the Nation” book on Sept. 5 written by academician of the Kazakh National Academy of Science Yerlan Sydykov. The event took place during the international conference dedicated to the scientific heritage of the Kazakh scholar and Kazakhstan’s intellectual succession.

“Scientists from the United States, Hungary, Türkiye, Uzbekistan, and Russia are participating in the scientific and practical conference. Our goal is to popularize the experience, scientific works, cultural, state, and academic expectations of the educator in the new Kazakhstan,” said Sydykov. 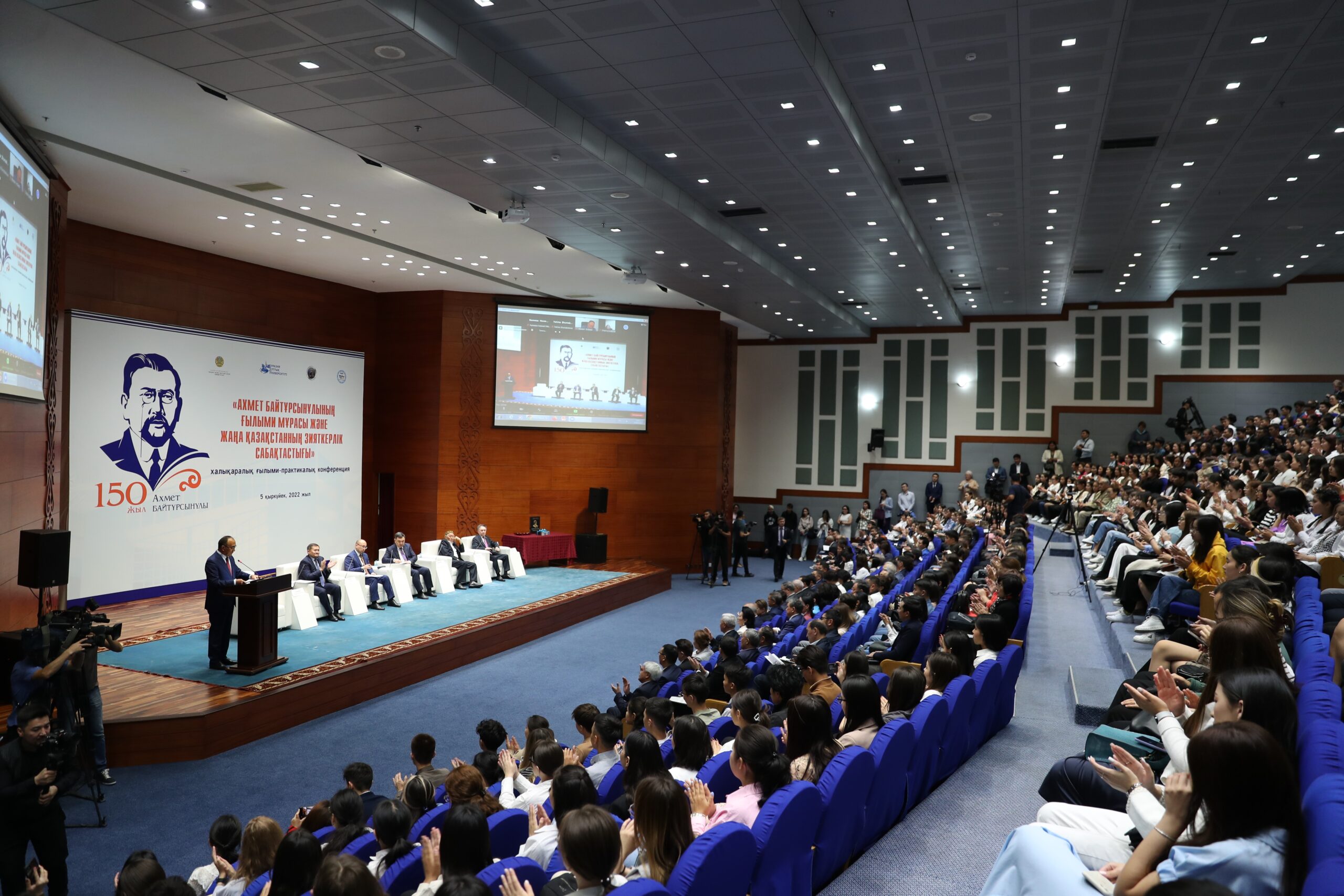 The country will establish a state award named after Baitursynov, a commemorative stamp, and a coin.

“By the end of the year, the Kazakh government will also produce the breastplate medal in honor of the great educator,” said Nurbek.

The conference has also presented the public with new archival sources about Baitursynov and other Alash activists.

“Our ministry will release a 12-volume collection of his works and hand them over to national, regional, and district libraries. We will also produce a full-length feature film about Baitursynov’s life and work,” noted Abayev.

“This year, during the Astana Media Week (AMW) international event, we are organizing a separate section dedicated to the memory of the great educator. We also plan to include a special nomination in honor of Baitursynov in the Urker national award for media representatives,” said Kydyrali.

Turkic–speaking countries have also commemorated this date. For example, Ankara hosted the international conference titled Akhmet Baitursynov – a Scientist of the Whole Turkic World. The Kazakh Ambassador to Turkey Yerkebulan Sapiyev, Chairman of the Eurasian Union of Writers Yakup Omeroglu, and prominent Turkologists attended the event.

This year, a monument of Baitursynov will be erected in Ankara, according to the Kazakh Minister of Science and Higher Education.

At the initiative of the local akimat (administration), a mural with Baitursynov’s image, painted by local artist Saken Dauletbayev, appeared in the city of Karkaralinsk in the Karaganda Region.

“We could not stay away from this significant date and decided to perpetuate his image in our city,” said Gulbarshin Zhumakhanova, the Karkaraly district akim’s (Governor) press secretary.

Today, one village, 200 streets, 39 schools, one airport, and one museum in Kazakhstan bear the name of Baitursynov.