By Staff Report in Congress of Leaders of World and Traditional Religions, International on 7 September 2022

NUR-SULTAN – Guinness World Records Adjudicator Jack Brockbank registered a new world record for the most multinational orchestra in Kazakhstan on Sept. 6 on the stage of the Kazakh Palace of Peace and Reconciliation, reported the press service of the Kazakh Senate. 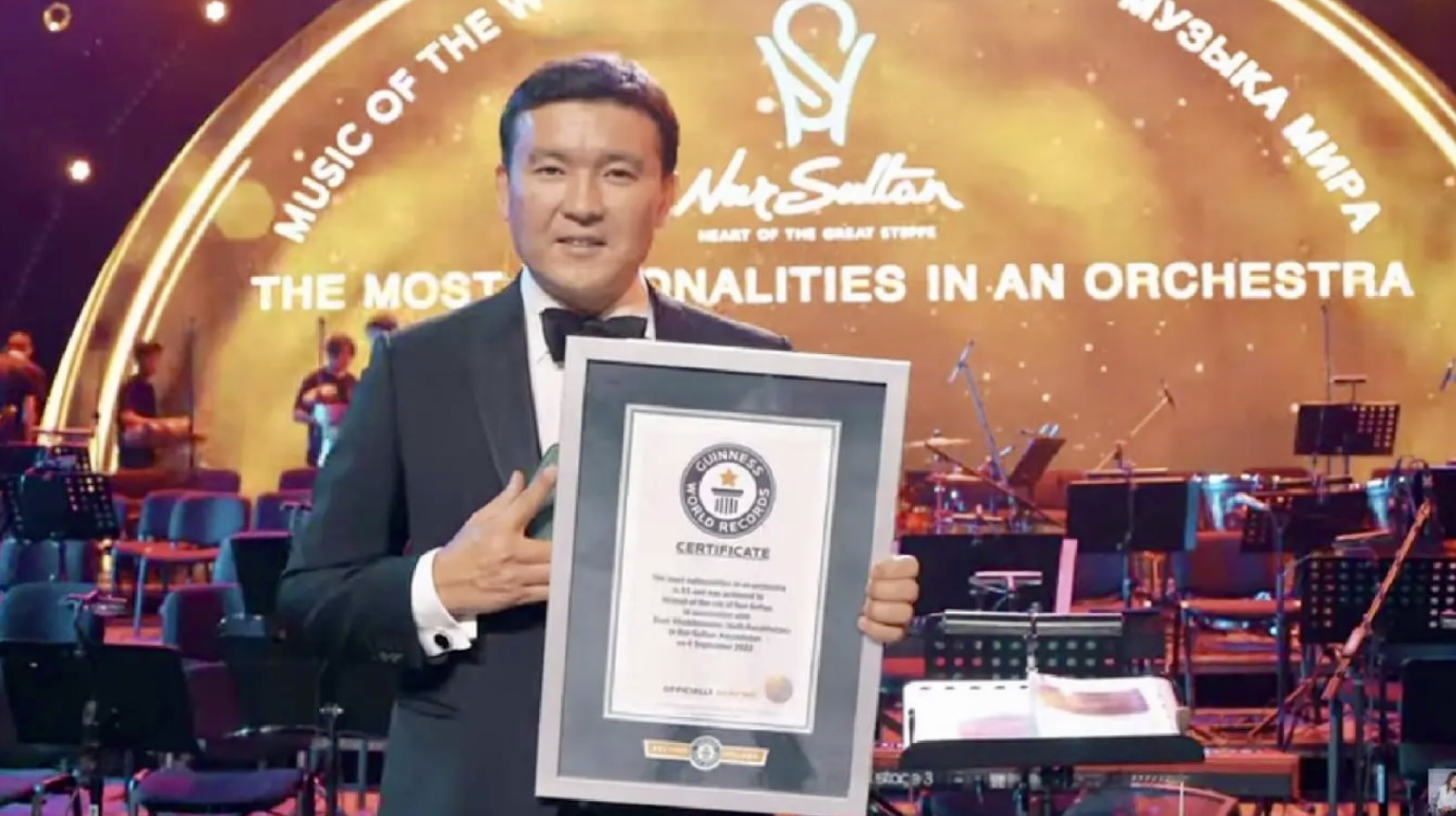 The Music of the World project, organized by Daut Shaikhislamov on the eve of the seventh Congress of Leaders of World and Traditional Religions, has brought together 75 nationalities from 51 countries.

Shaikhislamov noted that the project’s organizers received more than 500 applications for the casting.

“Our youngest member of the orchestra is an 11-year-old flutist named Gulyaf. By nationality, she is Mari [the Finnic people, who have traditionally lived by the Volga River in Russia]. I want to thank everyone who has participated in this project,” he said. 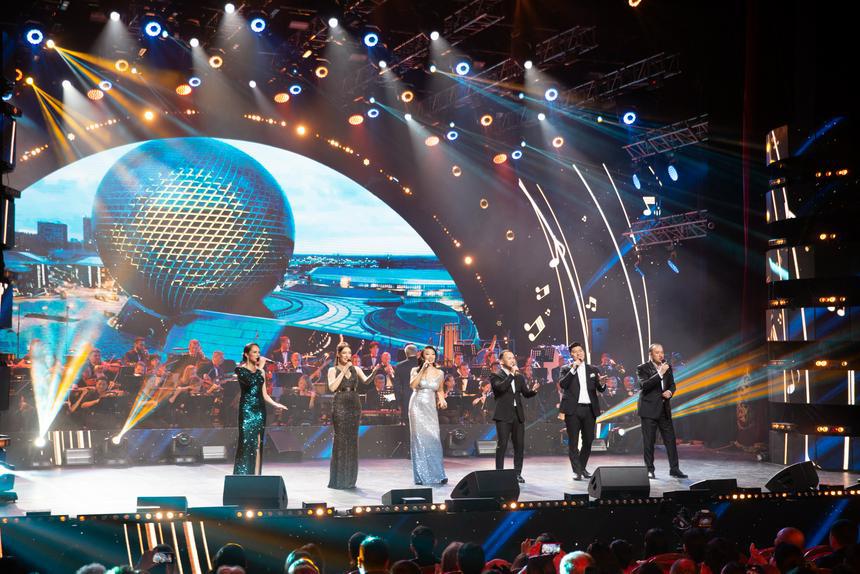 The event took place in the Kazakh Palace of Peace and Reconciliation. Photo credit: Kazinform