ASTANA – The exhibition showcasing Kazakhstan’s historical and cultural heritage and its economic and tourism potential opened on Sept. 26 at the European Parliament’s Altiero Spinelli building lobby in Brussels, reported the press service of the Kazakh Ministry of Foreign Affairs. 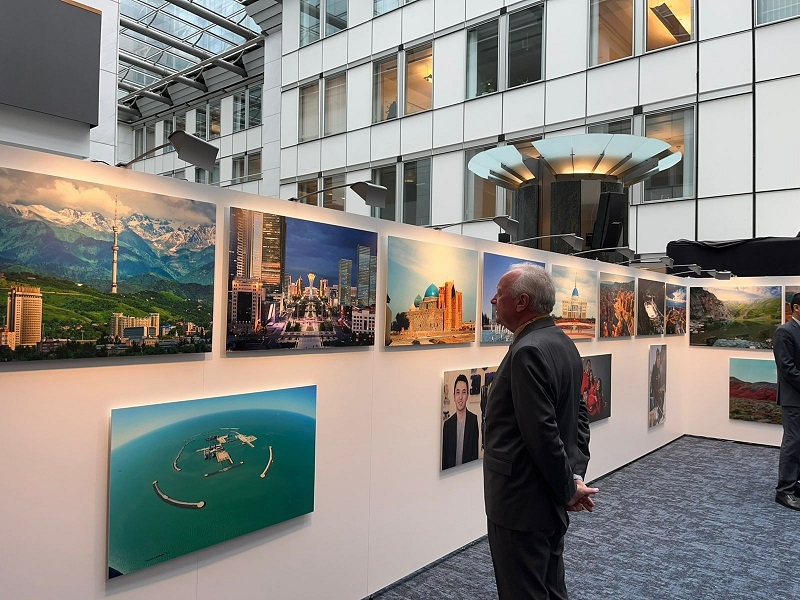 The exhibition will last until Sept. 29. Photo credit: inform.kz

In his welcoming speech, the Ambassador of Kazakhstan to Belgium and Head of Mission to European Union (EU) Margulan Baimukhan stated that Kazakhstan has been a bridge between Asia and Europe since ancient times, opening up opportunities for trade and intercultural engagement. According to him, Kazakhstan’s location allows it to play a vital role as a transport and logistical center for the Belt and Road project, sometimes labeled as a contemporary version of the Silk Road.

Baimukhan welcomed the inter-parliamentary cooperation between the EU and Kazakhstan. According to him, visits by members of the European Parliament’s (EP) Delegation for Cooperation with Central Asia and Mongolia (DCAS) and EP’s Subcommittee on Human Rights (DROI) in April and August 20 June provided the European parliamentarians with detailed information about President Kassym-Jomart Tokayev’s efforts to transform the country’s political system.

The exhibition’s co-host, MEP and member of the Committee on Employment and Social Affairs Helmut Geuking emphasized that this event will allow his colleagues, staffers, and guests of the European Parliament to learn more about the history, traditions, and customs of Kazakhstan.

According to him, Kazakhstan is a key partner of the EU in politics, economics, and trade. He also highlighted that Kazakhstan had faced many trials throughout its history, including the disastrous consequences of nuclear tests at the Semipalatinsk test site, that deserve a deep appreciation.

The exhibition will last until Sept. 29.