By Staff Report in Congress of Leaders of World and Traditional Religions, International on 22 August 2022

NUR-SULTAN – Chairman of Russia’s Council of Muftis and Spiritual Administration of Muslims Mufti sheikh Ravil Gaynutdin confirmed his participation in the seventh Congress of Leaders of World and Traditional Religions on Sept. 14-15 during his meeting with Kazakhstan’s Ambassador to Russia Yermek Kosherbayev, reported the Foreign Ministry’s press service on Aug. 22. 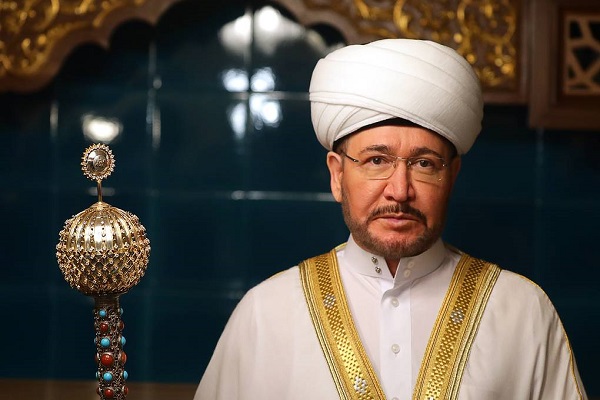 Gaynutdin commended the event, which has been held for two decades, highlighting the importance of a platform where leaders of world religions can share ideas and discuss the global challenges of our time. According to him, now, in the post-pandemic period, the role of religious leaders comes to the fore – they are the ones who can advise the political leadership on the course society should take.

More than 100 delegations from 51 nations, including Egypt’s Grand Imam of Al-Azhar Sheikh Ahmed El-Tayeb, the leader of the Russian Orthodox Church Patriarch Kirill, Pope Francis, and Chief Rabbis from Israel are expected to attend the event.

The Pope is scheduled to meet with the country’s senior leadership during his visit in mid-September.

The deadline for international journalists to submit requests for accreditation is Aug. 31.