No Limits to Trade and Cooperation Potential with Azerbaijan, Says President Tokayev

NUR-SULTAN – President Kassym-Jomart Tokayev said Kazakhstan will work very productively in promoting trade and logistics with Azerbaijan and that there would be “no obstacles from our side”, addressing President of Azerbaijan Ilham Aliyev during his official visit to Baku on Aug. 24, reported Akorda’s press service. 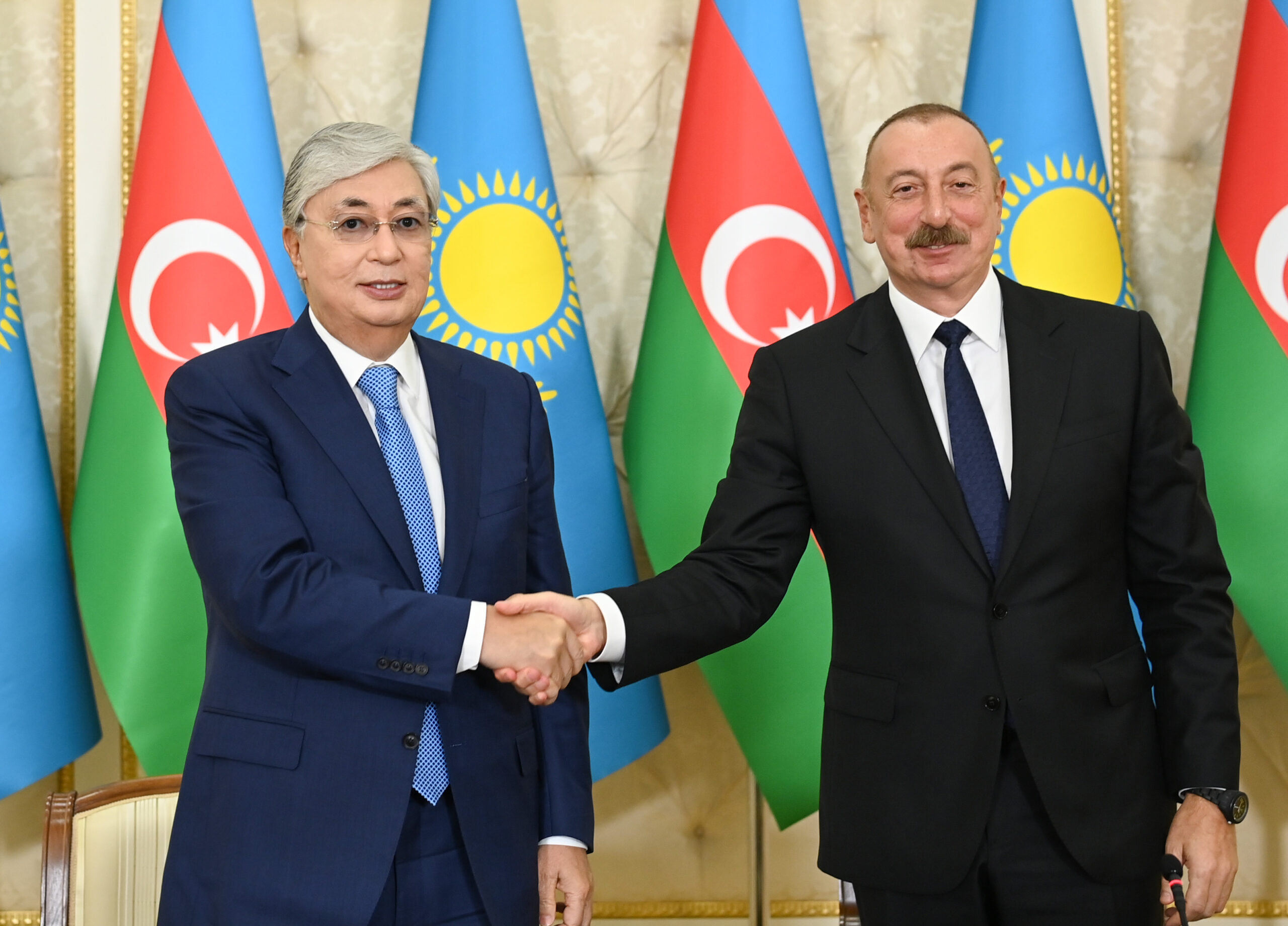 In his opening remarks, Tokayev highlighted the long way the two countries have come in cooperation, marking 30 years of diplomatic relations.

“We started from scratch, and today we speak with a good reason for strategic partnership and alliance between our countries. The signing of the declaration on deepening and diversifying this cooperation is a real step forward,” he said.

The Kazakh President emphasized President Aliyev’s merit in restoring the territorial integrity of Azerbaijan and the revival of the Karabakh and East Zangezur regions. “Having victoriously restored its territorial integrity in accordance with the Charter and the resolutions of the United Nations Security Council, Azerbaijan has entered a new era of its development,” said Tokayev.

During the visit, two leaders focused on strengthening trade turnover with a focus on agriculture. Kazakhstan could become the leading supplier of grain, and wheat, among other agricultural products, while Azerbaijan could meet Kazakhstan’s demand for fruits and vegetables, according to Tokayev.

Nearly 100 commodity items from Kazakh producers worth more than $300 million are ready to be delivered to Azerbaijan. “We need to ensure the logistics of this turnover,” said Tokayev stressing that the relevant instructions to develop a transport corridor have been given to the governments of the two countries.

Compared to last year’s results, the mutual trade turnover increased threefold and maintains positive dynamics. However, according to President Tokayev, that result is far from the full capacity of the trade that the two countries could achieve.

“In absolute figures, this result does not look impressive enough, so today we reached an agreement that the sides will make every effort to increase the absolute figures of mutual trade. Perhaps, in the near future, we will be able to talk about reaching the one billion mark,” said Tokayev.

The Kazakh President also expressed his support for developing the cultural and humanitarian agenda between the two countries.

On behalf of the Kazakh people, the Children’s Center for Creative Development named after Kurmangazy will be built in Fizuli by the end of next year. President Tokayev also put forward an initiative to promote Azerbaijani culture in Kazakhstan as well as to name one of the main streets in the capital Nur-Sultan after Heydar Aliyev, a prominent Azerbaijani statesman.

During the meeting, Tokayev invited President Aliyev to participate in the upcoming Conference on Interaction and Confidence-Building Measures in Asia summit, which will be held in October this year in Nur-Sultan.