By Assem Assaniyaz in International on 24 August 2022 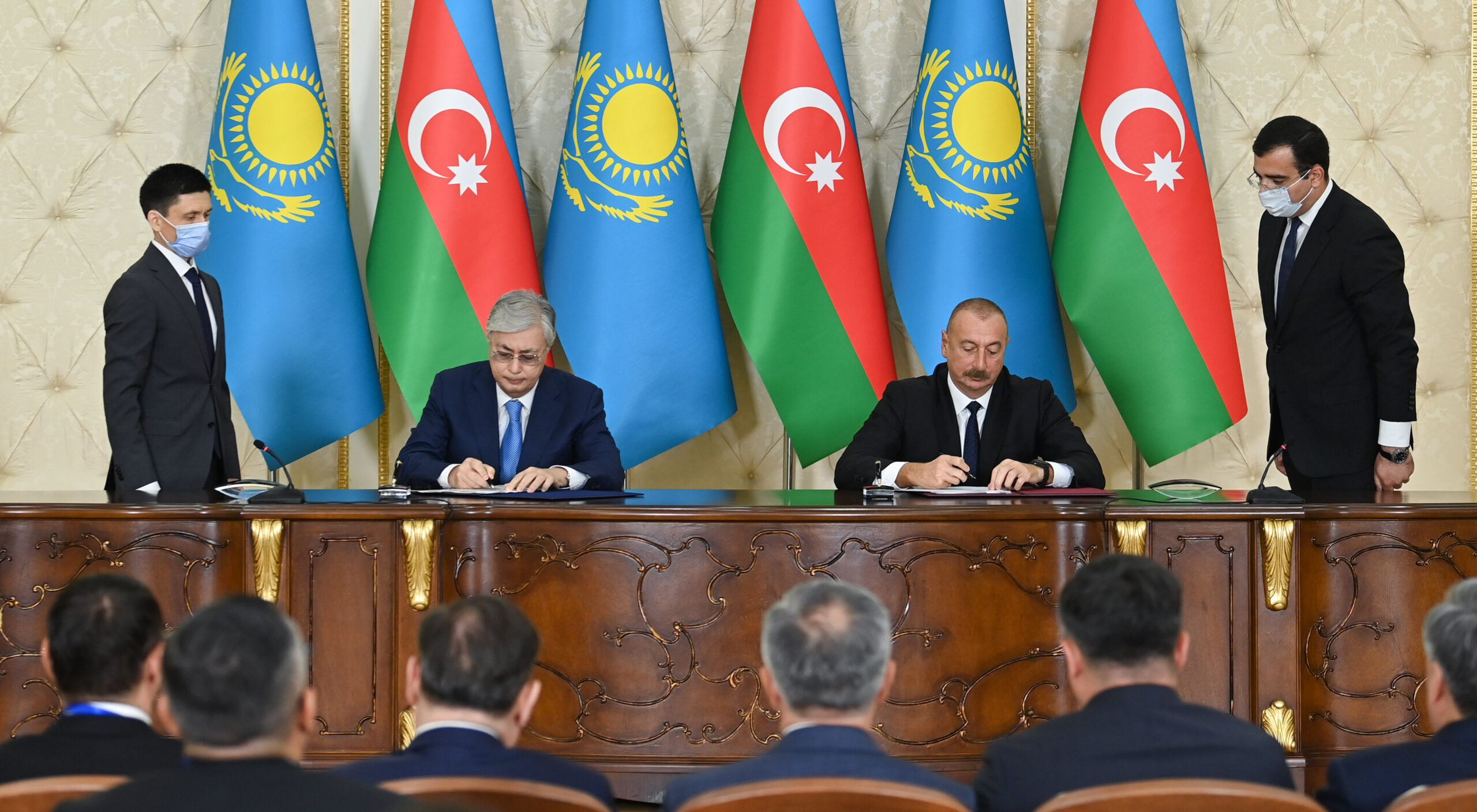 During President Tokayev’s first official visit to Baku, the Kazakh and Azerbaijani sides signed the government agreement on trade and economic partnership, a cooperation plan between the foreign ministries, a cultural cooperation program between several ministries, as well as a memoranda on the development of media, information and communication technologies, transport and logistics.

The two sides have also signed a protocol on the establishment of twinning relations between the cities of Turkistan in Kazakhstan and Shusha in Azerbaijan, which represent the nations’ spiritual and cultural heritage.

President Tokayev highlighted his intentions to bring bilateral cooperation with Azerbaijan to a new level by intensifying mutual trade and economic ties.