NUR-SULTAN – Singapore is interested in seeking new economic opportunities with Kazakhstan by exploring markets and export routes, after the two-day visit of the Kazakh delegation led by Deputy Prime Minister – Minister of Foreign Affairs Mukhtar Tileuberdi to Singapore, reported the Kazakh Foreign Ministry. 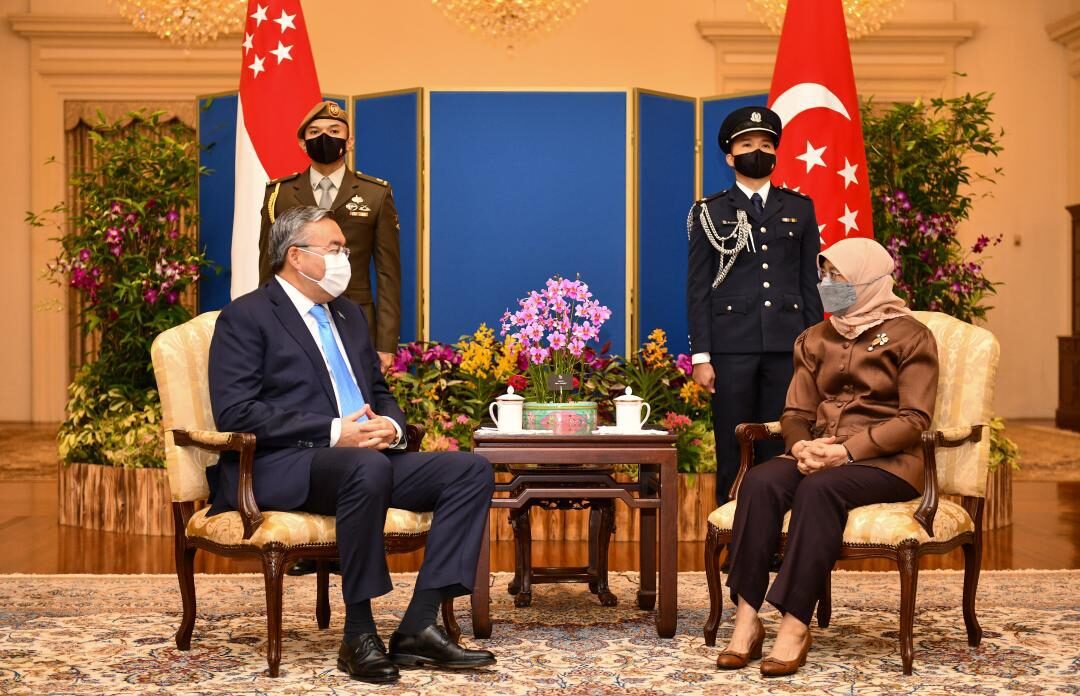 On the second day of the visit on Aug. 16, Tileuberdi met with Halima Yacoub, President of Singapore at the official residence of Istana. Reaffirming the warm ties and high-level political dialogue between Kazakhstan and Singapore, Halima Yacoub noted that the next year will mark 30 years since the establishment of diplomatic ties between the two countries.

The sides discussed ways to strengthen bilateral relations ahead of the forthcoming official visit of President Kassym-Jomart Tokayev to Singapore. Tileuberdi spoke in detail about the political and economic reforms undertaken in Kazakhstan under the New Kazakhstan agenda.

“Singapore and Kazakhstan share excellent bilateral ties at the highest levels, and we look forward to closer bilateral collaboration. We also shared a common perspective on the importance of inter-faith and inter-religious harmony in our societies. Singapore and Kazakhstan will commemorate the 30th anniversary of diplomatic ties next year. I look forward to hosting Kazakh President Kassym-Jomart Tokayev on a state visit in the future,” wrote President Halima Yacoub on her official Facebook page following the meeting.

She commended Kazakhstan’s efforts to ensure peace, security and stability in Asia and in the promotion of global interfaith dialogue through the upcoming summit of the Conference on Interaction and Confidence Building Measures in Asia (CICA) scheduled for Oct. 12-13 and the Congress of Leaders of World and Traditional Religions scheduled for Sept. 14-15 in Nur-Sultan. 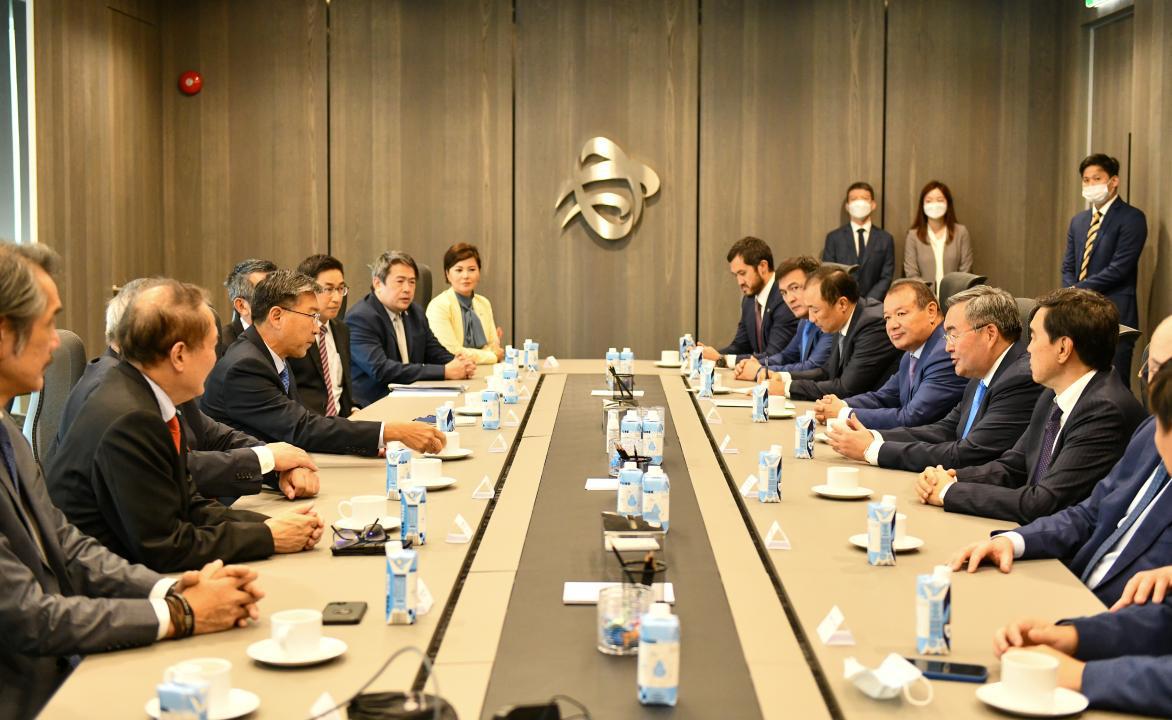 On the same day, Tileuberdi met with Deputy Prime Minister and Finance Minister Lawrence Wong to discuss transport, trade, economic and investment cooperation. The focus was on the potential projects aimed at expanding the transit potential of Kazakhstan and boosting bilateral cooperation in the manufacturing industry, information and communication technologies, construction and finance.

The volume of bilateral trade surpassed $1 billion in 2021, with the countries expecting a threefold increase in turnover this year. Bilateral trade reached $926 million in the first half of the year. The Kazakhstan-Singapore Business Council launched during the visit is designed to facilitate commerce, investment and tourism between the two countries.

One of the key projects on the meeting agenda was the G4 City, an infrastructure project on the construction and development of satellite cities on the northern border of Almaty implemented with Surbana Jurong, a Singaporean government-owned company specializing in infrastructure and urban development.

The metropolis will be located along the Almaty – Kapshagai highway and will consist of four districts: Gate District – business and financial hub, Golden District – knowledge and medical hub, Growing District – industrial and logistics hub, Green District – tourism and entertainment. G4 City is expected to receive the status of a special economic zone.

In the area of transit and transport, Kazakhstan Temir Zholy signed a memorandum of cooperation with the Port of Singapore Authority, one of the flagship terminals of PSA International, a global port group with port projects spanning Asia, Europe and the Americas. In Singapore alone, PSA operates 53 berths with a designed capacity of 50 million twenty-foot equivalent units (TEUs) yearly at its container terminals in Tanjong Pagar, Keppel, Brani and Pasir Panjang.

“The involvement of PSA International in the management of transport and logistics hubs in Kazakhstan is designed to promote access to a whole network of seaports on both sides of the continent, integration into the global transport and logistics chain, using multimodal transport and introduction of innovative technologies and best world practices in the management of dry ports, and most importantly, to significantly simplify the export of products from Kazakhstan to the world markets,” said the Kazakh Foreign Ministry in a statement.

Digital transformation is another promising area for Kazakhstan and Singapore, which is a hotbed of startup and innovation activities and considered Southeast Asia’s Silicon Valley.

One of the major projects has been the Kazakhstan Digital Accelerator launched in 2020 by Quest Ventures, a top Singaporean venture capital firm, and QazTech Ventures, a subsidiary of Kazakhstan’s Baiterek National Holding to support startups in Kazakhstan and drive the Central Asia innovation ecosystem forward through their comprehensive program and seed funding.

Since its launch in 2020, the program has had three cohorts, with more than 300 applications, 39 projects accepted and 30 of them receiving investments of up to $50,000 at the given moment.