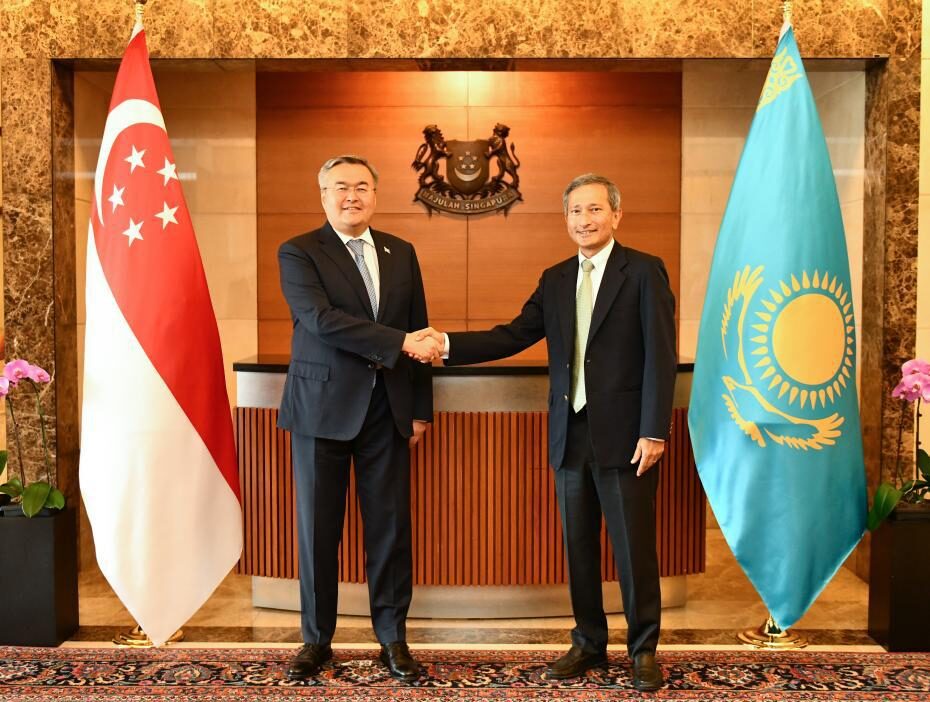 The business association, which includes major companies such as CPG International, a global leader in developing and managing infrastructure and building facilities, Kusto Group, ZNC Enviroventures, among others, is intended to facilitate commerce, investment and tourism between the two countries.

During the meeting, the foreign ministers of the two countries discussed Kazakhstan and Singapore’s roles as Eurasia and Southeast Asia’s transit and logistics hubs, as well as prospects for bolstering trade and economic, investment, transportation and logistics, cultural, and humanitarian cooperation.

“Singapore is one of Kazakhstan’s main political partners in Southeast Asia. For three decades, we have established a trusting political dialogue and important economic and cultural ties,” Tileuberdi said.

The Kazakh delegation’s official visit included a meeting with the Minister for Manpower, Second Minister for Trade and Industry Tan See Leng. The sides highlighted a positive trend in bilateral trade turnover, which surpassed $1 billion in 2021, with the countries expecting a threefold increase in turnover this year. Bilateral commerce totaled $926 million in the first half of the year.

The ministers addressed the significance of Kazakhstan and Singapore’s 30th anniversary of diplomatic relations next year, as well as a plan of joint activities to commemorate this occasion.