NUR-SULTAN – This year, some 4,000 Kazakh citizens went to Mecca for the first post-pandemic Hajj, according to the Kazakh Spiritual Directorate of Muslims. 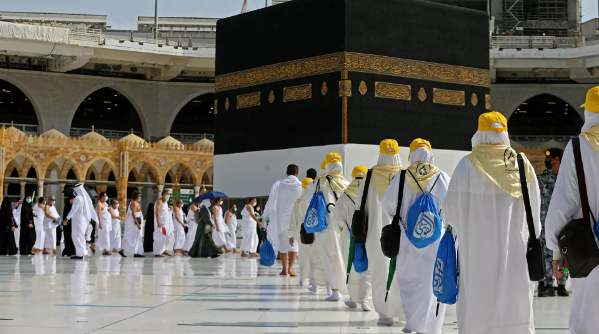 After a two-year restriction, Saudi Arabia allowed one million Muslims, including nearly 850,000 foreigners, to make the annual Hajj pilgrimage. However, it introduced strict requirements: pilgrims should not be over 65 years old and have proof of vaccination against COVID-19.

The Hajj is a pilgrimage made to the Kaaba, the “House of God,” in the sacred city of Mecca in Saudi Arabia in the month of Zul-Hijjah and once-in-a-lifetime religious duty for all Muslims who are physically and financially able to make it.

During the hajj, Kazakhstan provides a special service that includes a center for organizing a pilgrimage, sermons, a first aid service, information and a call center. In total, the call center received more than 500 questions regarding the pilgrimage trip. Most of the questions were related to living arrangements in Araf and Muzdalifa as well as the sacrifice rite of Qurban Ait. Doctors were available to assist Kazakh pilgrims with any health-related questions.

During Hajj, pilgrims join processions of millions of Muslims in Mecca and perform a series of rituals: each person walks counter-clockwise seven times around the Kaaba (a cube-shaped building and the direction of prayer for Muslims), walks briskly back and forth between the hills of Safa and Marwah seven times, drinks from the Zamzam Well, goes to the plains of Mount Arafat to stand in vigil, spends a night in the plain of Muzdalifa, and performs symbolic Stoning of the Devil by throwing stones at three pillars.

Hajj is one of the five pillars of Islam, along with the Shahadah (oath to God), Salah (prayer), Zakah (almsgiving) and Sawm (fasting of Ramadan).