Economic Gains of Kazakhstan in Wake of Shifting Supply Chains

The Russia-Ukraine conflict has triggered some major shifts in the supply chains of West Europe, Eurasia, Central Asia, Caucasus and South Asia. This shuffle of the supply chain has considerable impact on global trade and commerce. Kazakhstan has its gifted landscape with an extensive network of rail, road, air and marine corridors and can transcend its limitation of landlockedness. Therefore, Kazakhstan contributing 60 percent GDP and 70 percent FDI of Central Asia, is destined to achieve massive economic gains by availing the opportunity of supply chain shift. 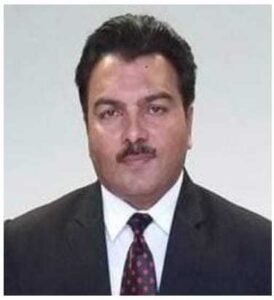 In fact, Russia has written off the European Union (EU) market and has captured the avenues of enhanced trade with China, India and the Middle East. Even the prospects of re-emergence of EU-Russia trade to the same level also look very dim. This development has closed Asian trade access to the European markets via Russia. Therefore, the supply chains are moving south. Though an existing route between Asia and Europe is via the Suez Canal, the shipping cost and delivery time are higher than alternate routes via the Caspian Sea.

The Caspian Sea bordering Kazakhstan, Russia, Turkmenistan, Iran and Azerbaijan, is the largest inland body of water without natural outlets. Kazakhstan’s Caspian Sea ports register a record breaking turnover in the first half of 2022. Kazakhstan’s Statistics Committee reports that the transportation of cargo via internal water transport infrastructure jumped to 433.8 million tenge ($907,530) that is over 5 times more turnover than during the same period of 2021. Currently, the three Caspian seaports in Kazakhstan are Aktau, Bautino and Kuryk with multipurpose terminals, transshipment facilities and access to the railway, though some further infrastructure development is necessary there. These ports are important to the Middle Corridor or Trans-Caspian International Transport Route (TITR) that facilitates cargo from the EU to transit via Azerbaijan’s Baku port, ship to Kazakhstan’s Aktau port and then to China and vice versa.

Moreover, Eurasian Rail Alliance comprising Georgia, Azerbaijan and Kazakhstan has been formed to carry out transit rail and maritime cargo between Europe and Asia by exploiting the transit potential of the TITR. The joint venture of Eurasian Rail Alliance would streamline cargo flows from China, Central Asia to the markets of EU and back, avoiding Russian Transit.

So, the China-Kazakhstan-Russia-EU freight train to Europe has shifted to the Southern route of China-Kazakhstan-Azerbaijan-Georgia and Türkiye-Europe. The only difference is that the latter is multimodal.

With widened export routes in 2022, Kazakhstan has also increased its wheat and flour exports to China, Azerbaijan, Georgia, Pakistan, Türkiye, Iran as well as new markets in the EU. 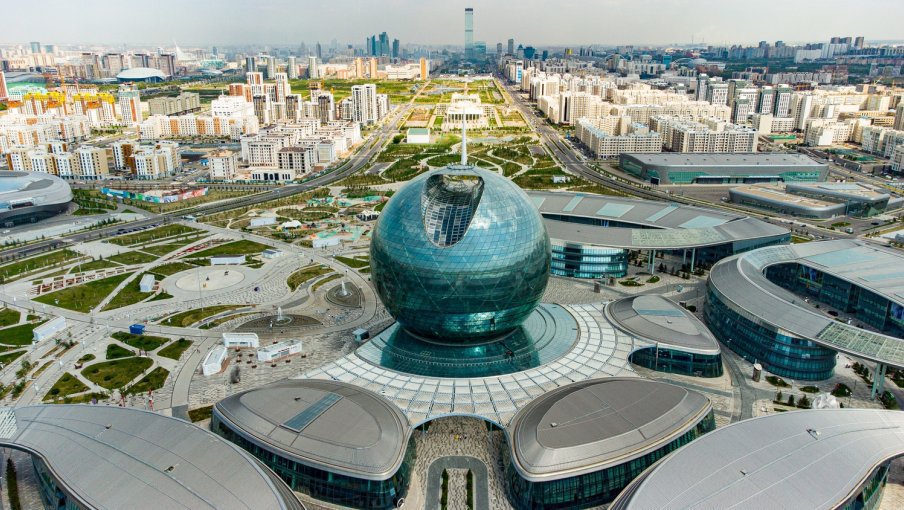 The Khorgos dry port shared by Kazakhstan and China on either side of the Kazakh-China border is also contributing to the shifting supply chains by handling import and export functions as the busiest dry port in the world.

Another connectivity link Kazakhstan-Turkmenistan-Iran-Türkiye Corridor was activated in June 2022 when the first freight train from Kazakhstan entered Iran for further heading to Türkiye and Europe.
Kyrgyzstan is in Enhanced Trade and Cooperation Agreement with the EU and has GSP+ status.

Kyrgyzstan is connected to Kazakhstan by road and rail. Kazakhstan has a 2,300 kilometers long border with Uzbekistan that has also Enhanced Partnership and Cooperation Agreement with both EU and the U.K. without tariff and duty barriers on over 6,200 products. Kazakhstan’s link with Uzbekistan through rail, road and air is boosting trade significantly.

The Eurasian Economic Union (EAEU) is a free trade bloc including Kazakhstan, Armenia, Belarus, Kyrgyzstan and Russia. EAEU already has free trade agreements with Iran, Serbia, Vietnam and is further negotiating with Bosnia, Egypt and the Association of Southeast Asian Nations (ASEAN) nations. This forum is likely to have a significant trade impact for Kazakhstan.

In the past five years, trade turnover of Kazakhstan with other countries of Central Asia has reached $6.3 billion, a growth of 42 percent. Kazakhstan is progressing well towards realizing its intra-region trade potential of $15 billion.

Kazakhstan exports two-thirds of its oil via Caspian Pipeline Consortium (CPC), the world’s largest international oil transportation project involving Russian and Kazakh companies to the port of Novorossiysk on the Black Sea via 1,500 kilometers. In view of the vulnerability of the CPC channel, Kazakhstan is going to re-route its oil exports via the Baku-Tbilisi-Ceyhan pipeline that ends in Türkiye.

Further, Kazakhstan is also part of Quadrilateral Transit and Trade Agreement (QTTA) along with Pakistan, China and Kyrgyzstan that is an alternative gateway for Central Asia to the warm waters of Gowadar port, by completely circumnavigating Afghanistan, in case of instability. QTTA would link landlocked Central Asia to China’s Xinjiang region that is connected with Karakoram Highway toward the sea port of Gowadar.

Above analysis reflects how Kazakhstan is poised to secure economic gains in the context of shifting supply lines. Kazakhstan economy has shown a lot of resilience in the pandemic times of COVID-19 and after terror turmoil of January 2022. Being an attractive destination of foreign investment, an increase of 34.9 percent in FDI has been observed in Kazakhstan despite the COVID-19.

The author is Muhammad Rafiq (Pakistan), a senior banker based in Kazakhstan, with keen interest in Central Asian studies.

The article was originally published on the Daily Times website.