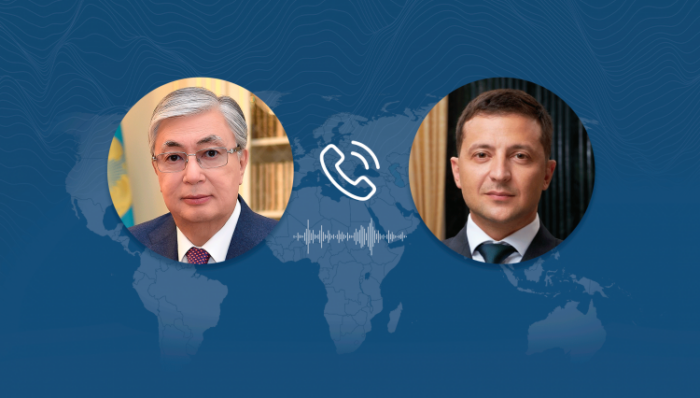 At the initiative of the Ukrainian side, President Kassym-Jomart Tokayev had a telephone conversation with President Volodymyr Zelenskyy on July 23.

Both leaders exchanged congratulations on the 30th anniversary of the establishment of diplomatic relations between the two countries, marked on July 23.

Tokayev gave his positive evaluation of the results of cooperation between the two countries in the economic and humanitarian areas during this period.

He also reaffirmed Kazakhstan’s position on the diplomatic resolution of the situation in Ukraine and welcomed the United Nations (UN) backed deal on the export of Ukrainian grain that was signed in Turkey.

Earlier on July 22, Russia and Ukraine reached an agreement allowing export of grain from Ukrainian Black Sea ports that were blocked due to the geopolitical situation in the region, leading to soaring food prices. The signing ceremony took place in Istanbul’s Dolmabahce Palace in the presence of Turkish President Recep Erdogan and UN Secretary-General Antonio Guterres.

President Zelenskyy wrote on his Twitter account that he thanked the Kazakh President for his “fundamental support of Ukrainian territorial integrity, and nonrecognition of the so-called ‘LPR,’ ‘DPR’ (Luhansk People’s Republic and Donetsk People’s Republic).”

In his recent call with Russian President Vladimir Putin on July 12, Tokayev expressed his positive evaluation of the prompt interaction between Russia and Kazakhstan to solve the urgent problems in transport and logistics.

Since March Kazakhstan has sent two humanitarian aid planes to Ukraine with medical supplies, and one plane with bed supplies and food products upon receiving an appeal from the Ukrainian government.