By Saniya Bulatkulova in Sports on 24 June 2022

NUR-SULTAN – Kazakh President Kassym-Jomart Tokayev wished success to the women’s chess team of Kazakhstan as they prepare for the 44th World Chess Olympiad, scheduled to take place from July 28 to Aug. 10 in India’s Chennai, reports the presidential press service on June 22. 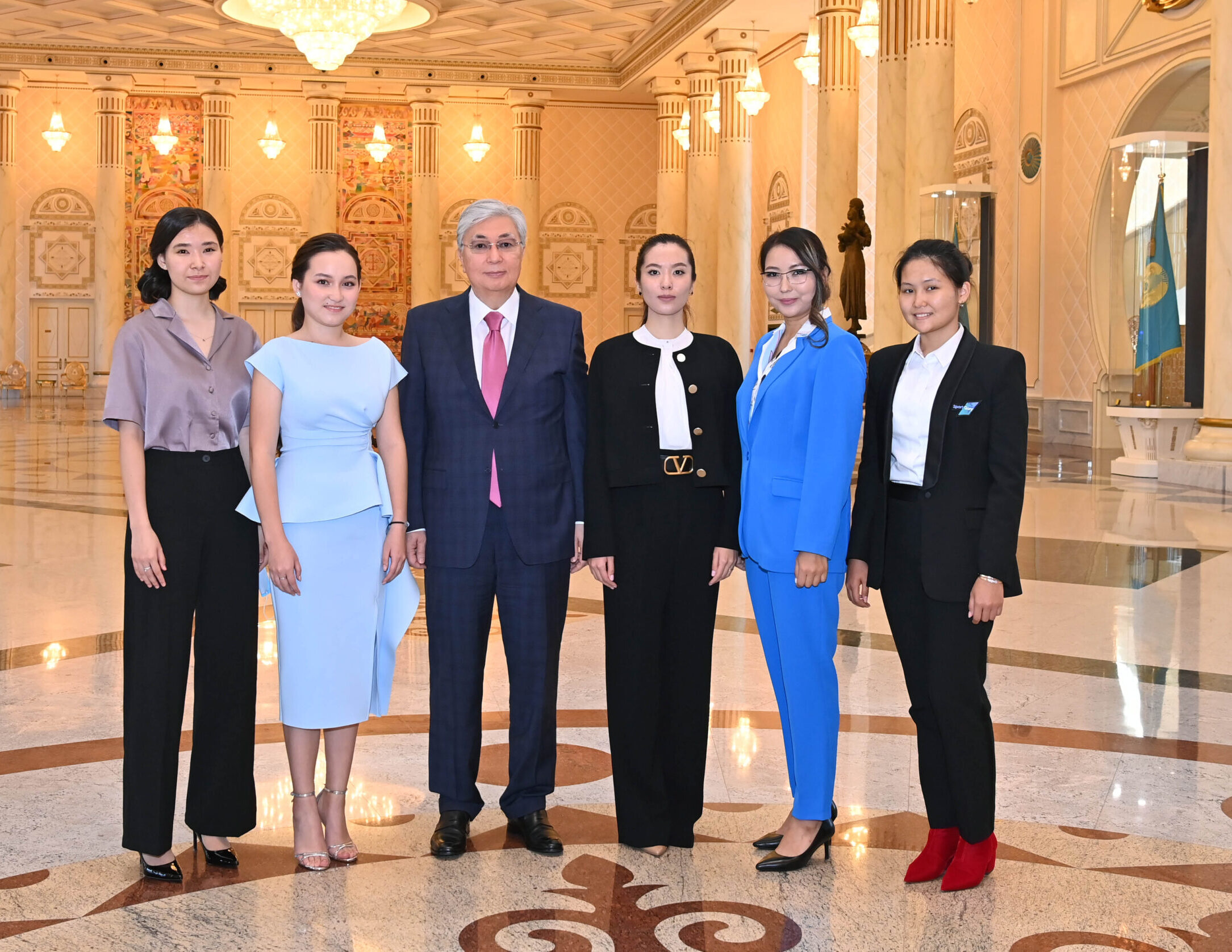 Tokayev with the women’s chess team of Kazakhstan during the meeting. Photo credit: Akorda Press

Five female World Champions and Grandmasters – Zhansaya Abdumalik, Dinara Saduakasova, Bibisara Assaubayeva, Guliskhan Nakhbayeva, and Meruert Kamalidenova, discussed with Tokayev the development of the sport, the continued assistance from the state, the infrastructural facilities and efforts to popularize chess as a separate sport in the country.

The President supported proposals to include chess as an optional subject in the school curriculum and the construction of a boarding school for 1,500 students in Almaty city with in-depth study of chess and IT technologies.

Tokayev noted that he will continue to pay particular attention to the development and support of chess, where local athletes, largely female, continue to show remarkable achievements.

This year, Assaubayeva entered the Guinness World Records book as the youngest world champion among women in blitz, while Abdumalik became well-known as she is the first ever female player from Central Asia to receive the Man Grandmaster title.