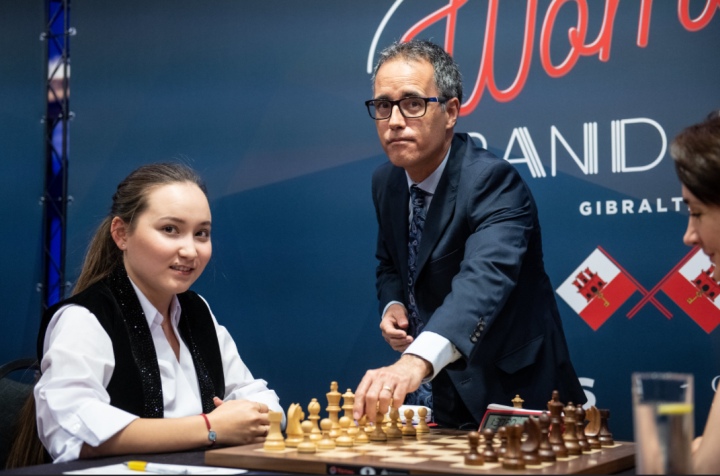 The 21-years-old player met the qualification standards for the title during her stellar performance at the 2021 Gibraltar FIDE Women’s Grand Prix. With just one tour of the tournament left, Abdumalik has already been declared the winner of the Grand Prix following her victory over Kateryna Lagno from Russia.

The Man Grandmaster title is awarded by FIDE and, apart from the world champion title,  is the highest rank for professional chess players. The last Kazakh chess player who became Grandmaster was Rinat Zhumabayev in 2009.

Chess remains one of the most popular sports in Kazakhstan with nearly 200,000 people professionally engaged in it, according to Executive Director of the Kazakh Chess Federation Irina Grishchenko. The first Kazakh chess club was opened in 1889 in Verny (present day Almaty) and the first women’s tournament was organized in 1950.

The Kazakh Chess Federation regularly organizes tournaments for chess players on all levels and is working on making the sport more accessible for remote regions. In addition, chess is also taught in selected primary schools across Kazakhstan with textbooks issued by the Ministry of Education and Sciences.

“Many countries are introducing chess into the school curriculum. It has several benefits such as developing logic, tactics, motor skills, and memory. We are the only country in the world where this project is accompanied by psychologists who observe classes. In classes where chess is taught, the average reading speed of students tends to increase. There is also a social aspect to it,” said Grishchenko in an interview with Inbusiness.kz in March 2020.

Today, more than 2,000 children study chess in at least 44 schools in Almaty, Kyzylorda, Pavlodar and Shymkent.