By Saniya Bulatkulova in Sports on 7 April 2022 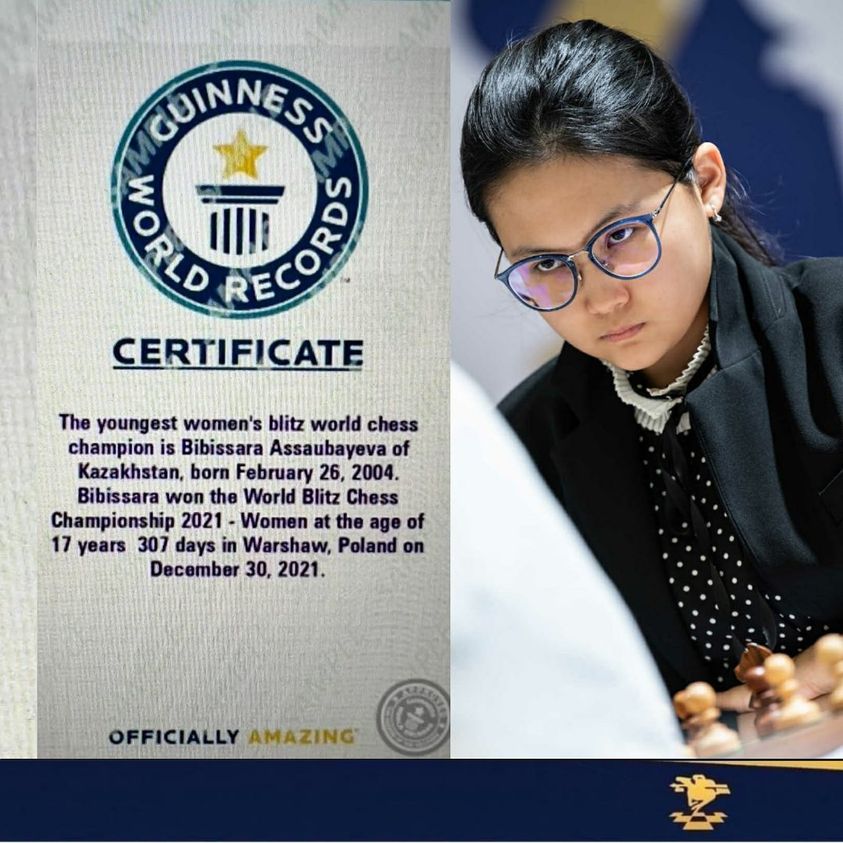 According to the KCF, Assaubayeva is the first Kazakh chess player to be listed in the book for achievements in chess playing.

“Of course, this record is the result of huge work and a great motivation for the younger generation. We wish her to reach incredible peaks in further sports competitions and meet all of her goals,” reads the release.

Assaubayeva is a six-time world champion in chess and holds the International FIDE Master and Woman Grand Master titles.