By Saniya Bulatkulova in Society on 26 June 2022 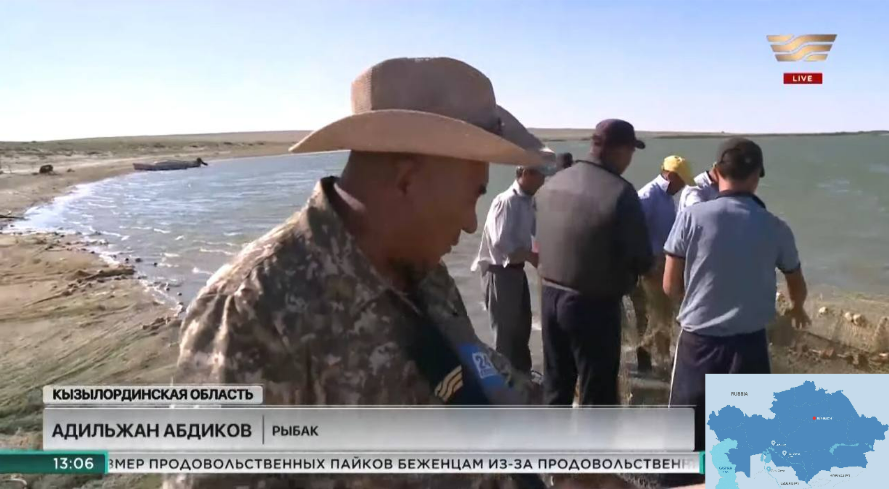 A fragment from Khabar TV channel’s story, where Adilzhan Abdikov is telling about fishing. Click to see the map in full size

The Small Aral Sea covers an area of a little less than 3,500 square kilometers and is the northern part of the shrinking Aral Sea, which attracts particular attention not only in Kazakhstan and Uzbekistan, where it is located but among the whole world. Once the world’s fourth-largest lake, it has vanished to almost one-tenth of its original size of 68,000 square kilometers due to a Soviet irrigation campaign launched in the 1970s to supply the region’s production of cotton and other crops.

As a result, the Aral Sea became an environmental disaster. Its salt and mineral content rose significantly, wiping out fish in the lake, while the fishing industry has been almost devastated. Salt storms from the sea threaten the valuable agricultural land of Kazakhstan and neighboring countries.

In 2005, the World Bank funded the construction of the 13-kilometer-long Kok-Aral Dam to prevent water from spilling into the sands. This year, 250,000 hectares of saxaul forests are expected to be planted on the drained bottom of the northern part of the Aral Sea to stop dust storms in the region, according to the Khabar TV channel’s story released in April. 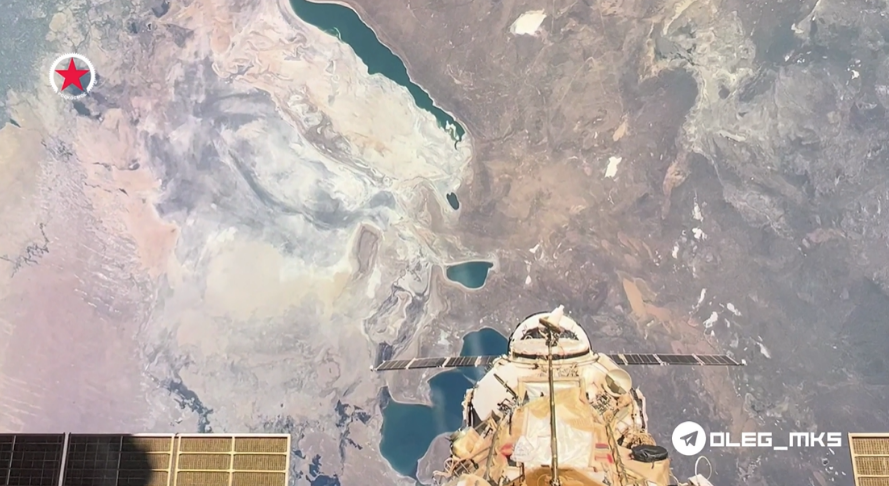 A fragment from a video of the Aral Sea from space posted by Russian cosmonaut Oleg Artemyev on his Telegram channel on June 7.

In their turn, the Abdikov brothers follow in their father’s footsteps.

“In 2015-2016, a channel was dug from the Syr-Darya River to Alasha and Karakol. Since then, there has always been a lot of water in these places. Even in a dry year, we have managed to avoid great losses and difficulties,” said Akanzhan Abdikov.

His brother noted that there are valuable species of fish in the area.

“Almost 500 kilograms of fish have been caught. After sorting baby fish, we will return them to the sea. We will send the remaining product to the fish factories of Aralsk and Kazalinsk as we have a contract with them,” said Adilzhan Abdikov.

At present, fishing has become one of the most important industries in the region. Kyzylorda Region has nine fish processing plants, three of which have Eurocodes, which allow trade across Europe and beyond.

The number of fish farms is expected to increase to 55 as part of the regional fisheries development project. The establishment of 12 pond farms and 16 fish farms will increase the volume of fish production and export.