NUR-SULTAN –  76.4 percent of Kazakh citizens eligible to vote support the constitutional amendments put on the referendum,  said the experts during a roundtable on Friday titled Referendum: Constitutional Rights of Citizens organized by the Kazakh Institute for Strategic Studies (KazISS) to discuss the upcoming national referendum and the rights of the country’s citizens, reports the institute’s press service. 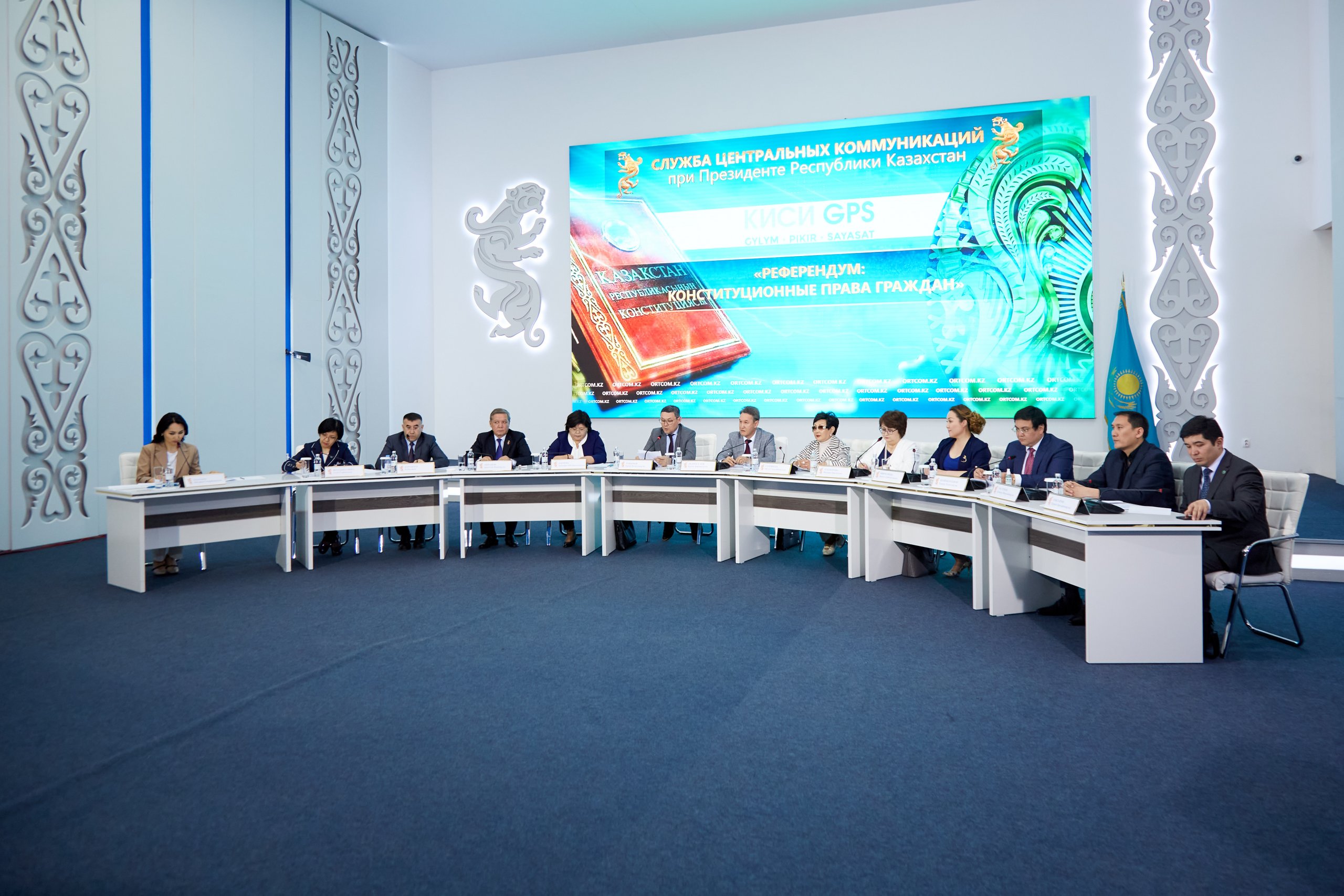 Experts gathered for the roundtable to discussed the key issues related to the referendum to be held next Sunday, June 5. Photo credit: KazISS press service

Opening the roundtable, part of the institute’s Galym, Pikir and Saysat series, KazISS Director Yerkin Tukumov cited the data of the opinion poll, which included 1,200 respondents in Almaty, Nur-Sultan, Shymkent, and 17 oblasts (regions) of the country.

“In less than three weeks, a national referendum will be held for the first time in 27 years. We will be voting on the most important amendments to the country’s Constitution. Therefore, as soon as President Tokayev announced the referendum, the KazISS carried out a phone survey from May 9 to 12 on the attitude of the people of Kazakhstan towards the constitutional reforms and the referendum,” said Tukumov.

According to Professor of Theory and History of State and Law at Lev Gumilyov Eurasian National University Yermek Abdrassulov protecting the main values – a person, his or her life, rights, and freedoms – is the main message of the constitutional reform and the re-establishment of the Constitutional Court, which has existed in Kazakhstan between 1992 and 1995, will help promote justice at all levels.

Ph.D. and Associate Professor at the Kazakh National University’s Graduate School of Economics Ikbolzhon Koroboev emphasized the importance of the legitimacy of reforms. “Constitutional reforms must meet three aspects of legitimacy: democratic, legal and scientific criteria. Only then will constitutional change contribute to the establishment of effective and efficient democratic law and constitutional order,” he said.

“Protection of human rights is the main task of the Ombudsperson and the Prosecutor General. On the basis of appeals and complaints from the citizens, who face lawlessness and imperfections of law, they will directly address the Constitutional Court with a request to review compliance of laws and sub-legislative acts with the Constitution,” she said.

The referendum will be on June 5 and according to the preliminary data collected by the Central Referendum Commission, lists of citizens with the right to participate in the referendum include 11,722,536 out of the country’s 19 million population. 10,013 polling stations will open on the referendum day.

Commenting on the upcoming referendum on his social media, political expert Murat Abenov said the proposed amendments were in line with the majority’s opinion. He cited the results of two other surveys conducted at the beginning of May by the Central Communications Service and Qogamdyk Pikir (Public Opinion) Institute – between 71 to 73 percent of the respondents support the referendum.

“First of all – to redistribute power, strengthen the role of parliament, maslikhats (local legislative bodies) through broader participation of citizens… Of course, having voted on June 5, even with the new Constitution, we will not find ourselves in a new country. But we all need to use the potential and opportunities of these reforms together,” wrote Abenov.