NUR-SULTAN – President Kassym-Jomart Tokayev addressed the participants of the first Catholic Bishops’ Conference of Central Asia which is being hosted on April 27-29 in the Kazakh capital of Nur-Sultan, reports the press service of the Kazakh Senate. The president’s message was conveyed by Maulen Ashimbayev, Speaker of the Senate. 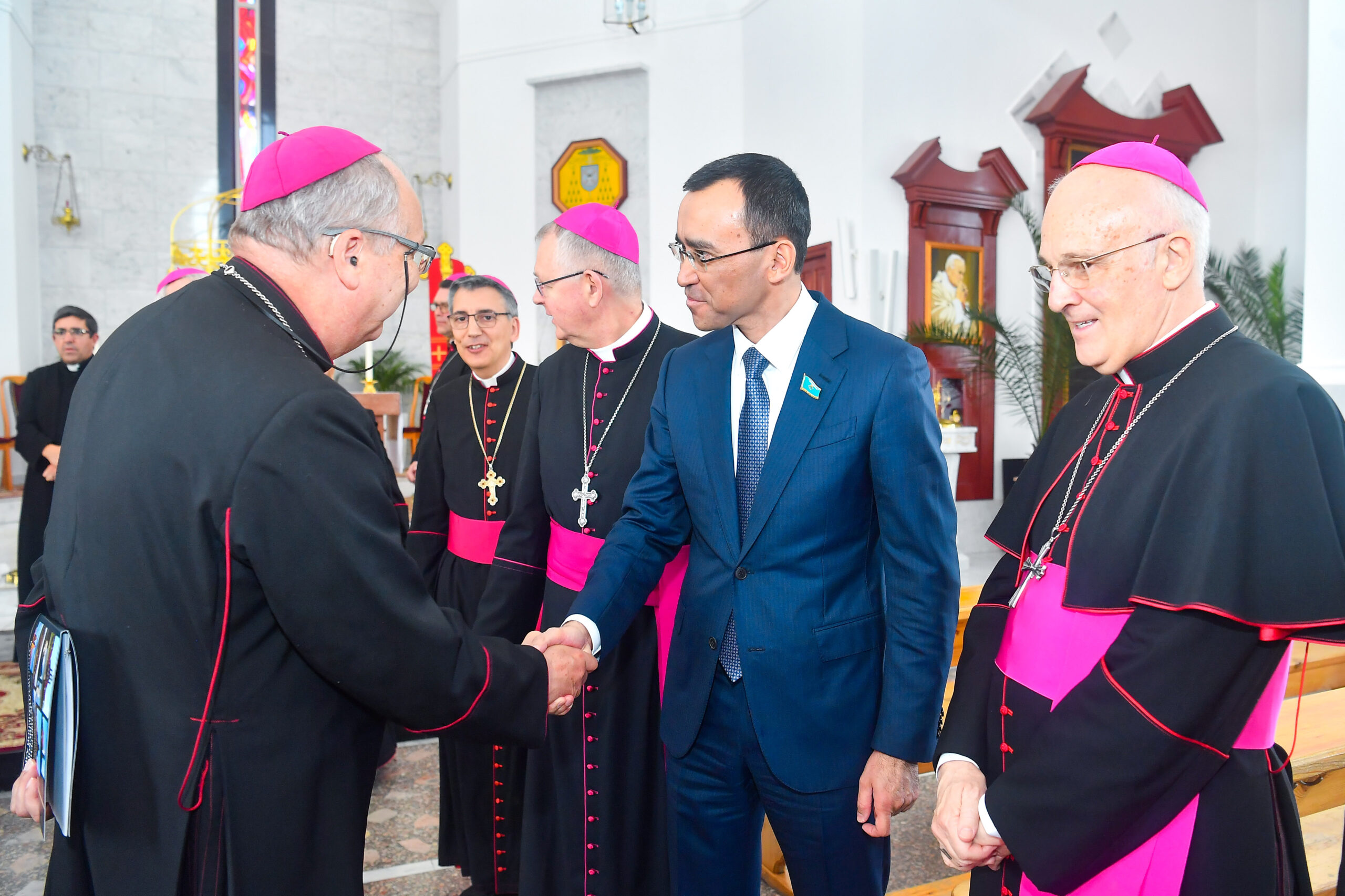 Maulen Ashimbayev, Speaker of the Senate, talking to the participants of the first Catholic Bishops’ Conference of Central Asia. Photo credit: senate.parlam.kz

The Catholic Bishops’ Conference was established in September last year to help the regional bishops respond together to common challenges and to ensure mutual support to address problems in each country. Their meeting in Nur-Sultan is expected to discuss and set pastoral priorities for local churches.

Kazakhstan is the largest among the five Central Asian nations, where the majority of the population profess Islam and Christianity comes next, from mostly Orthodox Christians.

There are some 200,000 Catholics, mostly of Polish, German and Lithuanian origins who arrived in Kazakhstan after being deported under the Soviet regime. They make up a little over one percent of the country’s population.

In his address to the meeting, Tokayev noted that for 30 years of independence, the country has managed to build a unique model of interethnic and public consent, based on a principle of “unity in diversity,” the term that he first voiced at an expanded meeting of the Assembly of People of Kazakhstan in October.

He underlined the significant contribution of Catholics, along with other believers in the country, to promote the image of modern Kazakhstan as a country that sustained tolerance and mutual understanding between representatives of different religious and ethnic groups.

In an April 11 conversation with Tokayev, Pope Francis, the Head of the Catholic Church and Sovereign of the Vatican City State, confirmed his participation in the VII World Congress of Leaders of World and Traditional Religions scheduled for Sept. 14-15 in Nur-Sultan.

Addressing the Catholic Bishops, Ashimbayev described the second historic visit of Pope Francis to Kazakhstan as a unique event that confirms Kazakhstan’s status as a reliable platform for interreligious and inter-civilization dialogue. The first official visit to Kazakhstan by the head of the Roman Catholic Church, namely Pope John Paul II, took place 21 years ago, on Sept. 22, 2001.

“Kazakhstan and the Vatican have considerable potential for further cooperation. I am confident that bilateral relations will be further strengthened through various educational, cultural, social, and humanitarian initiatives and projects,” said Ashimbayev quoting Pope John Paul II’s words during his 2001 visit about the common goal of being “peacemakers because a society firmly founded on peace is a society with a future.”

The program of the session, which will last through April 29, also included a visit to places of significance for Catholics in Karaganda.