NUR-SULTAN – President Kassym-Jomart Tokayev’s reforms are “a serious step towards democracy” said Andris Ameriks, First Vice-Chair of the European Parliament (EP) Delegation for Cooperation with Central Asia and Mongolia and Vice-Chair of the EP Committee on Transport and Tourism, during his April 12 visit to Nur-Sultan as head of the EP delegation. 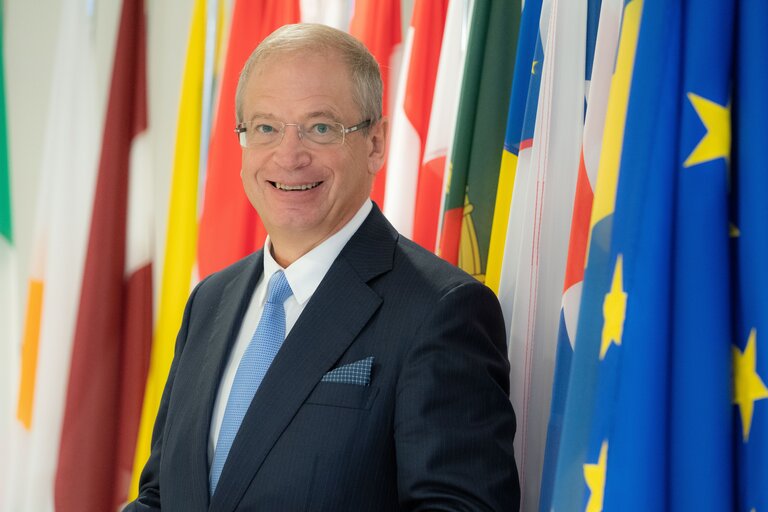 According to Ameriks, who spoke to a group of journalists, Kazakhstan is an important partner for the European Union (EU) and remains the key Central Asian state. Cooperation is important for both sides as around half of foreign direct investment to Kazakhstan comes from countries that are part of the EU.

“It was very important for us to hear President Tokayev’s statement about the very serious reforms that will be taking place in Kazakhstan. This is unambiguously a step towards democracy,” said Ameriks speaking of reforms concerning the elections and formation of the Parliament, competition at the level of akims (regional mayors), reducing the threshold for the establishment of political parties, and other related changes in the Constitution.

“We think it is very important now that what has been said by the President will be put into practice,” he said adding he is very pleased to know many reforms are to be implemented this year.

Answering the question of whether there are any priority reforms, he said it is better to discuss the reforms as a whole package. “In my opinion, the January events have influenced this package of reforms to be transferred to society faster. If not for those tragic events, I think, the transformation may have taken longer.” In early January 2022, Kazakhstan saw the biggest violent unrest in its 30-year history as an independent nation when initially peaceful protests were hijacked by violent mobs as part of what President Tokayev described as attempted coup d’état.

“It is very important for all of us to have a transparent, concrete investigation into what has happened,” said Ameriks referring to the January events in Kazakhstan. “It is clearly important for the society of Kazakhstan, but it is also necessary for the friends and partners of Kazakhstan in Europe to understand what it was, and who was behind it.”

Investigations are underway into the January unrest, including determining its masterminds and perpetrators, as well as cases of excessive use of force by the law enforcement agencies and the involvement of foreign-trained terrorists.

The most recent updates on the investigation’s progress were released by the Prosecutor General’s Office and the Ministry of Internal Affairs on April 11.

Speaking of the military conflict in Ukraine and the effect of the EU sanctions imposed on Russia that might affect Kazakhstan, Ameriks said that no one should underestimate the risks related to sanctions on economies that are closely connected with Russia.

“We very much appreciate that Kazakhstan is taking a neutral position on this matter, we understand that Kazakhstan has its own obligations [to Russia], there is a customs union and economic unions, but one thing is clear today – that the main task is to stop the war,” the member of the European Parliament said.

Ameriks insisted that the EU sanctions on Russia will continue until the hostilities in Ukraine end, despite heavy economic losses and the inflation that Europe and partner states will experience, arguing that “we can’t replace people’s lives with anything.”

“Ending the war is the first priority, that’s why Europe will tolerate all related inconveniences” and so too will have to do all other countries in the world.

The EP delegation arrived in Kazakhstan on April 11 to participate in the 19th meeting of the Kazakhstan – European Union Parliamentary Cooperation Committee and to discuss matters concerning the strengthening of political cooperation, searching for new promising projects for both sides, and the strengthened observance of human rights in Kazakhstan.