NUR-SULTAN – The General Prosecutor ’s Office has released updates in connection to the January unrest from their investigation at the April 11 Central Communications Center briefing in the Kazakh capital. 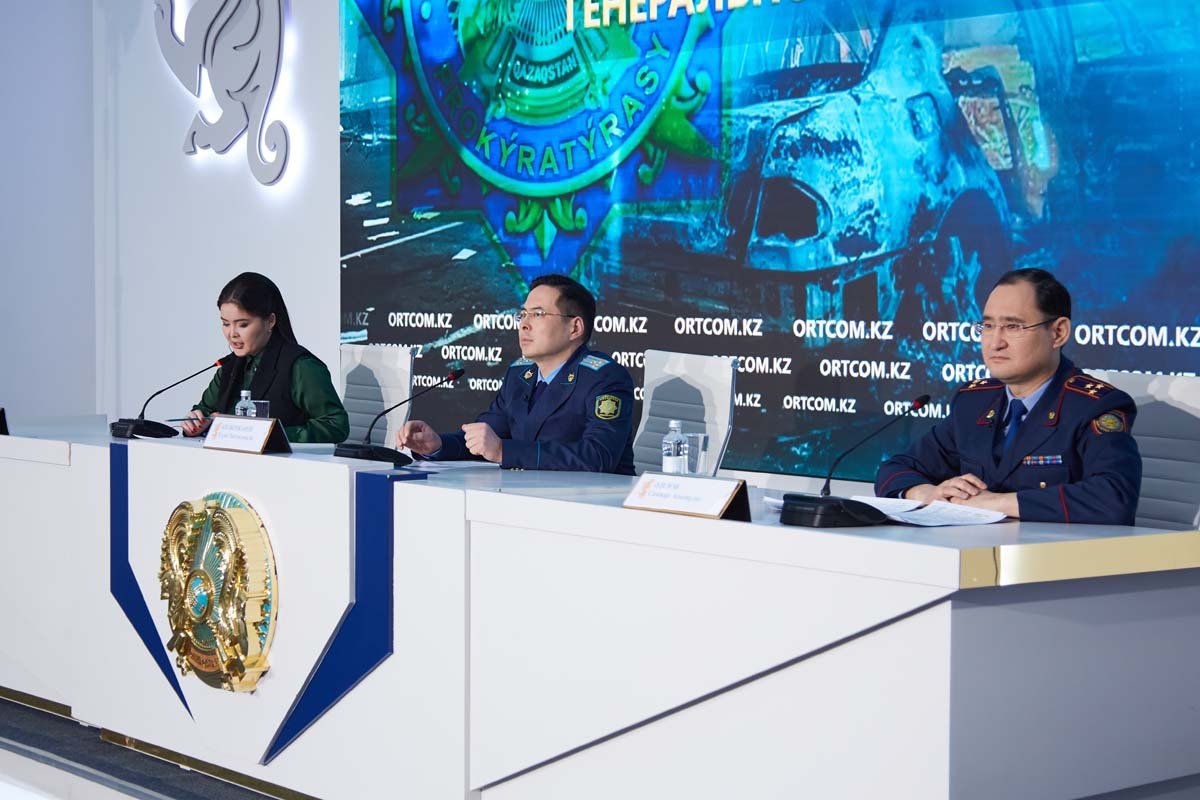 Deputy Head of the first Service of the General Prosecutor’s Office Yeldos Kilymzhanov and Head of the Investigative Department of the Ministry of Internal Affairs Sanzhar Adilov. Photo credit: Ortcom.kz.

As a result, 547 people were found guilty and more than half of these people are in custody facing criminal charges, reported Deputy Head of the first Service of the General Prosecutor’s Office Yeldos Kilymzhanov.

“Special prosecutors revealed that 12 organized criminal groups were involved in the riots. The list of the most active groups includes Arman Zhumageldiev’s Dikyi (Wild) Arman, Kazakhstanskyie and Aishuak-Zhantugel. Some 23 members of the organized criminal group have been arrested. All necessary measures are taken to identify and charge the organizers and participants in these crimes,” said Kilymzhanov.

The Prosecutor General’s Office also continues to investigate the incident surrounding the abandonment of the buildings of the Departments of the Committee of National Security and the police offices in the Almaty, Zhambyl and Kyzylorda regions, and the Almaty airport. The heads of these state bodies are recognized as suspects.

The police also provide assistance to people whose businesses were damaged during riots, said Sanzhar Adilov, the Head of the Investigative Department of the Ministry of Internal Affairs. Damage compensation is the priority. The police found and seized the stolen property worth more than 340 million tenge (US$767,000).

The Ministry of Internal Affairs has been investigating 1,090 criminal cases. Some 165 persons remain in custody. “All of them committed grave and especially grave crimes. Some 315 suspects were released from custody. Those who committed crimes for the first time and admitted their guilt. The investigation of criminal cases has been completed in connection to 377 suspects, and cases go to trial,” said Adilov.

In addition, 196 persons committed thefts, 39 individuals are suspected of illegal arms trafficking, and three persons are charged with robberies and thefts.

The police found and seized 1,430 firearms and more than 35,000 units of ammunition.