30 Years of Kazakhstan’s Membership in UN: Cooperation for Environmental Protection and Sustainable Development

By Staff Report in International on 15 April 2022

NUR-SULTAN – This year marks the 30th anniversary of Kazakhstan’s membership in the United Nations (UN). Its acceptance as a full member took place on March 2, 1992 less than three months after Kazakhstan declared its independence. 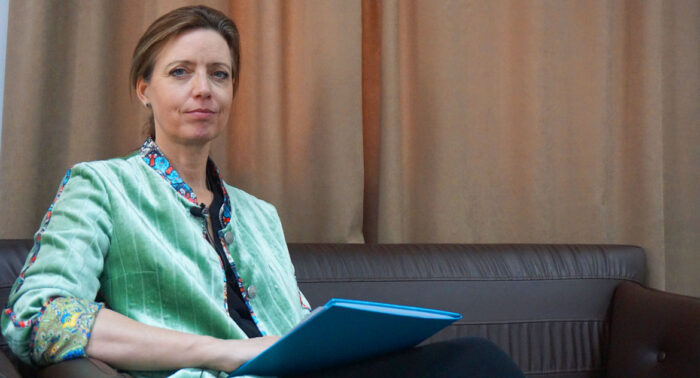 Now 27 UN agencies together with the Kazakh government and people work on a broad range of issues, including economic and social development, environmental protection and disaster relief, the promotion of good governance and human rights, gender equality, and women empowerment.

UN Resident Coordinator for Kazakhstan Michaela Friberg-Storey spoke about the environmental projects and initiatives implemented by the UN and the Kazakh government in a recent interview released on the UN News.

Over the past 30 years, the UN has implemented more than 400 projects in various sectors at the national and regional levels in Kazakhstan. Environment is of special importance as part of the initiatives to achieve the Sustainable Development Goals.

The UN is also engaged in the restoration of the Aral Sea. In 2021, the UN General Assembly adopted a resolution on the Aral Sea region declaring it a zone of ecological innovations and technologies and committing to promote greater research and scientific efforts to recover the region and improve its environment.

“The UN team in Kazakhstan is working to improve the life and protect the health of more than 74,000 people living in the Aral Sea region. Measures were taken to reduce air, soil and water pollutants. Water protection and reforestation activities covered more than 70,000 hectares, including the sea’s dried bottom,” she said.

Friberg-Storey noted that the UN agencies have worked closely with local authorities and rural communities to compile lists of particularly vulnerable households. This helped to ensure a fair and rational distribution of allocated resources.

The UN also raises concern about the joint use of transboundary rivers in Central Asia. According to experts, disagreements in this area will lead to conflicts in the future in this region.

“The UN agencies deal with the issue of transboundary rivers. The UNDP and the European Union launched a joint project on sustainable management of the Ili-Balkhash basin in 2009-2013. The project was aimed to support bilateral cooperation and joint activities with China and provide expert advice to improve legal agreements between countries. It is necessary to take immediate joint action to create the institutional and policy framework for sustainable water management,” she said.

The UN also has projects to promote biodiversity and conservation of endangered species, said Friberg-Storey. “One of the projects is related to the conservation of saigas. Kazakhstan, Mongolia, Russia and Uzbekistan adopted joint measures to conserve the saiga in accordance with the UN Convention on the Conservation of Migratory Species of Wild Animals in October 2021. Over the next five years, the international work program supported by the UN Environmental Programme will provide a new basis for the conservation of this species throughout its migratory range.”

The UNDP, the Global Environment Facility and the Kazakh government have implemented the project on Conservation and Sustainable Management of Key Globally Important Ecosystems for Multiple Benefits to identify the habitat and migration routes of the snow leopard.

The UNDP has conducted a study to identify potential habitats for the snow leopard population. Some 294 camera traps and other equipment have been installed for monitoring the snow leopard and its food supply.