By Saniya Bulatkulova in International on 15 March 2022

NUR-SULTAN  – The fifth repatriation flight that departed from Katowice on March 15 has landed in Almaty. It brought 89 Kazakh citizens on board returning from Ukraine, reports the Kazakh Civil Aviation Committee’s press service. The flight was operated by Kazakhstan’s national air carrier Air Astana. 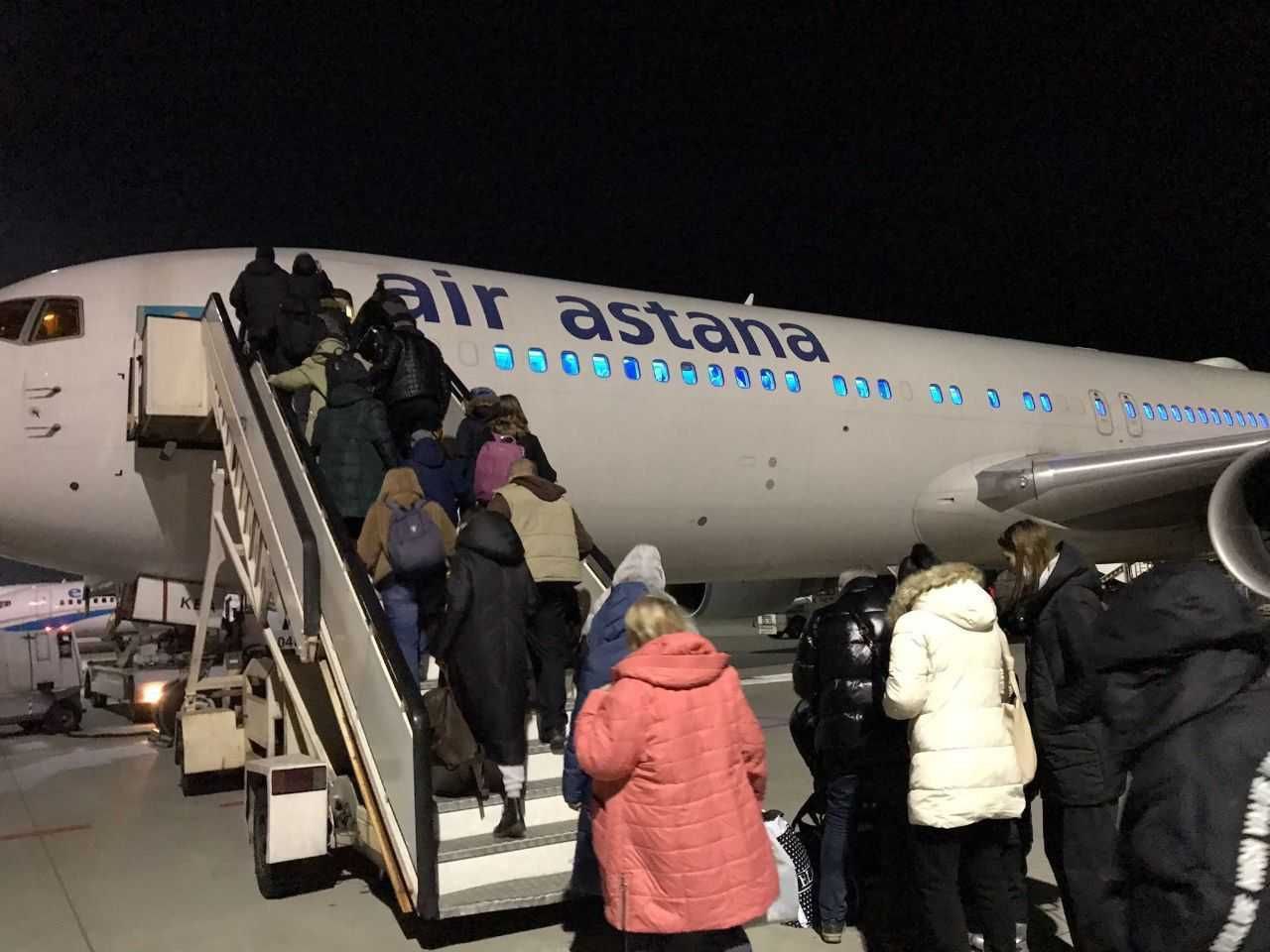 Overall, 587 people have returned from Ukraine to Kazakhstan through Katowice since Feb. 28.

On March 14, Kazakhstan operated the first humanitarian aid flight to deliver medicines for the Ukrainian people. Previously, the Kazakh government announced that it will provide Ukraine with a batch of 25 different kinds of medicines worth US$2.25 million.