NUR-SULTAN – Kazakh President Kassym-Jomart Tokayev outlined the position of Kazakhstan regarding the situation in Afghanistan saying the country is ready to establish business ties with the new leadership in Afghanistan, wrote President’s spokesperson Berik Uali on his Facebook account. 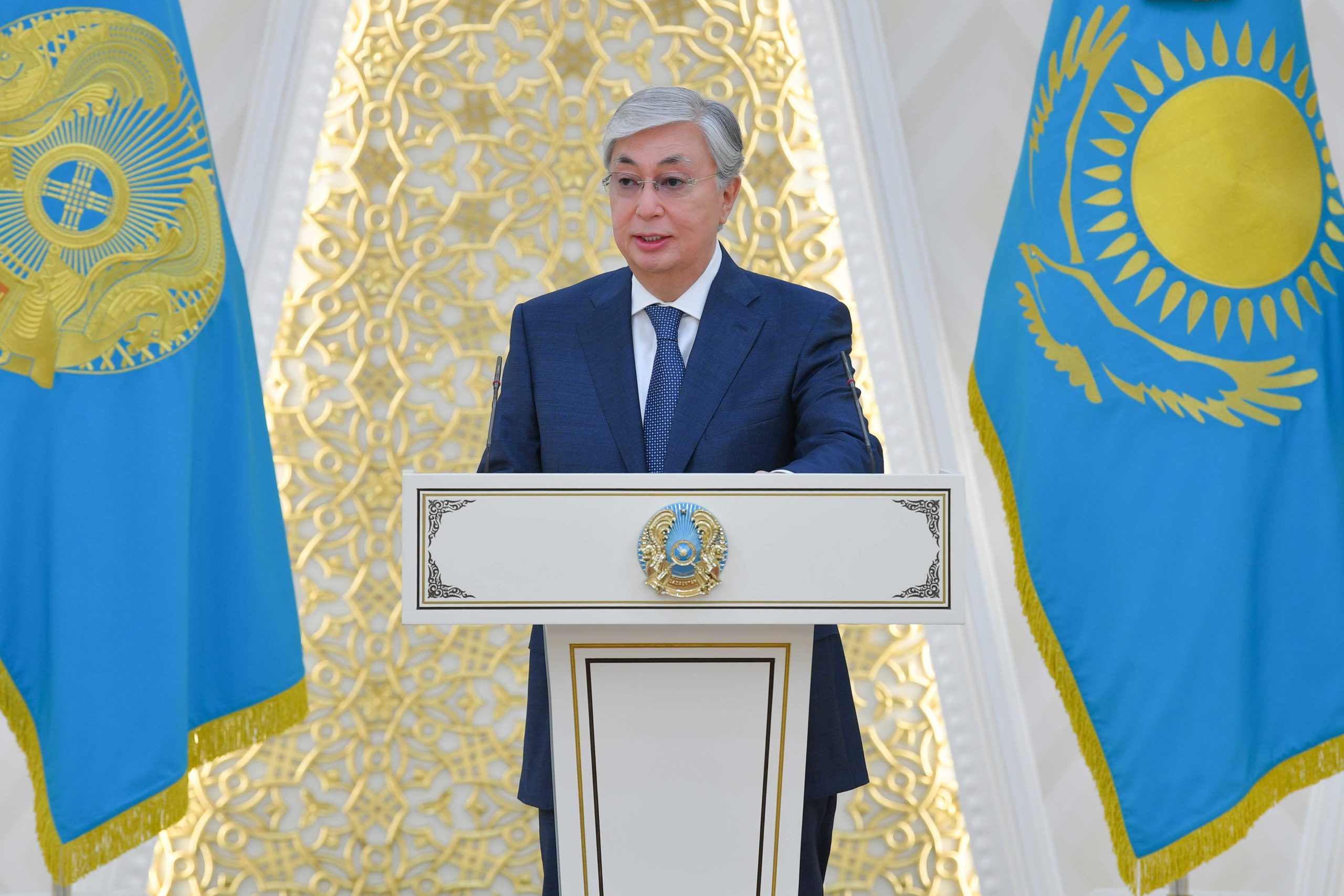 “Kazakhstan believes that Afghanistan must become a stable, sovereign, and united state, living in peace with itself and with its neighbors. We are ready to establish constructive business contacts with the new authorities, first of all, to solve acute humanitarian problems faced by this country that has suffered for long,” said Tokayev during the ceremony of receiving credentials from newly appointed envoys in Akorda on Sept. 8.

Though Kazakhstan does not border Afghanistan, there are risks stemming from the increased instability in the country. Tokayev said Kazakhstan is also ready to cooperate with countries to stop the spread of violence, drug trafficking, and uncontrolled migration out of Afghanistan.

“I hope the Taliban will prove that they are in fact more moderate and open to negotiations by forming a truly unified, inclusive, and representative national government,” said Tokayev.

In August, Kazakhstan evacuated its citizens as well as 14 Kyrgyz citizens and one person each from Russia and Lithuania from Afghanistan. The operation took three days.

Tokayev said Kazakhstan currently considers the return of the Kazakh diaspora from Afghanistan.

“For humanitarian reasons, we have extended study visas for 57 Afghan students. We have also provided air transit corridors and refueling facilities for aircraft with foreign nationals on board. The city of Almaty was chosen as a temporary location for the UN agencies in Afghanistan,” said Tokayev.

Tokayev emphasized that international cooperation becomes more important amid the growing challenges and said Afghanistan should not be left isolated.

He said “humanity continues to be challenged by the enormous strains on health, social and economic life resulting from the COVID-19 pandemic. The virus has shown how unprepared countries and the international community are for global emergencies.”

“At the same time, the pandemic has served as a wake-up call to intensify our joint efforts to combat more deadly threats such as weapons of mass destruction and climate change. I would like to emphasize that building a world free of nuclear weapons remains one of Kazakhstan’s top foreign policy priorities,” he said.

Tokayev told the diplomats that reforms would continue in Kazakhstan that celebrates the 30th anniversary of its independence this year.

“Over these years, Kazakhstan has established itself as a developed and future-oriented state that is recognized for its domestic stability, economic progress, and balanced foreign policy. I would like to assure you that consistent economic reforms remain the main focus of the work of our government,” said Tokayev.