By Aidana Yergaliyeva in Nation on 9 January 2021

NUR-SULTAN – Kazakh political analysts and experts commented on the progress and development of the Kazakh political environment, political competition and forecasts on the Jan. 10 regular parliamentary elections in Kazakhstan at a Jan. 8 press briefing. 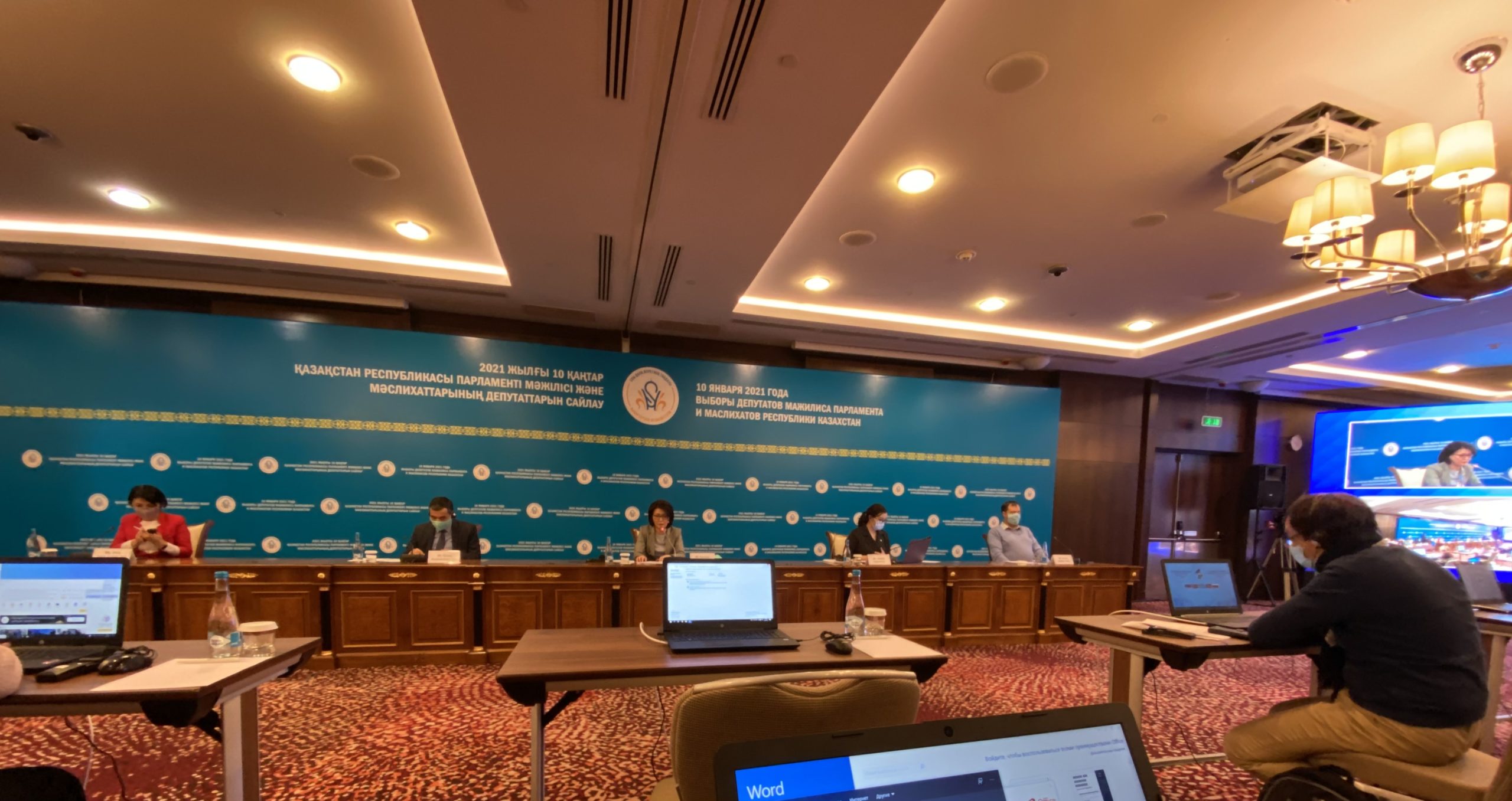 “The political system in Kazakhstan is developing into a stable political environment which is characterized by a multi-party system,” said Kazakh Institute for Strategic Studies director Zarema Shaukenova. “There are no significant quantitative changes in our electoral parties from other years. Seven parties participated in the parliamentary elections in 2012, six in 2016, and in the current year five.”

The experts pointed out several distinctive features of the upcoming parliamentary elections. First, the political parties concentrated their efforts on tv, radio, and web resources, while minimizing their work with street billboards, flyers, and direct meetings with the population due to the epidemiological situation in Kazakhstan.

“We used all the most modern communication channels. The new communication strategy with the population relied on live streams on social media, talks with journalists and teledebates. One of the unique features of the current elections is that there were teledebates in all the regions of the country. The electoral theme has been discussion on various media platforms,” said Shaukenova.

Another feature was the introduction of the 30 percent quota for women and youth in the party lists. All political parties managed to fulfill the quota.

As for political parties, the experts seem to agree that there was strong political competition in the 2021 parliamentary elections due to the changing strategies of parties, rebrandings, the end of the Kazakhstan 2050 coalition, as well as the introduction of the proportional representation system at all maslikhat (local representative bodies) levels.

“In fact, a serious [political] competition is expected. Why? Because, on one hand, we see that the opposition national social-democratic party refused to participate. On the other hand, last year’s Kazakhstan 2050 coalition ceased to exist. It included the current Nur Otan party and all the other parties participating in the elections. Therefore, there are no alliances, partnerships or connections between the parties. It’s every man for himself,” said Andrey Chebotarev, the director of the Alternativa (Alternative) contemporary research center.

“In addition to that, the transfer of the system from maslikat elections to proportional representation. If, before, it was for parliamentary mandates, now there is a struggle for deputy mandates of maslikhats at all levels. I think that each of five parties in one way or another will be represented in the maslikhats at all levels. I would say that there is a possibility for the Auyl party to be well represented,” he added.

Some experts stressed the greater levels of civic activism and engagement taking place during this year’s electoral season. They characterized the socio-political agenda in Kazakhstan as “dynamic and progressive.”

“The growth of civil activism is obvious. This is indicated by the strengthening of the work of election observers. For example, the Trade Unions of Kazakhstan recruited approximately 7,000 observer applications and created a center for non-party observation of elections,” Shaukenova said.

In addition to that, the Kazakh Central Election Commission registered 398 foreign observers. The list included 322 observers from ten international organizations and 76 from 31 foreign countries.

The voter turnout in the parliamentary elections, however, will be significantly lower compared to the presidential election because “the country is very young, and patriarchal traditions still exist because we are emerging from a totalitarian background (the Soviet period),” said Talgat Kaliyev, the director of the Institute of Applied Ethnopolitical Research.