By Zhanna Shayakhmetova in Nation on 11 January 2021

NUR-SULTAN – The Nur Otan Party won a majority of the votes in the Majilis (the lower house of the Kazakh Parliament) election and leads with 71.09 percent of votes, the Secretary of the Central Election Commission (CEC) Sabila Mustafina reported at the Jan.11 briefing. 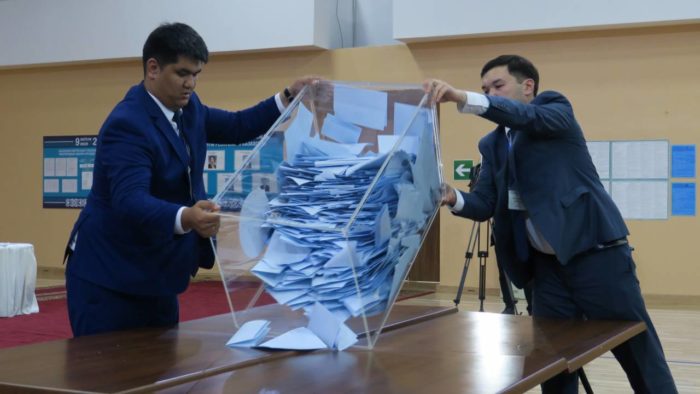 On this day, nine deputies were also elected by the Assembly of the People of Kazakhstan.

It is expected that the final results of the elections will be made later this week on the basis of the protocols of the territorial election commissions.

The turnout was earlier announced to be 63.3 percent of the total number of voters included in the lists.

The preliminary results were close to the exit poll projections made by the Qogamdyq Pikir (Public Opinion) Research Institute after the elections.