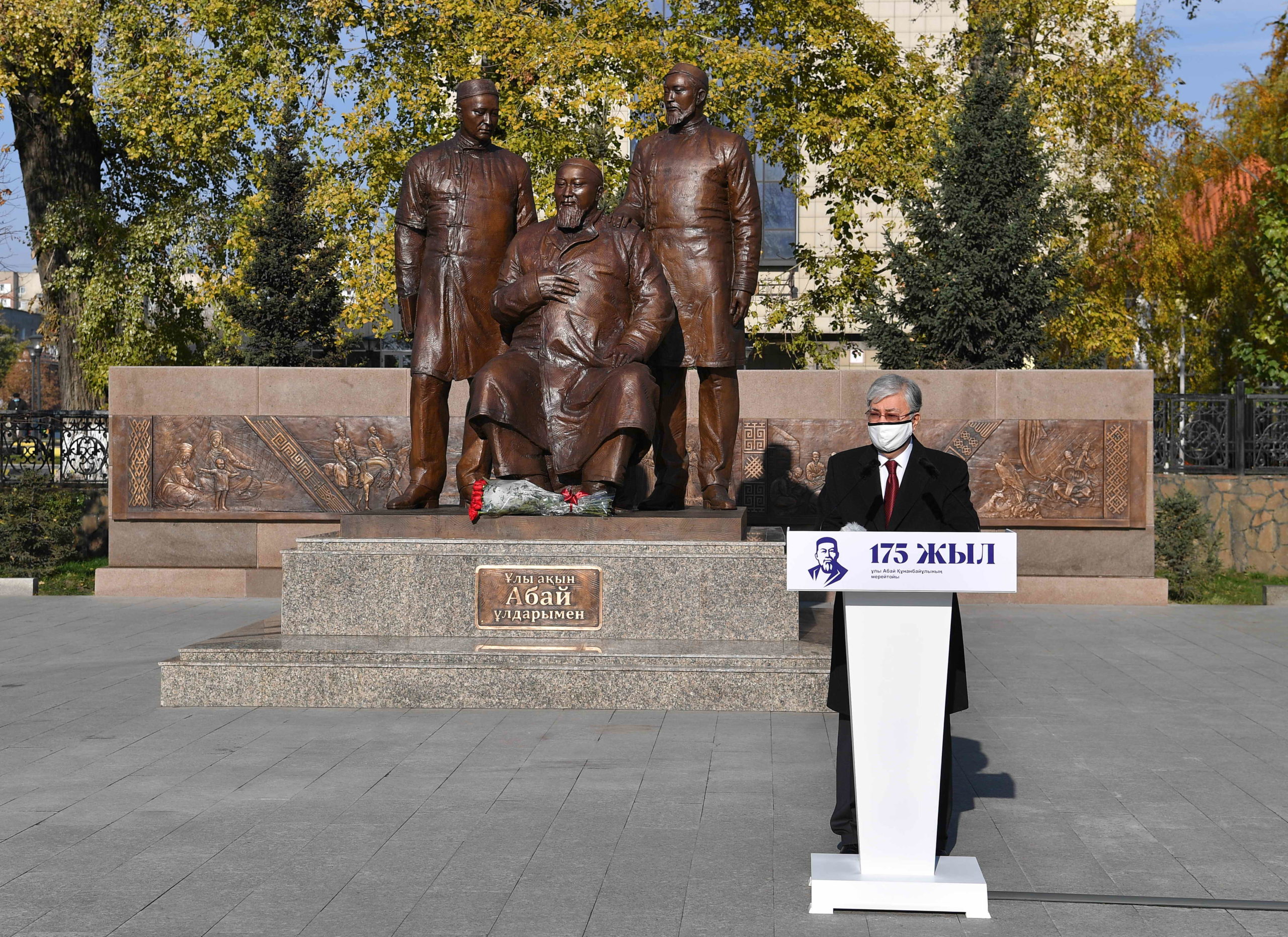 “In the 1960s, our writers and poets helped to revive the spirit of the nation. During the thaw period (an unofficial name for the period from the mid-1950s to the mid-1960s when repression and censorship in the Soviet Union were eased), their works reflected people’s interests. In the early years of independence, intellectuals called for unity among people. They made an enormous contribution to uniting our spiritual heritage and reviving our history. Intellectuals compiled the chronicle of our young nation and passed it over to the current generation. Their task now is to create yet another, newer image of the nation and strengthen its moral values,” said Tokayev during his address to the scholars.

He noted that despite the outbreak the nation did it best to honor the great thinker’s 175th anniversary this year.

“Starting this year, Aug. 10 is designated as the Day of Abai. The poet’s works were translated into ten languages and were delivered to the world’s best libraries. Abai centres opened at our embassies abroad. But this is only the first step,” said Tokayev stressing his government’s plans to open Abai institutes.

He emphasized the importance of Semey – a city that was recognized as a historical centre, a birthplace of some of the nation’s prominent intellectuals and poets to “encourage young generations’ interest in the invaluable legacy of a great thinker.”

According to Tokayev, Abai protected the interests of the state and advocated for a unity of people.

Abai’s wise thoughts can be put to use in building a new national identity.

“We will thrive if we study the poet’s legacy. You can find all the answers to life’s questions in Abai’s immortal verses and wise words. His fundamental rule ‘do not think of benefit, think of honesty and honour and strive to learn as much as possible’ proves this. The society that Abai dreamt of is an ideal society filled with perfect individuals with strong intellects and clear consciousnesses. The concept of the ‘perfect person’ was at the heart of the search for an innovative philosophy at the time. One could say that Abai was ahead of his time,” said Tokayev stressing the need to turn education and enlightenment into a national idea.

Abai’s works have been translated into the Arabic, Chinese, English, French, German, Italian, Japanese, Spanish and Turkish languages in an effort to familiarise foreigners with the poet’s fundamental ideas, which, according to Tokayev, is a “unique  international cultural project.”

“It opens new facets of Kazakh culture to the world, gives an opportunity to readers from all over the world to get acquainted with Abai’s original creativity, his deep philosophy and outstanding words,” said Tokayev.

As part of his visit to Semey, Tokayev also toured the exhibition displaying Abai’s rare works and a collection of works by Kazakh Doctor of Philological Sciences and Professor Mekemtas Myrzakhmetuly dedicated to Abai.

The exhibition also put on display 18 paintings from the archives of the East Kazakhstan Museum of Arts and the Nevzorov Museum of Fine Arts .

The Kazakh president also visited the renovated Abai-Shakarim memorial complex and the poet’s home, which is now a museum.

As part of Abai’s birthday celebrations, many of the city’s venues were renovated and reconstructed.