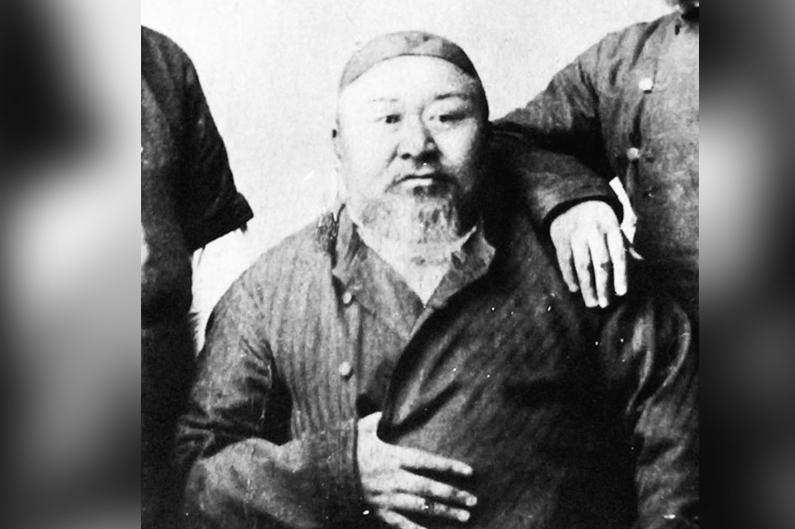 “Hardships come and go, but Abai’s poetry and works are eternal. I instructed the government to designate Aug. 10 as the Day of Abai. Events dedicated to the legacy of a great poet will be annual. The point is not in anniversary festivities but in a deeper understanding of ideas and thoughts of an outstanding philosopher and poet. Reading Abai means following his ideological principles and be committed to his message. Only then could we instill the right and firm values in the new generation,” said Kazakh President Kassym-Jomart Tokayev in his “Abai – Spiritual Reformer” article published Aug. 10.

Born in 1845 in the then Semipalatinsk Region to a noble and affluent family, Abai has been a canonical figure in the nation’s history and culture, like Pushkin in Russia or Shakespeare in England, and is considered the founder of Kazakh written literature. 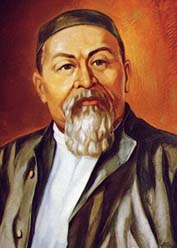 Having had the privilege of a good education, as a boy Abai studied at a local madrasah under Mullah Ahmet Ryza and then in a Russian school in Semei. He also read Arabic texts and the works of eastern classical literature.

While many of his works did not reach the current generation, “Qara Sozder” (Words of Wisdom in Kazakh), a major philosophical piece, remains a must-read book, where Abai encourages his fellow Kazakhs to embrace enlightenment values, education and good morality. In doing so, he also translated Russian and European authors into the Kazakh language.

Tokayev described Abai as a “genius of global reach” and it is a responsibility of every Kazakh citizen to “explain and promote the poet’s invaluable legacy.”

“Abai’s words will never become outdated, they are understandable and universal for all people across the world. His thoughts and words of wisdom conveyed in the perfect forms of poetry and prose serve as a life guide up to these days. His thoughts about the future of our people and compassion and love for people, these moral ideas of the great thinker are extremely relevant for today’s generation,” said Tokayev.

The works of Abai are currently being translated into Arabic, Chinese, English, French, German, Italian, Japanese, Russian, Spanish, and Turkish. A documentary will also be made dedicated to Abai’s life and his legacy.

Abai’s Zhidebay-Borili museum in Semei will also be transformed into a research and scientific center.

Kazakhstan initially planned to organize nearly 500 events throughout the year to mark the date culminating in the “Abai Legacy and Global Spirituality” international conference in August in Semei in partnership with UNESCO.

Though the coronavirus outbreak has changed everything, the festivities still continue online.

Multiple competitions among children will be held online to promote Abai’s works among the younger generation. The children’s section of the National Academic Library in the capital launched an online marathon, where children aged from 7 to 14 years old record their reading of Abai’s “Qara Sozder” on video. The competition started on Aug. 3 and will last through Aug. 25.

The Almaty-based Abay State Academic Opera and Ballet Theater is organizing an online singing competition, where citizens can perform their favorite works of Abai and submit the videos to the jury.

“There was a plan to host an international festival with participants from all TURKSOY countries in Almaty, but all events had to be postponed due to the spread of coronavirus. But we still decided to have an online contest and engage amateur singers of different ages, because Abai is the people’s poet,” said theatre director Aya Kaliyeva. The organizers have received 70 applications and launched open voting. The winners will be announced Aug. 10 on the theatre’s website and social media.

Abai’s pictures continue to appear on buildings across Kazakhstan changing city landscape. The Kostanai city in northern Kazakhstan is one of the examples, where artists draw Abai’s portrait on house facades seeking to “uplift people’s emotions,” reported alau.kz. 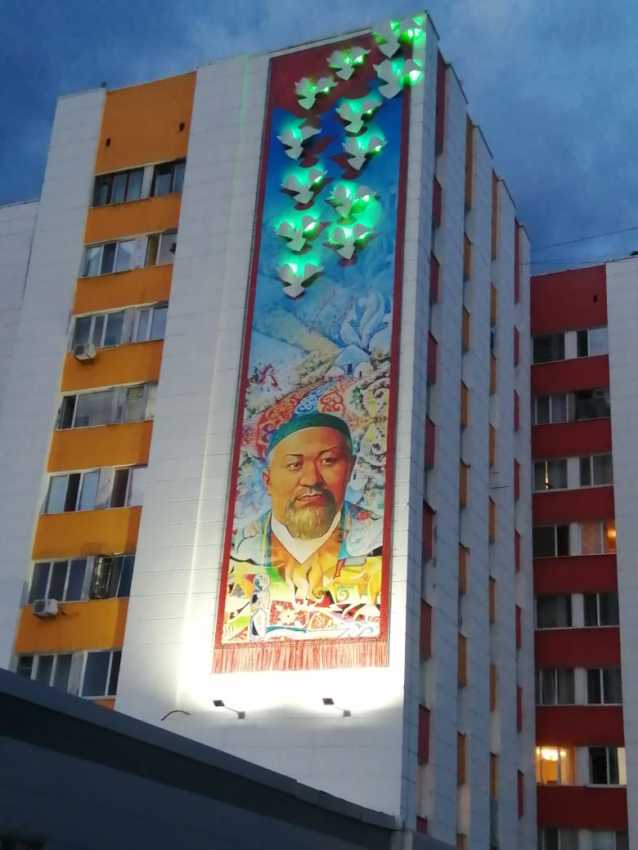 “We have always wanted to create something new and fresh that would excite people. And because this year we celebrate the 175th anniversary of Abai’s birthday, we wanted to dedicate part of the city’s decor to this beautiful date,” said one of the organizers, noting the city plans a few more art objects devoted to Abai.

The Kazakh embassy in the United Kingdom also supported the festivities by launching the Abai Poetry World Challenge and rallied under #AbaiChallenge #Abai175 hashtags on Twitter.

The embassy has been posting videos of prominent British state and public figures and writers reciting Abai’s poems. Among them were Member of British Parliament for Beckenham  Colonel Bob Stewart, Director of Education Innovation at Cambridge University Professor Colleen McLaughlin and a prominent British poet and translator John Farndon, among many others.

“Later this year, poems will be published in a first-ever complete volume of Abai’s works by the Cambridge University Press and Kazakhstan’s National Bureau of Translations,” said the embassy.

The Library of the First President in Nur-Sultan has organized Abai readings annually since 2017. The project, according to them, is designed to instill love in literature among young people and promote interest in Abai’s legacy.

With or without these celebrations, one thing will remain clear, Abai’s works and what he tried to convey through his poems will remain relevant for many generations to come.