By Staff Report in International on 5 May 2020

Kassym-Zhomart Tokaev opened up in an interview with Russian state news agency TASS First Deputy General Director Mikhail Gusman about the significance of Victory Day for Kazakhstan and its people. 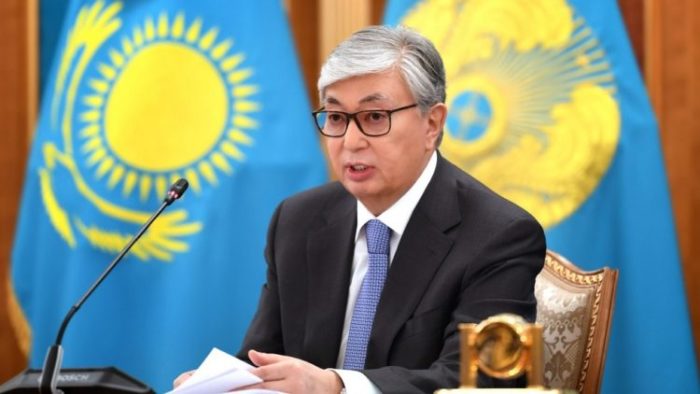 “I am categorically against the falsification of history. Of course, the merits of our allies in those years – the United States of America, Great Britain and other states – cannot be denied. We were all allies in the fight against Nazi Germany. But to deny the key role of the Soviet Union in attaining victory is to deny historical truth, ”Tokayev said.

The President of Kazakhstan said the pandemic has forced Kazakhstan to make adjustments to this year’s celebration.

“Kazakhstan has made a huge contribution to the lasting victory. Just one fact that few people know: 9 out of 10 bullets were cast from lead produced in Kazakhstan. We supplied meat, food, clothing to the front,” Tokayev said.

The President of Kazakhstan knows all too well the human cost of that war. World War II claimed the lives of his grandparents. His father was brought up in an orphanage after the war ended.

“My father did not like to talk about the war – especially about his deeds and his military awards like many other front-line soldiers. He shared with us his feelings, the story of his first encounter with the enemy, the courage of the average soldier, and his burning desire to return home – this was all written out in the autobiography “‘The Soldier Left for War.”

Kazakhstan remains firmly committed to not allowing any historical distortions to take place that demean or belittle the sacrifice of USSR citizens in WWII.