Life Sentences Given to Seven Aktobe Terrorist Attackers, Long Terms to 22 Others

By Dana Omirgazy in Nation on 1 December 2016

ASTANA – The Specialised Inter-district Criminal Court of the Aktobe region has convicted 29 men in connection with Aktobe shootings that left eight civilians dead on June 5. 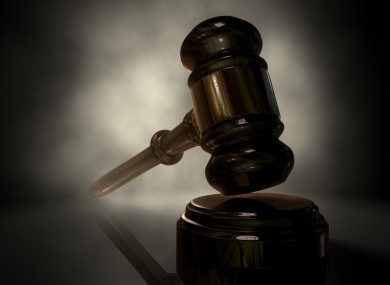 Zhanabai Kuanyshbayev, Alibek Akpanbetov, Bakhyt Kuanyshbayev, Arsen Tanatarov, Askhat Rakhmetov, Anuar Sadikhov and Askhat Imangaliyev have been condemned to life in prison and the confiscation of all personal property. They will be sent to a special penal colony after serving first four and a half years in prison.

Aidos Zhubanov was sentenced to 22 years in a strict regime colony, and is to spend the first four years in prison with property confiscation. He has been convicted of murder, attempted murder, an act of terrorism, robbery, involvement in the activities of a terrorist group and theft of weapons and explosives. According to the court, Zhubanov was trying to steal a car belonging to the Zhedel Kuzet security company after the attack on the Pallada weapons shop. After a failed carjacking attempt, he escaped in an unknown direction and did not take part in the subsequent attacks.

Azamat Abdrakhmanov received 20 years of imprisonment in a strict regime colony with confiscation of property. He will spend the first three years in prison.

“Abdrakhmanov and other members of the terrorist group were involved in the attack on the Pallada weapons shop,” Aktobe Regional Court Spokesperson Iliada Dossova said.

“He left stolen weapons and fled the store in an unknown direction. He did not attack the Pantera weapons shop, military unit of the National Guard and the Rodnikovka-Akzhar checkpoint,” she added.

For concealing a crime, Mirlan Yerdauov and Ussen Utepov have been sentenced to four years in prison and four years of personal restraint respectively.

In addition, the court obliged nine members of the terrorist group to compensate material and moral damage to victims.

Eight people, including three military officers, were killed in the June 5 terrorist attack in Aktobe. A group of 25 shooters attacked two weapons shops and a military unit in Aktobe.  Eighteen criminals were killed during the anti-terrorist operation.

The police detained nine people for direct involvement in the terrorist attack, another 18 people for failure to report the planned crime and two more for concealment.