ASTANA – Divided by almost 4,000 kilometres, Kazakhstan and Slovakia are each located in the heart of their regions. Both young, former members of big unions, the countries keep fighting for their independent names. In an exclusive interview with The Astana Times, Slovak Ambassador Peter Juza highlighted the main aspects of cooperation between the nations and his country’s upcoming presidency of the European Union (EU) Council, as well as shared his priorities and impressions of Kazakhstan. 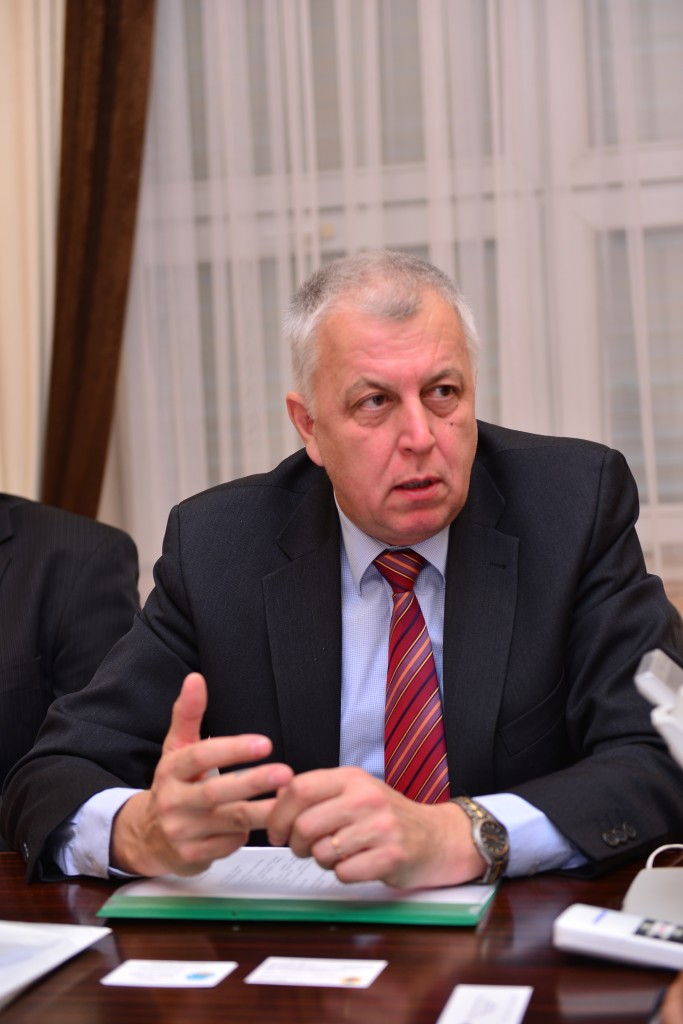 Diplomatic relations between the countries were established in 1993. President Rudolf Schuster, who served from 1999-2004, made his first official visit to Kazakhstan in November 2001, when an agreement on relations between the countries was signed. The Slovak Embassy opened in the Kazakh capital in January 2005 and Kazakh President Nursultan Nazarbayev visited Slovakia in 2007.

Slovakia is officially assuming Presidency of the EU Council on July 1. The country is ready for the new post and optimistic about the issues facing the union following Brexit, said Juza.

“Slovakia is one of the small countries in the region and it is our first presidency. Our country set priorities earlier for its presidency and the decision of British voters has changed those priorities. I have to say that Brexit does not mean that the world stops; there are just new challenges. And Slovakia is set to quickly respond to the situation as its main goal,” the ambassador said.

“Slovakia is ready for an active position in changes and modernisation of the European Union. Also, the country is ready to work and will work so that centrifugal force will not be extended and the European Union will stay as it was and it is now – an important partner, including the relations with Kazakhstan,” he said.

“We share the objective of the Kazakh authorities to improve people-to-people contacts between the EU and Kazakhstan and we are committed to cooperating on that matter. In this regard, Kazakhstan can fully rely on the support of the Slovak Republic,” he said.

The ambassador added Slovakia is closely following Kazakhstan’s candidacy as a non-permanent member of the UN Security Council for 2017-2018.

“We traditionally fulfil our reciprocal obligations as a responsible UN member state,” he said of the vote that is due June 28.

“In 2014, a major part of the turnover was in the automobile industry, since a KIA assembly plant is located in Slovakia and those cars were delivered to Kazakhstan. Also, we assemble Citroen and Peugeot. But in 2015, the total turnover fell by 40 percent due to the Eurasian Economic Union launch and mainly the decline was in the car industry,” he said.

Cars are not the only goods, which the nation offers to Kazakhstan. Slovak-based Progroupe Sediment Removal started work this year on purifying one of the lakes at the famous Borovoye resort area. The company has a patented technology, which has been one of the most effective solutions.

Another successful joint project is the capital’s Oftum Centre for Laser Eye Surgery, which offers services of Slovak eye surgeons.

“The diagnostics and preparations are being made by local doctors, but the surgery itself is made by Slovak surgeons and the technology is brought from there, too,” said Juza.

Due to the initiative of Slovak entrepreneurs, European-level services are available to residents in Kazakhstan. A joint project to construct a photovoltaic plant in Karaganda is currently under discussion.

Slovakia, in turn, buys petrochemical products, copper, iron and chemicals from Kazakhstan. The Central European nation is also presently working to promote tourism in the country and offer opportunities for medical tourism by promoting its health retreats and spa resorts.

“We offer quality for people with health problems. Our tourism industry targets the middle class with affordable prices. Of course, it is hard to offer mountains, for example, for residents of Almaty, because we have mountains with no access to the sea. Each of the facilities in our country specialises in its field, whether it’s heart disease, joints, reproductive system, anything,” said Juza.

While most of the centres focus specifically on health treatment without entertainment, Slovakia also offers pure vacation destinations.

The ambassador presented his credentials to Nazarbayev almost three years ago.

“Establishing and maintaining political contacts, expanding cooperation for student exchange via international programmes and direct contacts, making Slovakia more recognisable – all of these were and are among my priorities here,” he said. “I also wanted to gather Slovaks who live here, people who studied in Slovakia, everyone who is somehow connected to Slovakia in one community to become a bridge between our countries.”

Talking about his expectations and first impressions, Juza said that he was not at all surprised by Kazakhstan.

“I knew almost everything, since I am a specialist in that region. Also, I studied in Moscow and the post-Soviet space and Central Asian region are not surprising for me, but always were objects of great scientific interest,” he said.

Kazakhstan and Slovakia had similar roads in the 20th century, said Juza.

“Almost the same period of independence, since 1991 and 1993 respectively. Slovakia has chosen the path to enter the European Union, while Kazakhstan chose the way to unite with post-Soviet countries. And it is really important to stress that both countries defended their own model of development. Both are young countries. We have had similar experiences in creating our own statehood,” he said.

He added there were no cultural and political relationships due to objective reasons.

“Slovak people are kind, will always help, will never close a door. Kazakh people have the same qualities. Despite geographic and religious differences, people are alike,” he said.

Juza noted Slovakia has been closely following the preparation process for EXPO 2017.

“It is assumed that in the near future we will inform Kazakh authorities on the possible involvement of the Slovak Republic in this event. Slovakia is heading to a positive decision regarding its participation in the exhibition,” he said.