The past week in Kazakhstan witnessed several important appointments, signaling one significant and positive trend in the government – more young voices are rising to the highest ranks of the cabinet. 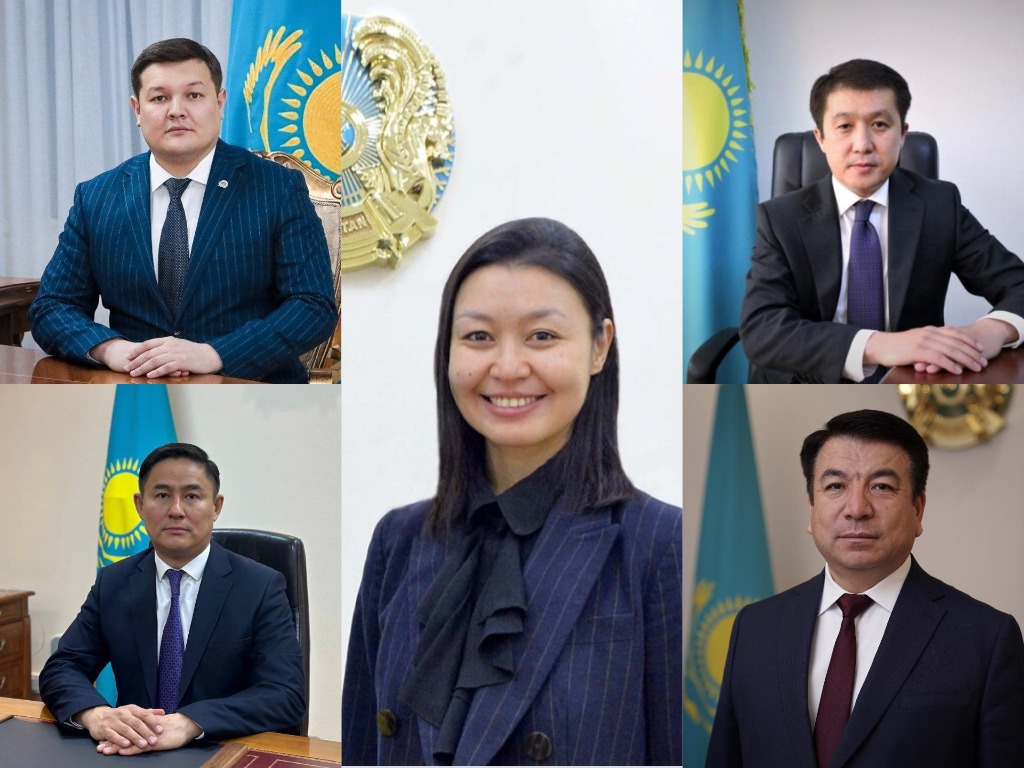 Amid the current government’s efforts to fulfill the tasks set by President Kassym-Jomart Tokayev, from energy to housing, it is inspiring to see that young people are getting a voice in shaping policy decisions in Kazakhstan. With the appointment of five new ministers – two of them are 32 years old – the average age of the new government decreased from 50.1 to 47.8 years. 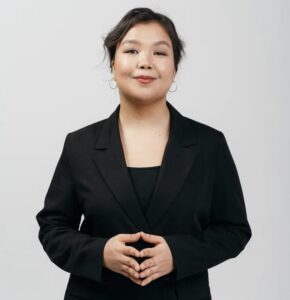 One of the newly appointed ministers is Zulfiya Suleimenova. At 32, she became the Minister of Ecology and Natural Resources, replacing Serikkali Brekeshev, 50, after serving as a vice minister since March 2022.

With a degree in international relations from the Gumilev Eurasian National University and Ph.D. from the Security and International Studies Program at Tokyo-based National Graduate Institute for Policy Studies, Suleimenova began her career in 2014 as a researcher at the Regional and Global Security Department of the Center for Global Policy and Security.

Her lifestyle choices also reflect her care for the environment.

“It takes 12,000-15,000 liters of water to produce one jacket. I am very much concerned about water and ecology. I do not wear natural fur as a matter of principle because I think that the humane treatment of animals should start with people, with ourselves. That is why I do not eat meat, do not wear fur, and do not use cosmetics that have been tested on animals. I do not go to zoos and dolphinaria,” said Suleimenova in her December 2021 interview with Khabar 24 TV channel.

The public welcomed the news about Suleimenova’s appointment not only because of her age but also because of women gaining top positions in the cabinet amid the growing demands for gender equality in the country. There are now three women in ministerial positions, including Minister of Labor and Social Protection Tamara Duisenova and Minister of Healthcare Azhar Giniyat.

Gulnaz Kasimova, a senior research fellow at the Kazakh Institute for Strategic Studies, said in 2020, women accounted for 55.7 percent of civil servants in the country.

“The proportion of women in senior positions in public service was 40 percent. At the same time, it should be noted that women are more likely to head socially oriented organizations,” said the expert. “There is a contradiction between the stated discourse of equality and the actual position of women in the professional and managerial spheres. There are difficulties related to the overlapping of women’s social roles and, consequently, delayed career development, prolonged entry into the labor market, and, in some cases, forced unemployment.”

Tokayev during his meeting with the first cohort. The idea to create the presidential youth personnel reserve was in Tokayev’s 2019 election platform. Photo credit: Akorda.kz

Along with Suleimenova, Askhat Oralov, the new Minister of Culture and Sports, is also 32 years old and has extensive experience in civil service.

Oralov, a native of the Pavlodar Region, worked at the Gumilev Eurasian National University in Astana from 2011 to 2014 and also held senior positions in the secretariat of the Zhas Otan, the youth wing of the nation’s ruling party. From 2016 to 2018, Oralov was a member of the capital’s maslikhat (local representative body) and headed the city’s youth policy department. 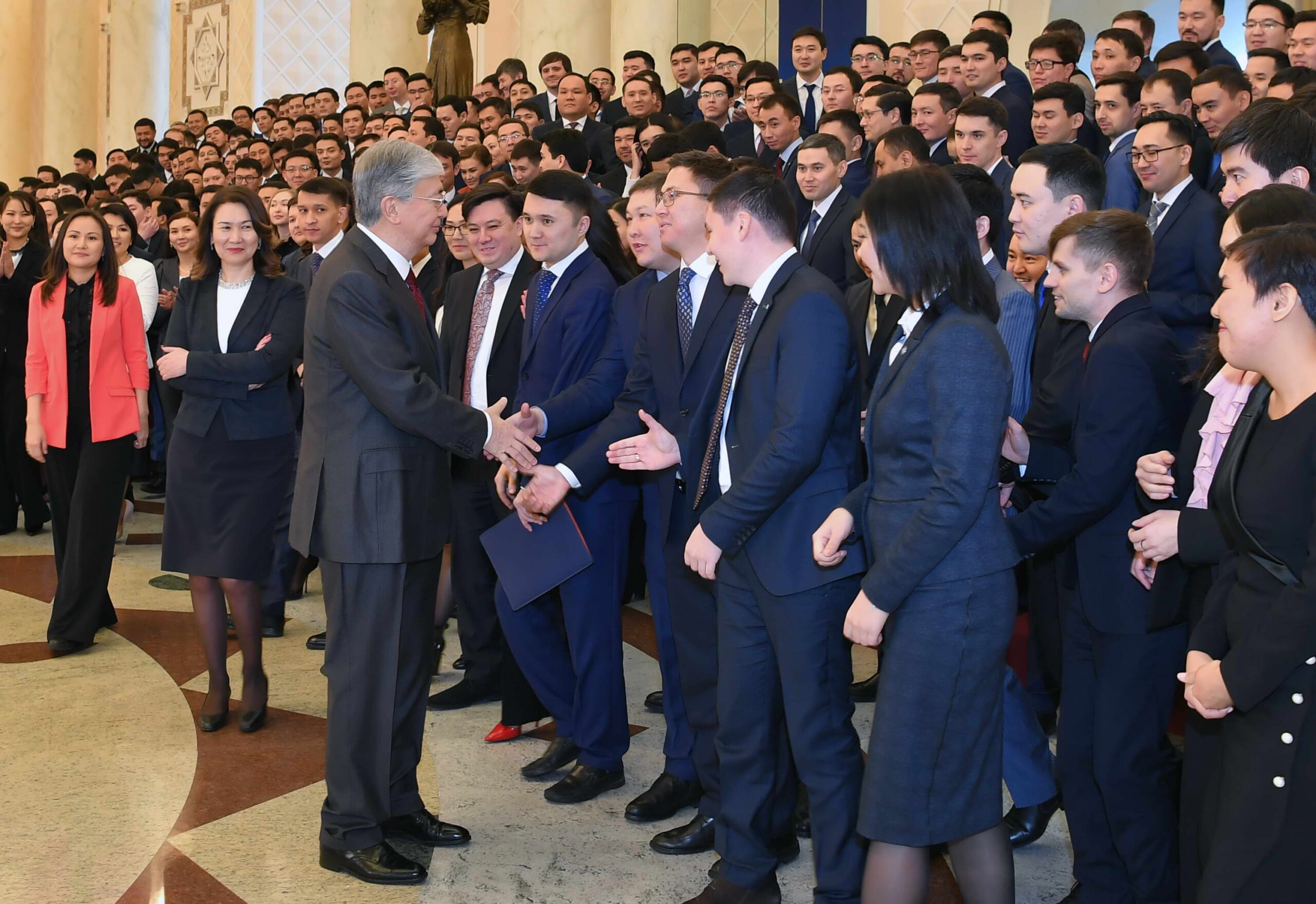 A binding factor between Suleimenova and Oralov, besides their age, is that the two are members of the Presidential Youth Personnel Reserve, an initiative proposed by President Kassym-Jomart Tokayev in 2019 to give talented young people a transparent and effective social elevator to take leadership positions in the public administration system and the quasi-public sector.

Since 2019, 258 of the 350 personnel reserve participants have been appointed to various positions in civil service.

Experts are optimistic about the reshuffle that occurred less than a month after Tokayev questioned the government’s work.

“Kazakhstan is going through a stage of demographic renewal. More than half of the population is under 30-35. This generation was born in an independent country and had a certain idea of how the country should develop and what principles should prevail. Given this public demand for renewal, approaches to public administration are also changing,” said political expert Aidar Kurmashev.

However, he cautioned that reforms do not happen with a series of managerial decisions but rather by “creating the conditions to ensure the most effective path of development in unison with the demands of society itself.”

Assel Satubaldina is the Senior Editor of The Astana Times