ASTANA – The first working day of 2023 in Kazakhstan on Jan. 4 featured some significant reshuffles in the government, sending a strong message from the government that they are embracing younger and more progressive voices. Zulfiya Suleimenova made the headlines, becoming the youngest minister at 32 after she was appointed the Minister of Ecology and Natural Resources. 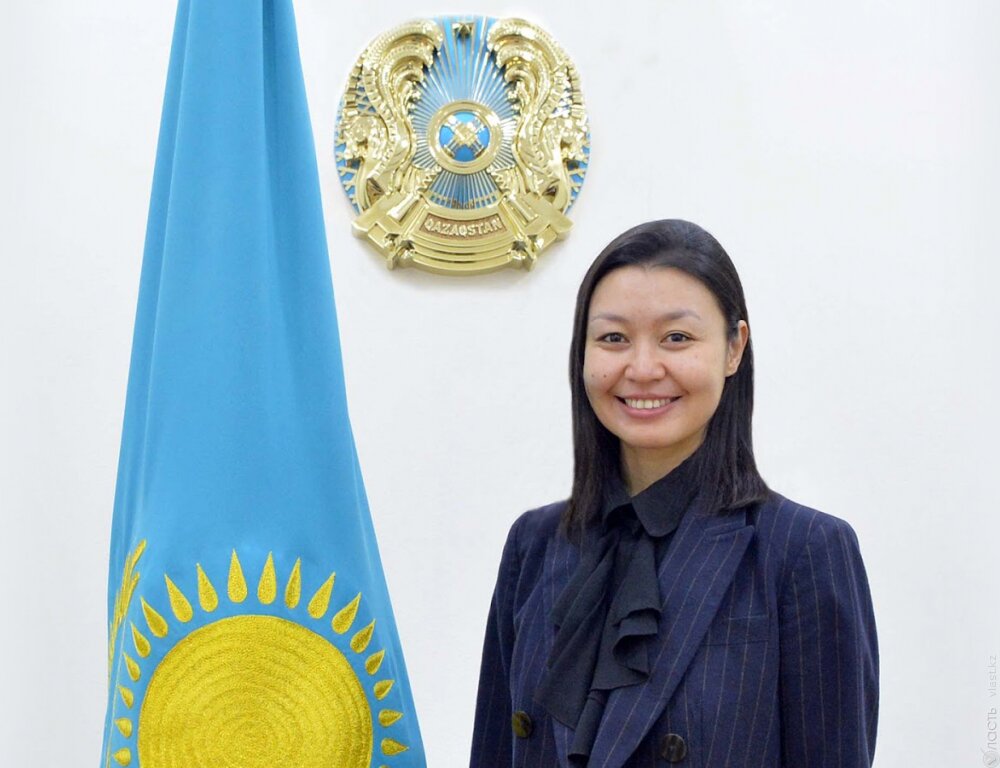 Out of five cabinet members replaced today by President Kassym-Jomart Tokayev, two, including Suleimenova and the new Minister of Culture and Sports Askhat Oralov, are 32 years old. Suleimenova’s appointment also increases women’s voices in the government, as, besides her, there are two women ministers – Minister of Labour and Social Protection Tamara Duisenova and Minister of Healthcare Azhar Giniyat.

Ministry of Ecology and Natural Resources

Born in Aktobe in 1990, Suleimenova graduated from the Gumilev Eurasian National University, majoring in International Relations. She is also a graduate of the Tokyo-based National Graduate Institute for Policy Studies in the Security and International Studies program.

She holds a Ph.D. and is a member of the Presidential Youth Talent Pool, an initiative spearheaded by Tokayev to offer young people a meritocracy-based social elevator in their careers. 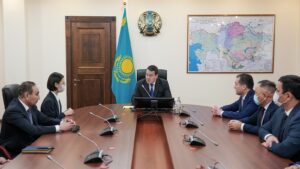 Smailov during meeting with officials on Jan. 4. Photo credit: primeminister.kz

Introducing Zulfiya Suleimenova to the ministry on Jan. 4, Kazakh Prime Minister Alikhan Smailov said that the ministry needs to intensify work to address long-standing environmental issues, including those related to the Aral Sea and the Semipalatinsk region, as well as to facilitate efforts in water management and the protection of nature and wildlife.

“It is necessary to achieve a gradual reduction of emissions of large enterprises and encourage them to introduce appropriate new technologies, as the health of our citizens directly depends on it,” said Smailov.

Ministry of Culture and Sports

Oralov, a member of the presidential talent pool, previously served as the Executive Secretary of the Amanat party, Deputy Mayor of Astana, and Vice Minister of Information and Social Development. 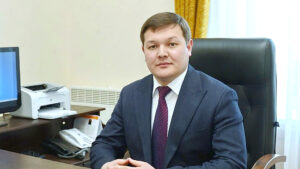 Introducing Oralov to the ministry’s staff, Smailov outlined ​the plan for the preservation and popularization of the country’s historical and cultural heritage, the increase of the nation’s authority in the international arena, and a change in the approach to sports development as his top priorities.

“We need to focus on the development of mass sports and raise the level of training of the new generation of professional athletes,” said the Kazakh PM.

Ministry of Industry and Infrastructure Development

Karabayev, a 2010 graduate of the University of Warwick with a major in industrial and system engineering, has served as Vice Minister of Industry and Infrastructure Development since July 2021. In different years, he also headed an industrial development committee and the defense industry development department at the ministry. 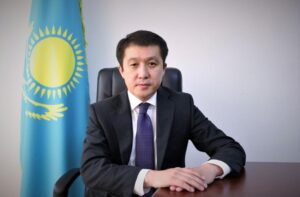 Introducing Karabayev to the ministry, Smailov said he brings extensive experience in new technologies, industry and innovative development, which, according to him, will be useful considering the goals that the country has set.

“The head of state has outlined important tasks to stimulate the growth rates of the processing industry and production of high value-added products, as well as the development of basic industries, logistics potential and transport infrastructure,” said Smailov.

Azamat Yeskaraev, 43, replaced Kanat Mussin as the Minister of Justice. Before his new appointment, Yeskaraev, a graduate of the Almaty-based Kazakh State Law Academy, was the head of the legal department of the Prime Minister’s Office. 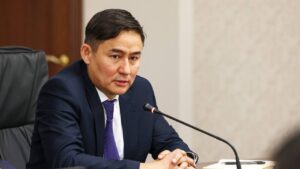 At a meeting with the ministry’s staff, Smailov tasked the new minister and his team with ensuring the development of by-laws on all recently adopted laws and more effective coordination between the agencies.

“The President has set a task to speed up the decision-making process at all levels of government. This approach will make it possible to carry out the necessary social and economic reforms promptly,” said Smailov.

Outlining the priority tasks for the new minister, Smailov stressed the need for quality implementation of the Comfortable School national project, ensuring the safety of educational institutions, introducing advanced teaching methods and digitizing the education system.

He also emphasized the importance of the gradual development of preschool, out-of-school and vocational education systems.

“It is at the initial stages of education that the foundations of human capital and further development of our country are laid. The government pays a lot of attention to education.  Teachers’ salaries are increased, new schools and kindergartens are opened, and modern forms of education are introduced. We will continue to consider and make decisions on all problematic issues systematically,” said Smailov.

The new appointments did not come as a surprise after Tokayev expressed uncertainty about the government’s composition and performance in 2022 at an expanded government meeting on Dec. 12. Emphasizing the need for “effective technocrats,” Tokayev said a candidate for the minister’s position would be evaluated based on specific results.

“To be an effective manager in corporate management does not mean to do everything you want. Appointments of candidates must be as open and fair as possible because these institutions belong to the people,” he said back then.

A research fellow at the Kazakh Institute of Strategic Studies Kuanysh Sailau spoke positively of the reshuffle.

“The continuation of the personnel policy of recent years is remarkable, when vice-ministers are appointed to top positions in the ministries. This is how continuity in the appointment of leaders is built up, and people, familiar with the specifics of a particular ministry, are appointed to positions,” he said.

The expert also said that the appointments demonstrate the effectiveness of the presidential youth talent reserve.

“As evidenced by the appointment of Zulfiya Suleimenova, the presidential youth personnel reserve, which she represents, demonstrates its effectiveness. Two of the appointed ministers are less than 35 years old, making them the youngest representatives of the renewed government,” he said.

The appointment of new ministers is also accompanied by the reorganization of the Prime Minister’s Office into the Office of the Government aimed at addressing inter-sectoral issues by strengthening interaction between different ministries.

“The ministries’ competence will expand on the eve of the administrative reform. All these measures are aimed at increasing each ministry’s efficiency, accountability and responsibility in carrying out its work,” said Sailau.