By Assem Assaniyaz in Business on 18 January 2023

ASTANA – The situation in Ukraine and a recent spike in the US-China tensions have increased Western interest in the development of rare earths in alternative jurisdictions, particularly in Kazakhstan, said Managing Director of Prism Political Risk Management company Kate Mallinson, an independent political risk expert on Central Asia, in an interview with The Astana Times. 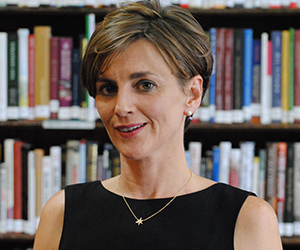 For this story, Mallinson, who is also an associate fellow of the Russia and Eurasia Program at Chatham House Royal Institute of International Affairs, shared her perspectives on Kazakhstan’s transport and transit potential at the height of unprecedented geopolitical challenges in the region.

“Kazakhstan will continue to search for alternative routes to export its rare earth metals, which present a huge opportunity and major geopolitical risk for the state. The country will have to manage such overtures extremely carefully, given Russian and Chinese sensitivities around critical elements such as rare earths and uranium,” said Mallinson.

In her opinion, these elements remain largely unexplored despite the growing interest.

“For example, current estimates suggest that Kazakhstan has approximately 50,000 tons of lithium, given that annual production globally is more than 100,000 tons. However, there is a strong belief within Kazakhstan and among investors that there is considerably more lithium to be found in the country,” she said.

According to her, Kazakhstan doesn’t seek to build new routes to export its natural resources at the expense of relations with Russia, as “the country will continue its course of achieving greater policy balance with its largest northern neighbor while seriously rethinking its strategic and economic security.”

“Kazakhstan will remain committed to and dependent on the Caspian Pipeline Consortium (CPC). Other oil export routes, which still transit Russia but avoid the CPC pipeline, such as the Atyrau-Samara pipeline and a rail link to Finland may also be increasingly used,” said Mallinson.

She suggested Kazakhstan will boost its exports of oil and uranium to China, with oil also heading south to Uzbekistan and other Central Asian states.

“China has traditionally played a far less significant role in Kazakhstan’s uranium industry than Russia. Production aside, the Kazakhstan-China uranium relationship has been far less politicized than that with Russia, consisting of more formal and institutionalized relations. However, it is set to change in the coming years, as the Chinese nuclear industry and Kazatomprom atomic company become more deeply integrated with one another,” said Mallinson.

“The construction of the Alashankou Uranium Bonded Warehouse on the Kazakhstan-China border will facilitate the increase of Chinese purchases of Kazakhstan’s uranium,” she added.

To enhance export capacity across the Caspian Sea, the expert noted that Kazakhstan plans to deepen cooperation with Azerbaijan and Iran.

“Aside from increasing oil shipments to the Baku-Tbilisi-Ceyhan (BTC) oil pipeline, capacity is needed to feed an oil swap agreement with Iran that is currently under negotiation and could see five or even 10 million barrels a year shipped to Iran via the Caspian Sea. During a recent visit to Iran, Kazakh President Kassym-Jomart Tokayev inaugurated a new railway route from Kazakhstan to Türkiye via Turkmenistan and Iran,” she said. 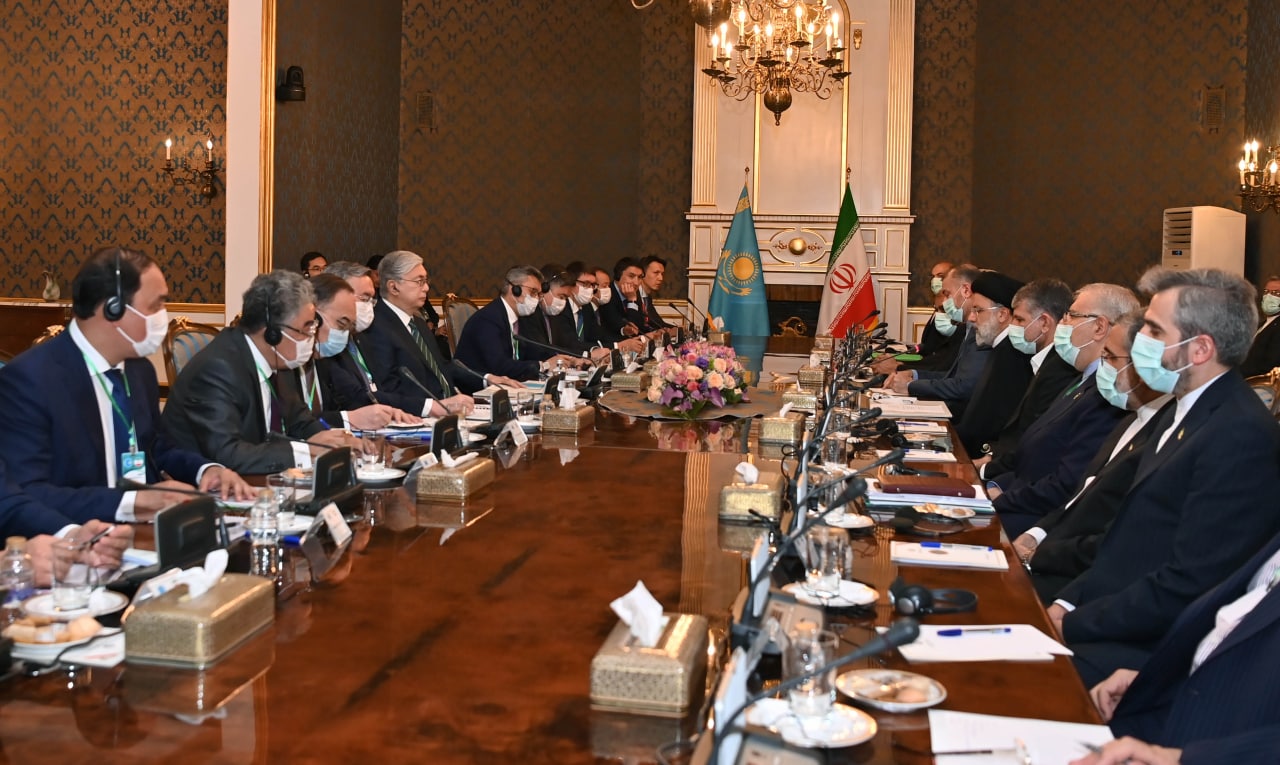 President Kassym-Jomart Tokayev and Iranian President Ebrahim Raisi with their delegations discussed opportunities for strengthening trade and economic cooperation in transport and logistics among other fields during the meeting on June 19, 2022. Photo credit: Akorda press service

“However, new shipping capacity across the Caspian Sea and oil swap deals with Iran will not be sufficient to replace CPC. The use of alternate routes in the short term is likely to be more costly and less reliable, creating a significant drag on the economy,” she added.

Mallinson noted that Kazakhstan is likely to commit to major investment in infrastructure in 2023, potentially involving investors from the Gulf, India, and China – “partners that have expertise in infrastructure and are seen as politically non-aligned.”  The expert underlined that the country has increased its use of the Trans-Caspian International Transport Route (TITR), known as the Middle Corridor, a transit route which connects China and Europe via Central Asia while bypassing Russia.

“I anticipate that the government’s main priority in 2023 will be the development of the Middle Corridor, a route which has already been tested for shipments of oil and uranium to Western destinations,” said Mallinson.