Torture Cannot Be Justified Even in Times of Chaos, Says Prosecutor General During Parliamentary Hearing on January Events 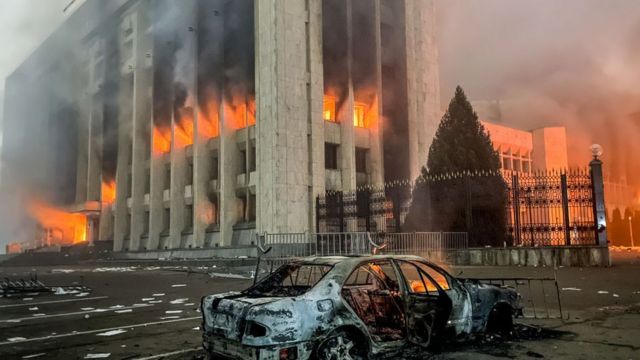 The burning building of the Almaty akimat during the January events. Photo credit: Valery Sharifulin

“As instructed by the President, persons who used torture, regardless of rank and position, will suffer a well-deserved punishment,” Asylov stated. 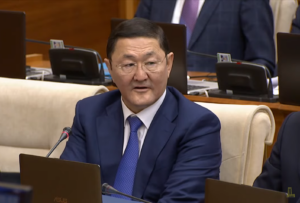 Overall, 329 criminal cases involving torture have been filed due to citizen complaints. The Anti-Corruption Agency has been investigating the majority of them. Special prosecutors probed torture cases against 34 police personnel and National Security Committee members.

Cases of torture of 27 individuals in Almaty region’s police stations and temporary detention facilities are now in court. Three people were killed due to torture in Almaty, Taldykorgan, and Semei.

Asylov added that surveillance cameras were installed in 33 correctional facilities to monitor abuse of power.

The Prosecutor General also noted that courts considered cases against 1,221 persons, of which 1,205 citizens were convicted. He remarked that the majority of the rioters were under 35.

“Foreigners were also recognized as suspects of participating in mass riots and other crimes. Among them are citizens of Uzbekistan, Russia, Kyrgyzstan, and Tajikistan,” Asylov said.

He also mentioned that President Kassym-Jomart Tokayev announced amnesty to the majority of participants in January events.

“In particular, the courts reduced the terms of punishment for 1,001 convicted of serious crimes. Currently, 127 criminal cases against 315 persons are under investigation. The results of the investigations will be made public later,” the Prosecutor General said.

Mazhilis Chair Yerlan Koshanov noted that Asylov’s report is public, testifying that the government is not hiding anything from the people.

“Sufficient evidence has been presented that the January events were a well-planned attempt at a coup d’état. We know the causes and consequences of the tragic January. The organizers of the riots used the civilian population as a shield, trying to intimidate the people and the authorities. It is important to learn lessons to prevent such tragic events from happening again,” Koshanov said.