By Staff Report in Business, International on 18 January 2023 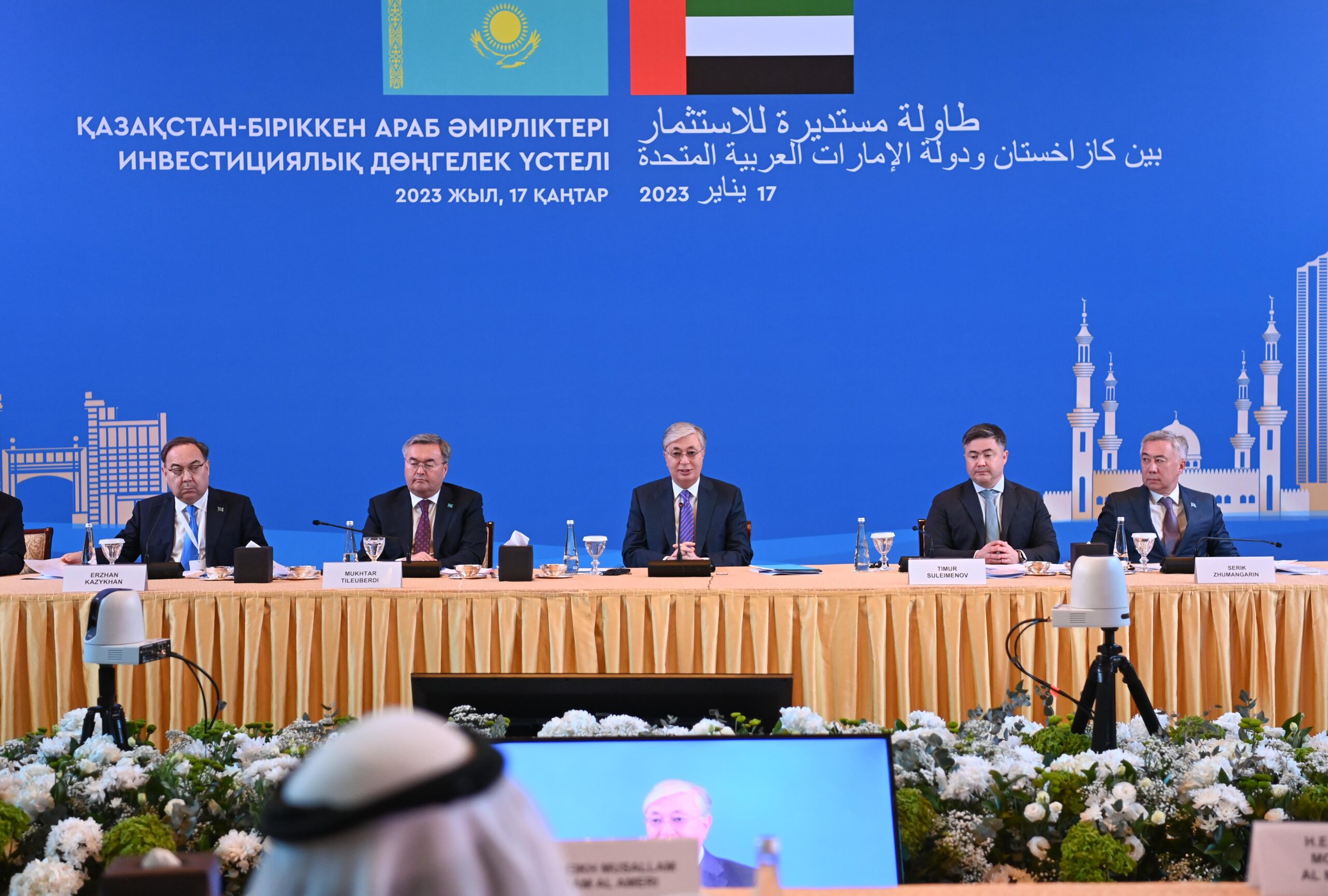 Addressing the meeting participants, Tokayev said that the UAE has invested nearly $3 billion in Kazakhstan, being the country’s key regional trade and economic partner.

“Kazakhstan, in turn, has invested over $1 billion in the UAE. By the end of 2022, the trade turnover between the countries reached $600 million. This is a big achievement. However, we need to strive for more,” Tokayev said.

The President outlined key areas for cooperation, prioritizing investment in agriculture. He invited the UAE companies to invest in the food industry, expressing the country’s intention to produce and supply organic agricultural products to the UAE market.

The real sector of the economy was another important area that Tokayev mentioned. Mining, metallurgy and carbon neutrality are common ambitions for the two countries.

“Kazakhstan is the largest producer of uranium, titanium, chromium and other materials. Many other deposits have not yet been explored. Given major technological shifts, the importance of critical materials will grow. We need investment and experience to fulfill our potential in this area,” he said, focusing on higher legal protection and tax preferences in the mining and metallurgical sector.

Tokayev emphasized the country’s plan to introduce 11 gigawatts of clean energy and completely transform the energy sector by 2035. In this regard, the President welcomed the intention of the UAE’s Masdar Company to build a large wind farm in Kazakhstan.

Addressing the importance of logistics and transportation networks, the President spoke about Kazakhstan’s huge opportunities as a trade gateway to more than one billion consumers in the Eurasian Economic Union, Central Asia and China.

Tokayev added that Kazakhstan continues efforts to create a strong world-class financial sector, saying that 1,700 companies from 64 countries are based now in the Astana International Financial Center (AIFC).

The President expressed hope that the economic partnership between the countries will continue to diversify and expand in all sectors.

On the sidelines of the event, Tokayev met with Masdar CEO Mohamed Jameel Al Ramahi to discuss the construction of a wind power plant with a capacity of one gigawatt in the Turkistan and Zhambyl Regions. 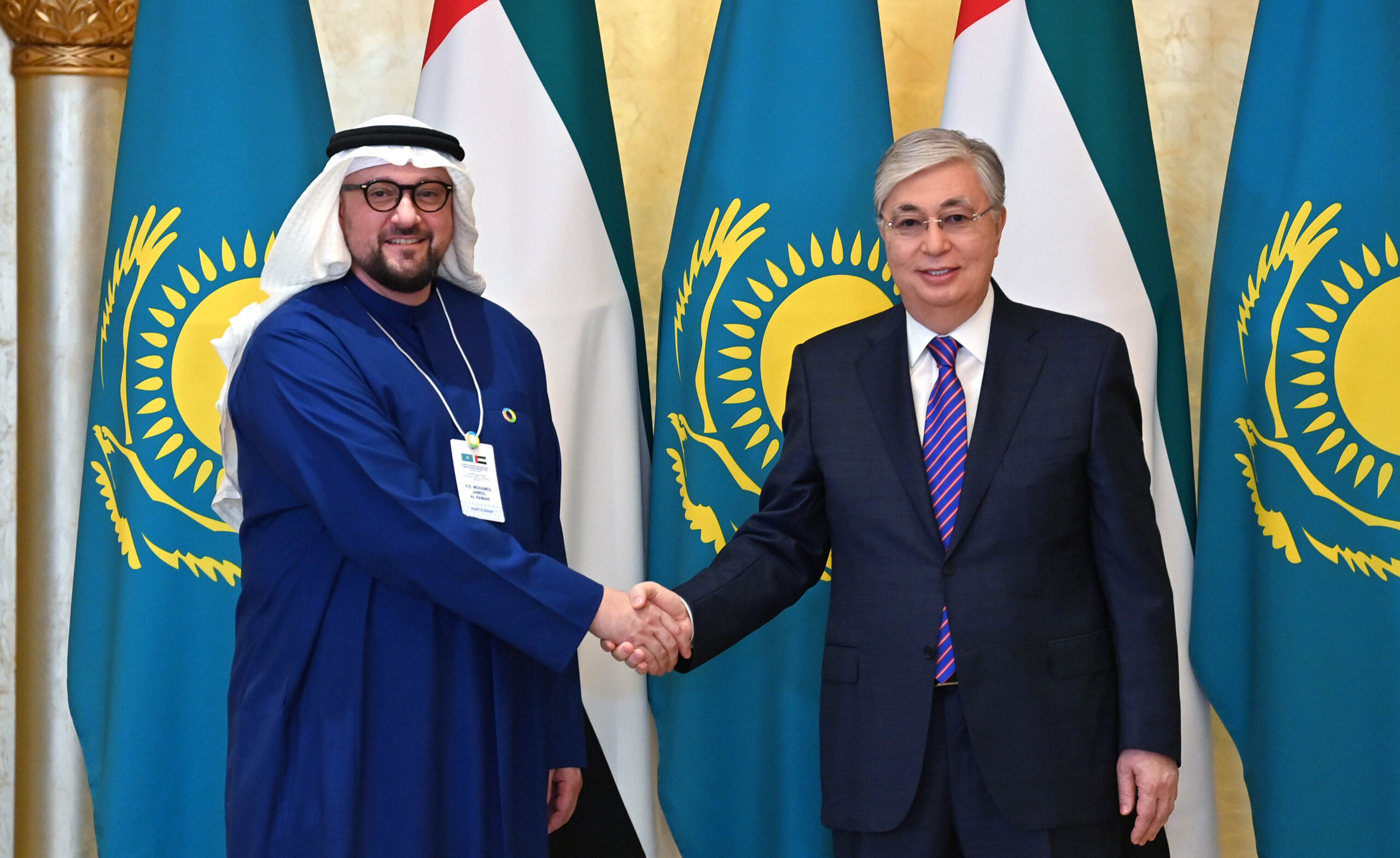 The President also met with Sheikh Suroor bin Mohammed Al Nahyan, a member of the ruling family of Abu Dhabi, UAE businessman and shareholder of the First Abu Dhabi Bank.

Tokayev invited the companies of Sheikh Suroor bin Mohammed Al Nahyan to implement projects under a joint declaration on the establishment of strategic investment projects between the governments of the two states signed on Jan. 17. 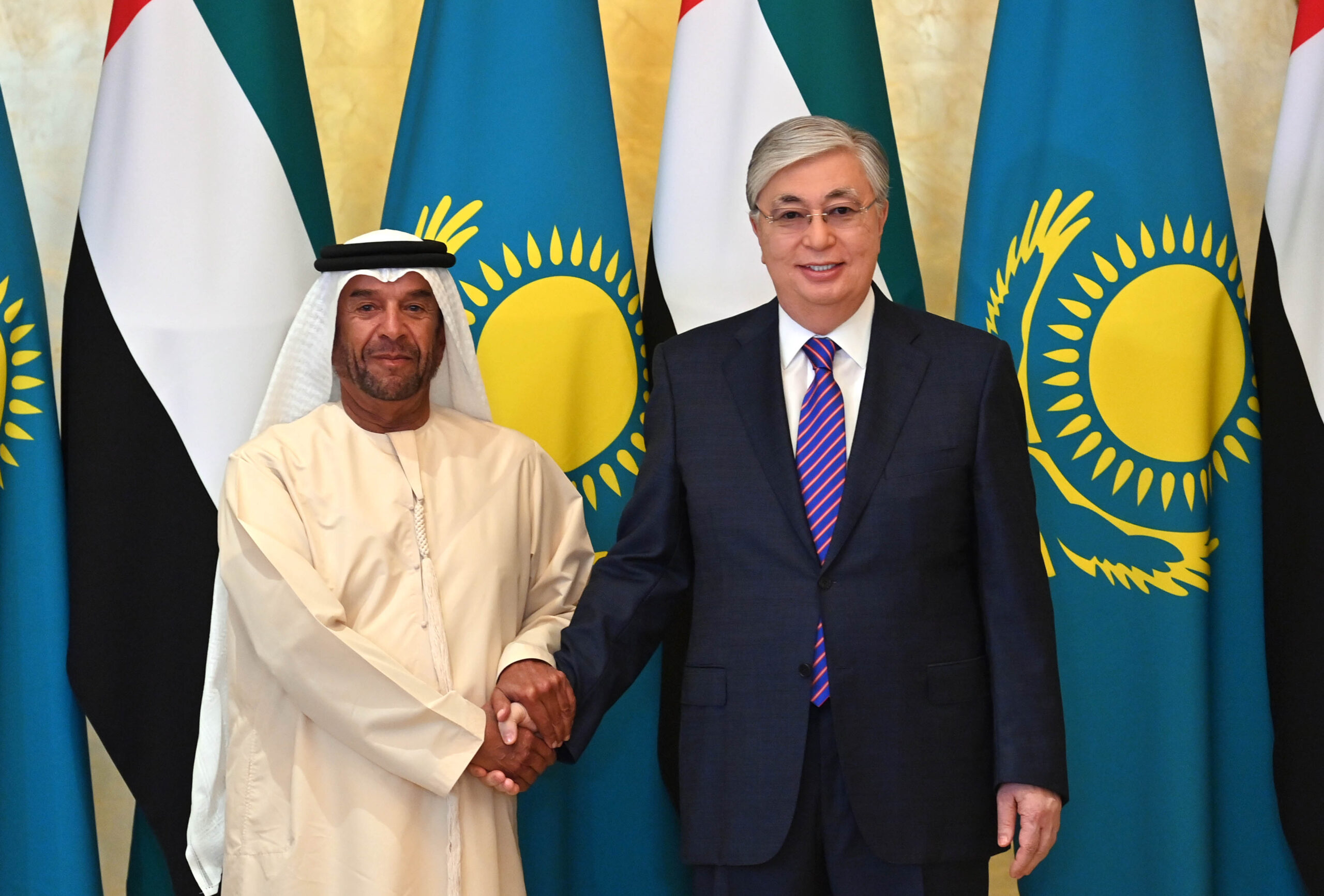 During the meeting with the Vice President, Prime Minister of the UAE and Ruler of Dubai Sheikh Mohammed bin Rashid Al Maktoum on Jan. 18, the Kazakh President focused on the work of the Astana International Financial Center, which had established relations with the UAE’s key financial institutions. He emphasized the importance of intensifying ties between the business leaders of the two countries and invited Sheikh Mohammed bin Rashid Al Maktoum to pay an official visit to Kazakhstan.

In turn, Sheikh Mohammed bin Rashid Al Maktoum confirmed his commitment to strengthening economic cooperation between Kazakhstan and UAE and thanked Tokayev for the invitation.