ASTANA – At least 56 Afghan women are continuing their studies in Kazakhstan’s universities as part of Kazakhstan’s year-long efforts to support Afghan nationals whose country is now in economic and social turmoil. 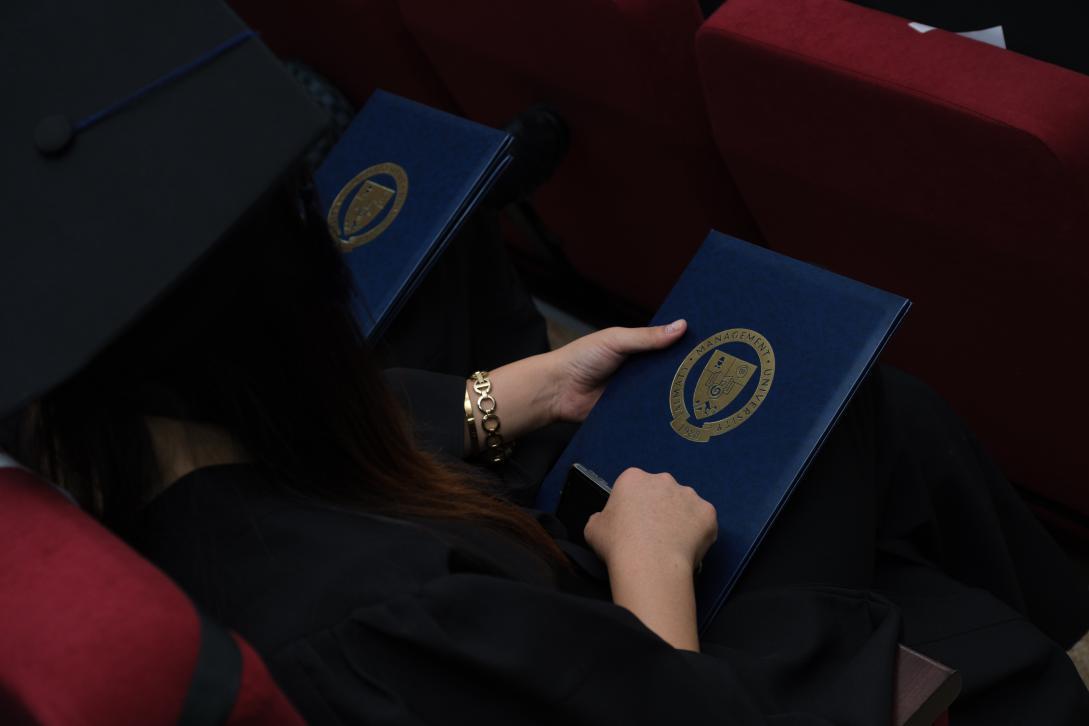 A woman graduating and holding a diploma from the Almaty Management University. Photo credit: eeas.europa.eu

The young women are participants of an academic scholarship program launched by Kazakhstan, Uzbekistan, and Kyrgyzstan and funded by the European Union (EU) in 2019 to provide education to Afghan girls. The United Nations Development Programme (UNDP) runs the scholarship.

Ninety female students from Afghanistan have taken part in the scholarship program, an immense opportunity for many of them, while millions of girls and young women are barred from classrooms in Afghanistan.

The scholarship includes bachelor,  master, and technical vocational level education. All students also undergo a foundation language preparation year to increase their English level and to prepare them for degree-specific education at other universities.

The second phase of the project was launched in 2021. It was extended geographically to include Kyrgyzstan, giving an opportunity to an additional 105 Afghan women to receive education in Kazakhstan, Uzbekistan and Kyrgyzstan.

In August, 50 Afghan women graduated at Almaty Management University (AlmaU) and went on to continue their degree-specific education at three host universities in Almaty.

In a May 2022 interview with The Astana Times, Suhila, 23, one of the Afghan students, described the scholarship as a “golden chance” to continue her education. She said that she felt comfortable in Almaty since the moment that she arrived there.

“When we arrived in Almaty, we went around the city and to the mountains. We went shopping. I also improved my basic Kazakh and Russian while talking to the local students,” said Suhila, who studies marketing. “Why marketing? It was my dream to become a businesswoman. I have some skills necessary for marketing like communication and knowledge of languages. In Afghanistan, we do not have many businesswomen.”

The EU-funded scholarship is part of Kazakhstan’s broader efforts to support Afghan nationals by giving them a chance to study. These efforts date back to Nov. 22, 2009, when the governments of Kazakhstan and Afghanistan signed an agreement on cooperation in education.

That agreement saw at least 1,000 Afghan citizens study in Kazakhstan from 2010 to 2021, sponsored by the government of Kazakhstan. Seven hundred studied in higher education institutions, and 300 in technical and vocational institutions.

One hundred and twenty Afghan nationals got a chance to receive an education in Kazakhstan from 2018 to 2022. In the current academic year, 25 Afghan students were accepted, and 30 were enrolled in preparatory courses.

Another 140 Afghan nationals study in Kazakhstan under a scholarship program of the Bologna Center launched in 2019 for citizens of Central Asia, including Kazakh nationals who are not citizens of Kazakhstan.

Overall, 454 Afghan students studied at the universities of Kazakhstan in 2022.

At a third meeting of the special representatives and envoys of Central Asian countries and the EU for Afghanistan in Brussels on Jan. 19-20, Talgat Kaliyev, Kazakhstan’s Ambassador-at-Large and Special Representative of the President on Afghanistan, confirmed that the country’s universities would continue participating in the EU-funded and UNDP-implemented educational program for Afghan students in Kazakhstan, Kyrgyzstan and Uzbekistan. 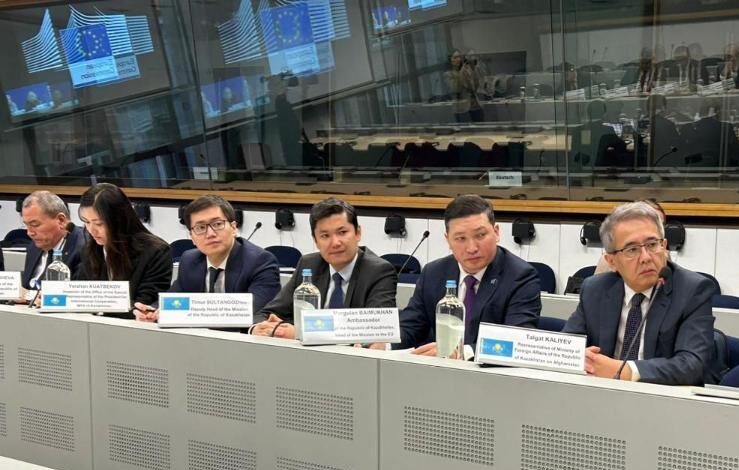 Besides other measures, he called on his counterparts to support Kazakhstan’s initiative to establish a regional center for sustainable development in Central Asia and Afghanistan under the aegis of the United Nations to enhance the efficiency of international assistance to the Afghan people.

“Kazakhstan remains committed to its pledges in the humanitarian sphere, including providing places in its universities for Afghan girls. The first is the grants provided by the government of Kazakhstan to study at our universities, and the second is the program funded through UNDP,” he said in an interview with Khabar TV channel.

“We know that your country actively supports Afghanistan. This is part of the security dialogue, which also concerns the stabilization of the situation inside the country. The office of the UN Assistance Mission in Afghanistan has been relocated to Almaty, and Kazakhstan has made some of the most active and productive suggestions for moving forward and working together,” she said.

The education of Afghan women was also discussed during the visit of UN Deputy Secretary-General Amina Mohammed to Kazakhstan and her meeting with the country’s First Deputy Foreign Minister Kairat Umarov on Jan. 22.