By Aibarshyn Akhmetkali in Central Asia, Editor’s Picks on 21 January 2023

ASTANA – Leading experts on strategic studies from Kazakhstan, Kyrgyzstan, Uzbekistan, Tajikistan, and Turkmenistan discussed the challenges and opportunities the Central Asian states might face in this decade at the Central Asia 2030: Visions of the Future conference in Astana on Jan. 20. 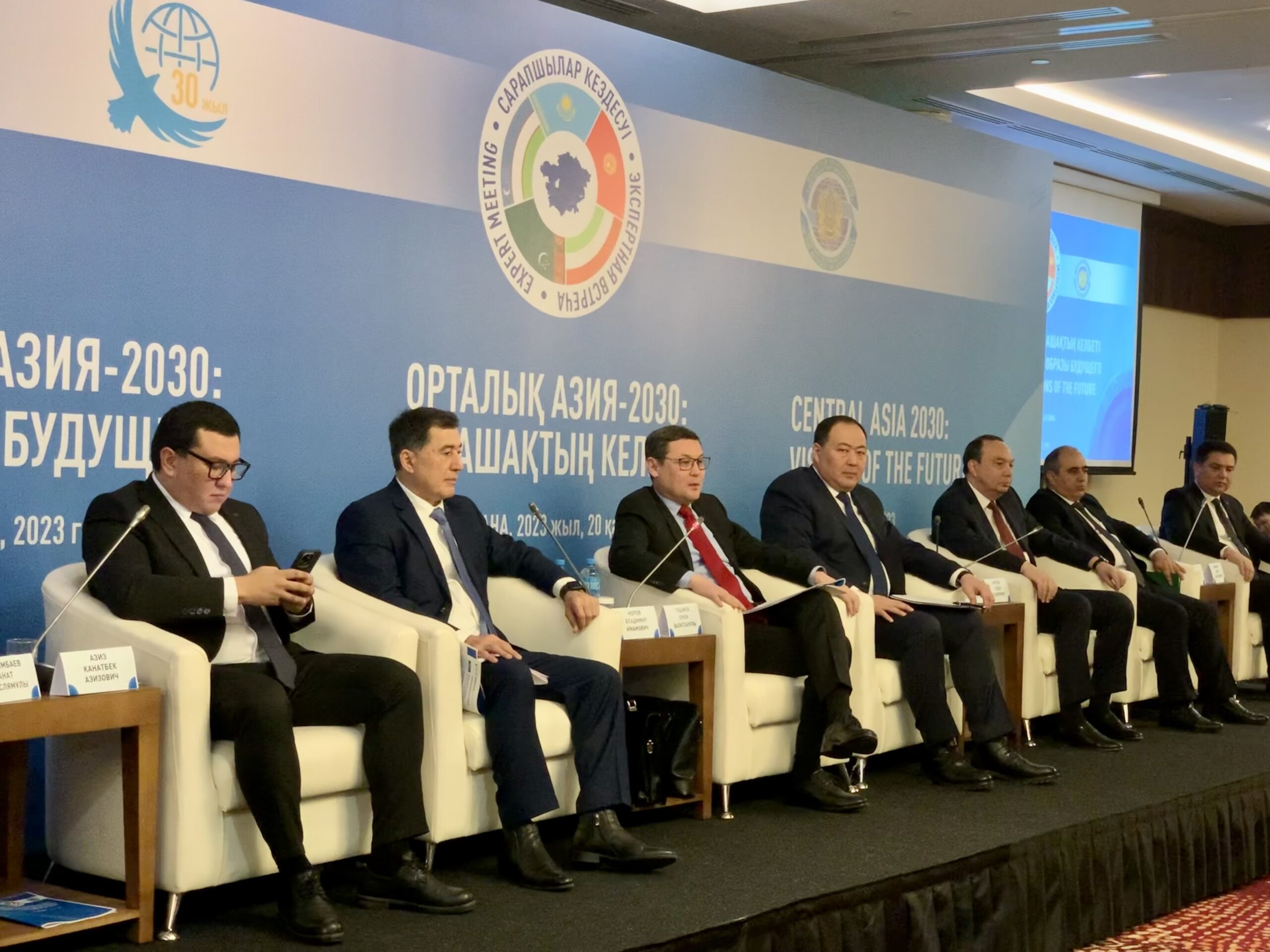 Experts from Kazakhstan, Kyrgyzstan, Uzbekistan, Tajikistan, and Turkmenistan gathered in Astana to discuss challenges and opportunities of the Central Asian region. Photo credit: The Astana Times.

Kazakh Deputy Minister of Foreign Affairs Yermukhambet Konuspayev started the session by stating that regional cooperation at the highest level has resulted in an increase in regional trade.

“Since 2018, the volume of mutual trade of Central Asian countries has increased by almost 50 percent. In order to further increase trade and economic cooperation, a number of important logistics projects in Central Asia are being developed,” he said.

“According to international estimates, the region’s potential to attract foreign direct investment over the next 10 years is estimated at up to $170 billion. This includes up to $70 billion in non-resource sectors of the economy,” he added, highlighting the high investment potential of the region.

The session proceeded with a discussion of the challenges for the region and new policy objectives to tackle them.

According to Yerkin Tukumov, director of the Kazakhstan Institute for Strategic Studies (KazISS), increasing strategic uncertainty, geopolitical fragmentation, and regional identity issues might become major threats in the region in the following decade.

“There is a need for new structural reforms and, in general, to adapt our models to some common Central Asian understanding of our development,” he said.

Regarding common identity, Tukumov said that this is a time to think about what Central Asian nations have in common in terms of culture, history, traditions, and language roots.

“We need to do sociological research to understand what values we share. Our task is to develop our values ourselves, rather than them being imposed on us from the outside,” he said.

Speaking on the possibility of incorporating positive change in the region, Tukumov said that there are as many potential opportunities as there are challenges.

“No single state alone can meet all the challenges that currently exist. Even if one state can cope, it is not certain that the failures of other states will offset the successes of that state,” Tukumov said.

The expert also mentioned diversification of the economy along with the competitive advantage of each state as important drivers in the development of the whole region.

According to the Director of the Uzbekistan Institute for Strategic and Regional Studies Eldor Aripov, climate change will inevitably affect the water security in the region, making it a high-priority challenge to tackle.

“Already now we see the problem of desertification of lands, reduction of glaciers in Kyrgyzstan and Tajikistan. These glaciers are the main source of water needed in the region,” said Aripov.

According to the estimates, the flow of water into the Amu Darya River may decrease by 15 percent, and into the Syr Darya River by five percent by 2050.

“According to the same estimates, agricultural productivity could decline by 30 percent by 2050,” said Aripov. “This could create a food security problem. So a whole range of problems related to a single ecology, climate change, water consumption, might require us to address them urgently.”

Vladimir Norov, director of the International Institute for Central Asia located in Uzbekistan, highlighted that limiting the activity of regional terrorist organizations and cybersecurity would be serious upcoming challenges for the region.

“Kyrgyzstan, represented by the National Institute for Strategic Studies, has been following the proposed reforms for the New Kazakhstan since the announcement of the referendum,” he told journalists.

“Independently, as a presidential institution, the head of state will not be able to implement [the reforms]. Certainly, there must be the support of the executive branch and the support of the legislative system,” he said, expressing his support for the political system reboot initiated by the President that started with a presidential election on Nov. 20 and continued with the upper chamber of the Parliament, the Senate election, on Jan. 14.

Recently, President Tokayev announced early elections to the Mazhilis, the lower chamber of the Parliament, scheduled for March 19.