ASTANA – Svevind, the company behind Europe’s largest wind farm in Sweden, is running a green hydrogen project in the Mangystau Region, seeking to establish Kazakhstan as a reliable supplier of green energy in the form of hydrogen and ammonia for the global markets, said the company’s CEO Wolfgang Kropp in an interview with The Astana Times. 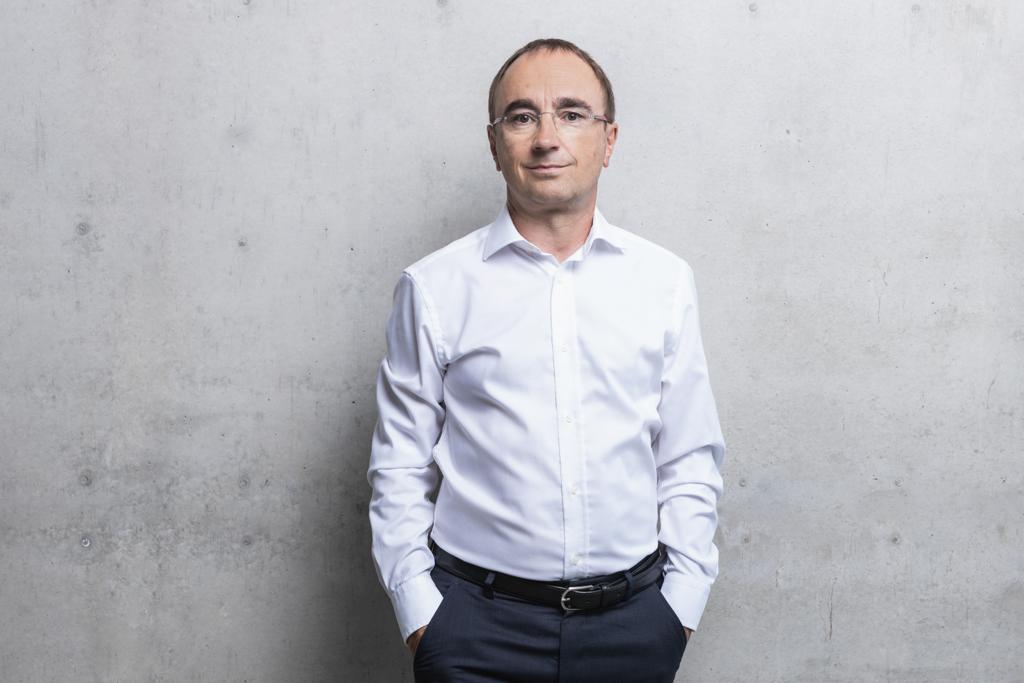 Svevind, a privately owned German-Swedish group of companies in the renewable energy industry, has been developing and operating onshore wind power, solar and green hydrogen projects since 1998. Its major asset is Markbygden 1101, Europe’s largest and most powerful onshore wind farm.

Kropp said green hydrogen could be produced at low costs only at sites with significant renewable resources, at a large scale and with vast available land.

“In 2018-2020, Svevind scanned Eurasia and Northern Africa for regions that could be future places to realize our vision of a large-scale green hydrogen production facility. Kazakhstan and especially its Mangystau Region with its vast steppe areas, strong winds and above average solar radiation fits the criteria perfectly,” said Kropp. 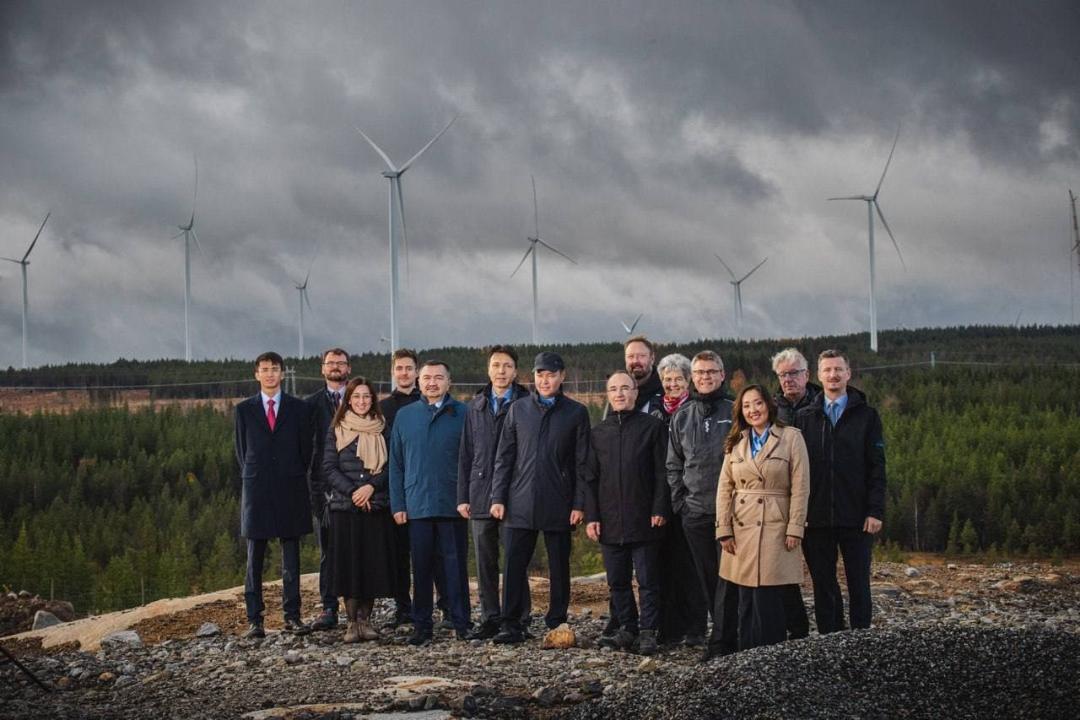 The green hydrogen project the company is running in Kazakhstan is called Hyrasia One.  While the negotiations have been ongoing for the past two years, it went significantly ahead with the signing of an investment agreement by Kropp and Kazakhstan’s First Deputy Prime Minister Roman Sklyar on Oct. 27 in Astana and a memorandum of understanding signed by Kazakh Prime Minister Alikhan Smailov and European Commission President Ursula von der Leyen at 2022 United Nations Climate Change Conference (COP27) on Nov. 7 in Egypt.

On Dec. 14, Svevind signed a contract with ILF Consulting Engineers to procure the concept design study, the next important step in project development.

“Like every visionary project of this magnitude, Hyrasia One was initially met with a lot of skepticism. After the first talks and presentations, however, the seriousness behind our vision and plans was recognized and enthusiasm grew. Since then, the project has enjoyed tremendous political support from the Kazakh authorities and the Kazakh government, including President Kassym-Jomart Tokayev,” said Kropp, who met with Tokayev in November 2021 to discuss the implementation of the Hyrasia One project. 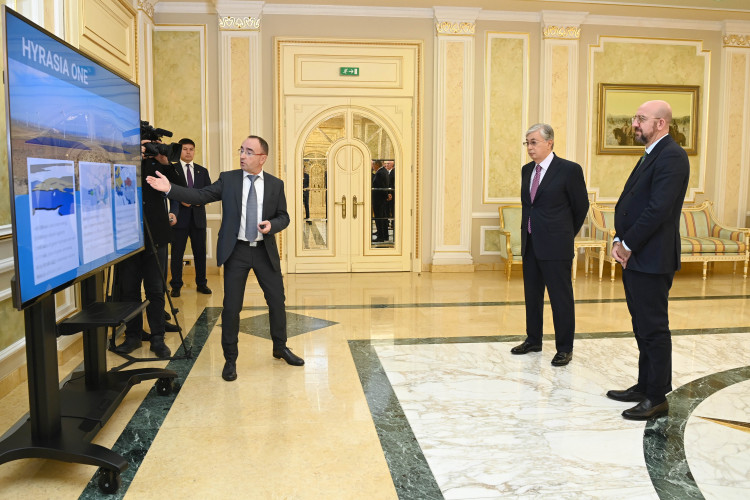 Kropp presents Hyrasia One project to President Tokayev and Charles Michel, President of the European Council, during the latter’s visit to Astana in October. Photo credit: Akorda.kz

Back then, Tokayev noted the project’s strategic importance for Kazakhstan and said the progress of the company’s projects in the country would be under his personal control.

“European countries are desperately looking for new energy suppliers, preferably green ones. Knowing that such a large green hydrogen production project is already under development was certainly a factor in starting intensified talks and ultimately signing the memorandum of understanding between the EU and the Kazakh government at COP27,” said Kropp. 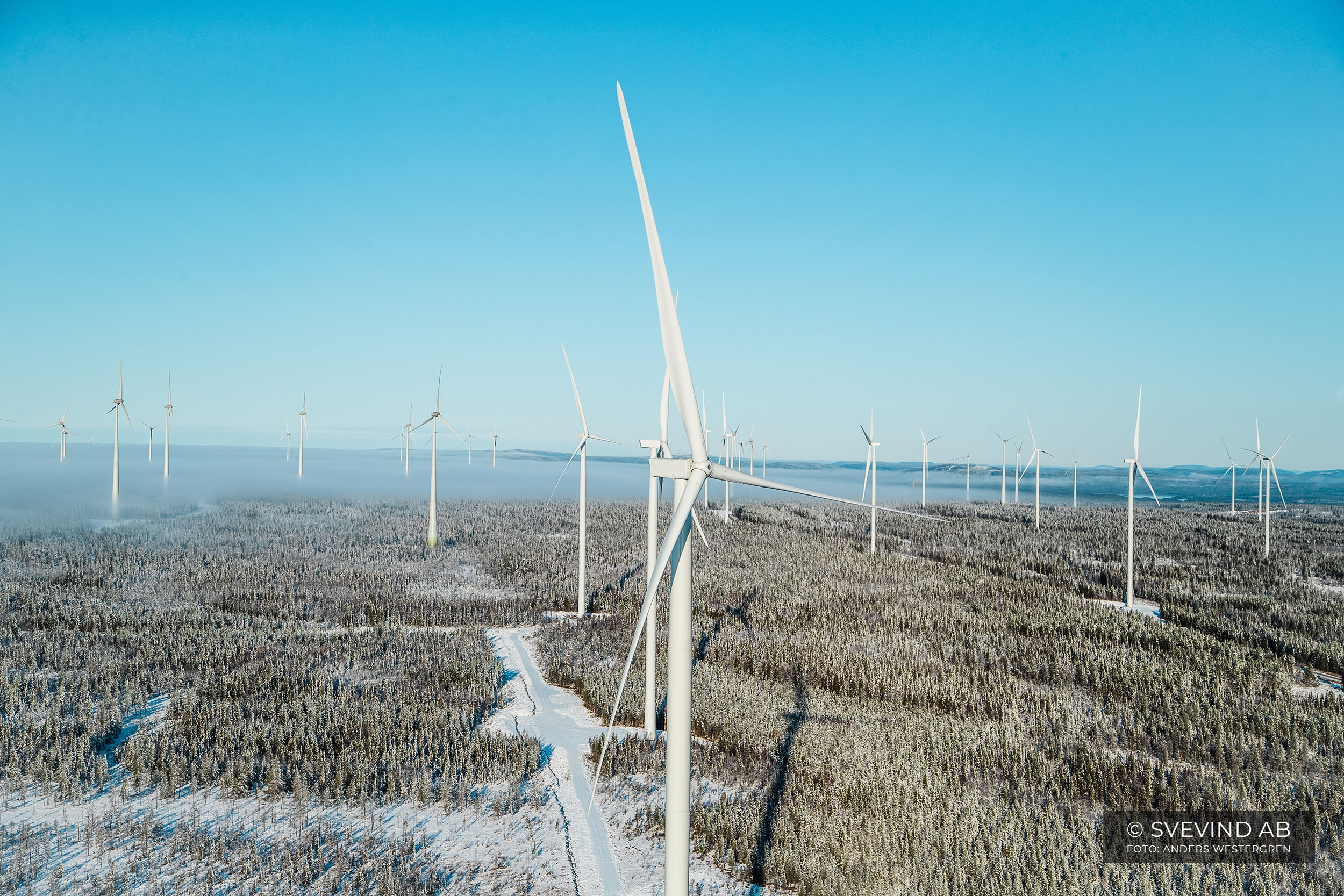 Kropp sees green hydrogen as a sustainable and carbon-free energy carrier in the mid-term and the “workhorse in the decarbonization of the global industry and societies.”

“Not every industry sector and not any energy demand can be electrified by using renewable electricity like wind energy, hydropower and solar energy. To reach the climate goals to become net-zero, around 500 to 800 million tons of green hydrogen are expected to be needed annually as early as 2050. Natural gas will lose its role as the spine of the global energy system and green hydrogen will be there to replace it,” said Kropp.

He said the production, which will use energy produced by solar panels and wind turbines to produce green hydrogen via water electrolysis, is expected to commission in 2030, and the power plant will reach its full capacity by 2032. The project involves constructing and operating a desalination plant with a capacity of 255,000 cubic meters per day, a 40-gigawatt renewable energy station and a 20-gigawatt water electrolysis production.

The annual capacity is estimated at two million tons of green hydrogen.

The company also sees significant potential for export to Europe, facing challenging times after Russia cut its energy supplies. The plant’s production capacity is estimated at one-fifth of the amount the EU will import in 2030.

“Exporting this green hydrogen or green ammonia, for instance, to Europe as one of today’s most developed markets is one possibility for the use of the production. The usage of hydrogen in  Kazakhstan or the settlement of industrial companies in the Mangystau region is another very sound opportunity to export to other countries in Eurasia, for example, to Southeast Asia,” said Kropp.

According to him, the project implementation should have broad public support.

“The production of green hydrogen offers huge development potential for the region and its population by creating new high-level, long-term jobs. To tap this potential, we need trust, courage to change and the will to support this project. Hyrasia One is to be implemented and operated by the Kazakh people and it will create value for the Kazakh economy,” said Kropp.

The project’s preliminary cost ranges from 40 billion euros (US$42.5 billion) to 50 billion euros (US$53 billion). The exact costs, however, can only be known once the procurement process of all equipment, construction works, wind turbines, and industrial installations is completed.

“The underlying assumptions are based on current market conditions, further cost degradation [e.g., for electrolyzers], technological improvements and economies of scale considering the capacity of the project. Calculations will become accurate close to the final investment decision, which is planned to be taken in 2026,” said Kropp.

Regarding other potential projects in Kazakhstan, Kropp said the focus is now on Hyrasia One, but he did not exclude the opportunity of starting projects elsewhere in Kazakhstan.

“Of course, Kazakhstan offers other regions with similar conditions to produce renewable energy and green hydrogen. Of course, we have more plans to start more projects in this great country,” he added.