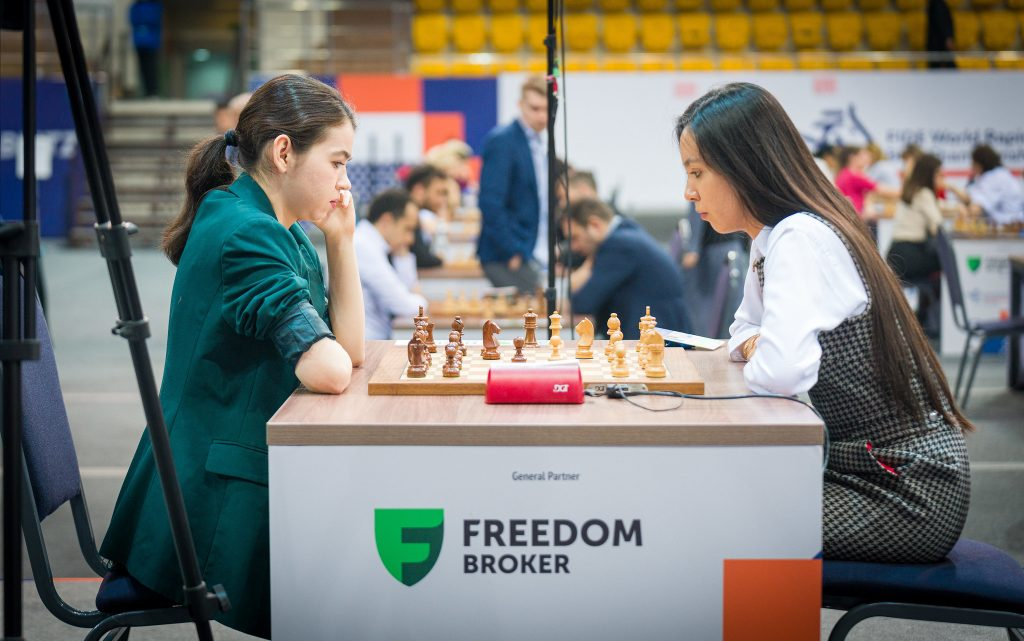 Kazakh President Kassym-Jomart Tokayev congratulated Saduakassova, noting that the country is proud of the achievements of its chess players, which are a testament to the high level of the national chess school and inspire young people to take up this sport.

Following four days of the matches, Saduakassova faced Chinese player Tan Zhongyi in the final, where after 11 rounds ending in a tie, Zhongyi won in a tie-breaker blitz. Saduakassova retained the silver status for Kazakhstan after Bibisara Assaubayeva’s second place in Poland last year.

A few other Kazakh chess players entered the top 30, including Zhansaya Abdumalik, who took fifth place and received congratulations from President Tokayev.

Magnus Carlsen won the gold in the Men’s section.

The championship with a million-dollar prize fund will continue with the Blitz until Dec. 30.