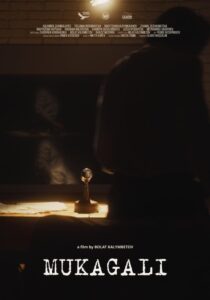 The St. Andrews Film Festival is an international film festival and a Scottish charity dedicated to the exhibition and celebration of international cinema, focusing on emerging talent from Scotland and the world.

The film, dedicated to the 90th birth anniversary of the famous Kazakh poet Mukagali Makatayev, depicts the story of his final years.

Premiered on Oct. 21 last year in Kazakhstan, “Mukagali” received the Ecumenical award at the 25th edition of the Tallinn Black Nights Film Festival.

The film won the top prize in October at the META Film Festival in Dubai.